So far we’re on schedule to arrive at Crick by Friday.

Yesterday was a nine-hour day. Not too bad. It was though, rather a wet one for poor Barry at the back of the boat! By the time we arrived at the first lock the rain had abated a little.

Half way down the Lapworth Flight a couple of voluntary lock-keepers appeared which helped to hasten our journey time.

Amazingly too almost every lock was in our favour. And we were fortunate to have a boat following us initially whose crew offered to open the two swing bridges for us. Marvellous.

People who know the story of Barry and I, will be aware that when I brought him to England to ‘meet the Walshes” (not the Fockers!), his condition for coming was to include a narrowboat holiday. At the time I was perplexed as to why he’d want to. New Zealand is a very ‘new’ country, with a sparse amount of history in comparison to Great Britain.

Additionally, and importantly, New Zealand has no canals.

We duly hired a narrowboat from AngloWelsh in Tardebigge called ‘Wye’. Barry, my mum and dad, and Kim my youngest daughter, came with us for four days and nights. We did a mini ‘Birmingham Ring’.

The trip itself had many fun and a few stressful times.

Yesterday was the first time we’ve done the Lapworth flight since then.

My dad was 87 years old when we did the trip, and he loved it I suspect even more than Barry did. At the drop of a hat he’d offer to take over the steering from Barry so he could ‘have a rest’. Barry’s never forgotten taking a shower whilst dad took over as we went through a long tunnel – and Barry bounced around the shower as the boat bumped along the walls! 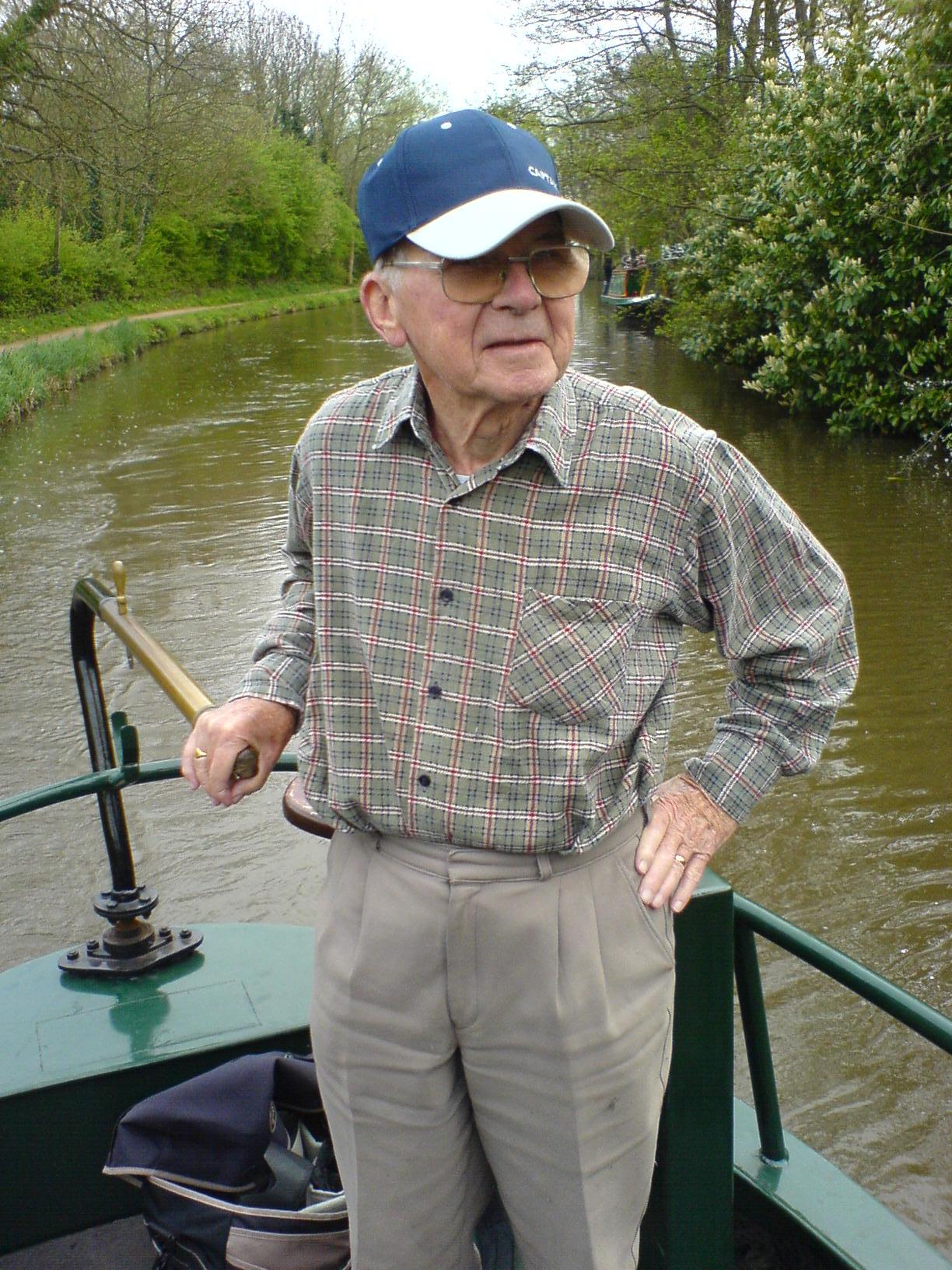 Dad in his element driving the 69 foot Anglo Welsh narrowboat ‘Wye’, with his ‘Captain’ cap on, hand nonchalantly at his side 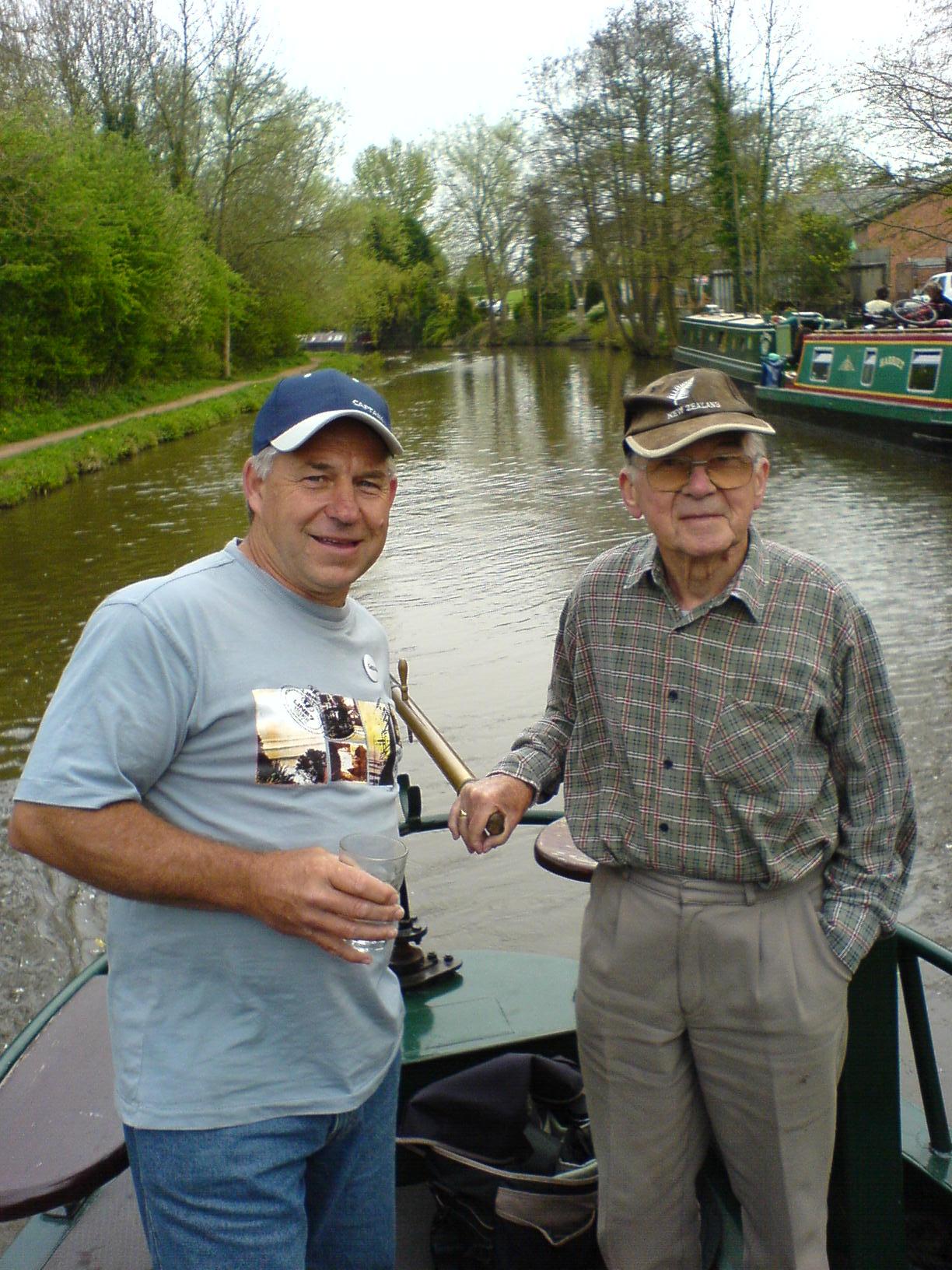 At one of the locks on the Lapworth flight, dad decided to come and help mum, Kim and I out. Barry had taken the boat out of the lock, and Kim was getting the next lock ready.

Dad walked back up to the upper lock gate and began walking across. I was winding the paddles down with mum and then shutting the gates, when I saw dad suddenly drop from sight!

Running up fearful for his life, I found dad’s head above the water, cap still in-situ, and an embarrassed grin on his face.

I held his hand and shouted to Barry to return as quickly as he could.

Barry abandoned the boat, Kim thankfully realised what was happening and jumped on board as the engine was still running, and Barry heaved dad out of the water.

Taking a wet, cold and shaking elderly man back to the boat for a hot bath and a cup of sweet tea, I remember thinking about my recent ‘adult rests’ update and where on earth I’d summon help from should he collapse.

Fortunately he didn’t and was fine.

As he relaxed in the small tub back on the boat, I walked past and he shouted “Sandra?“, “Yes?” I said. “Did Barry get a photo?“!!

Bless you dad. You had such a wonderful sense of humour.

I took a few photos this time … 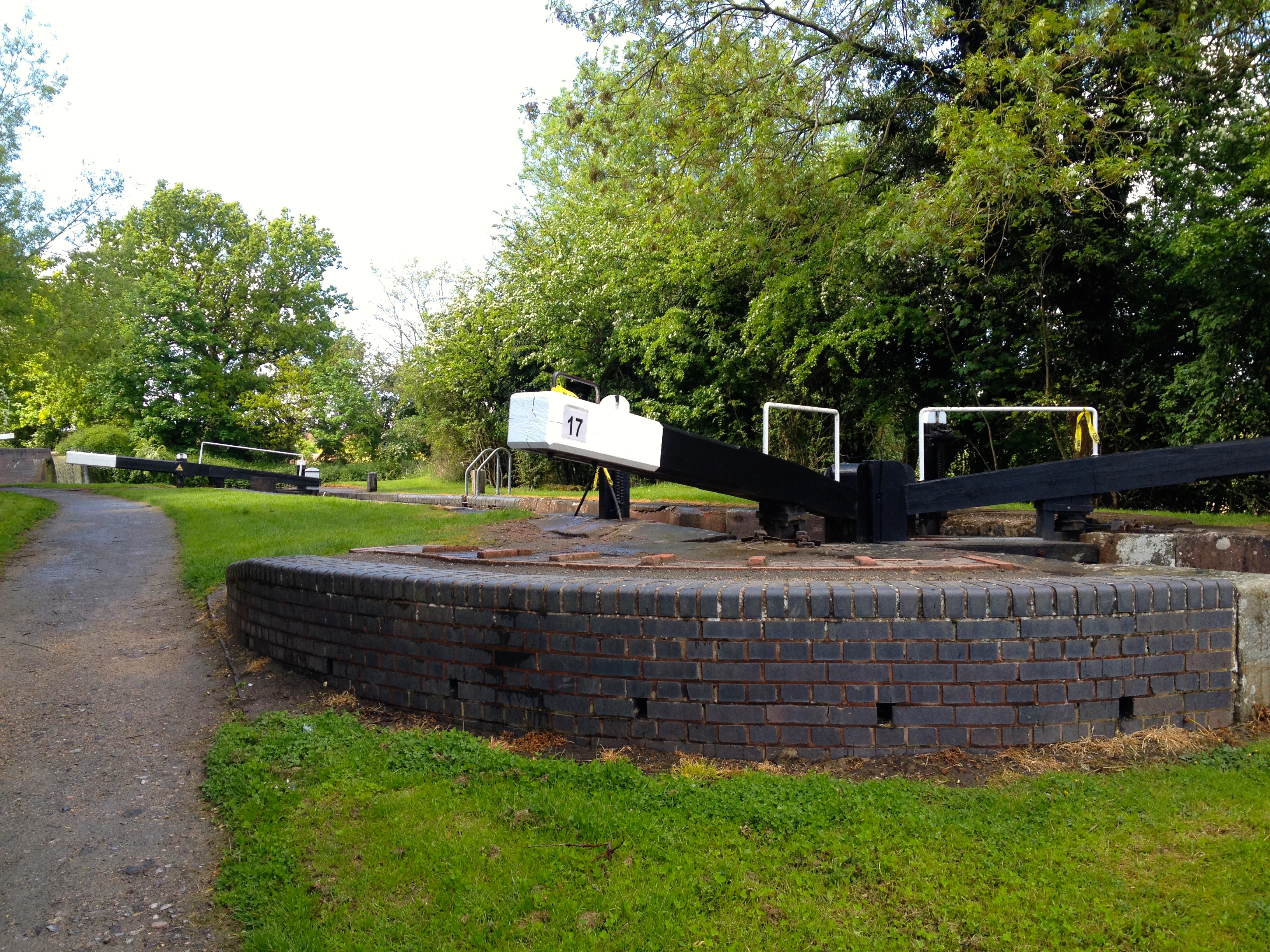 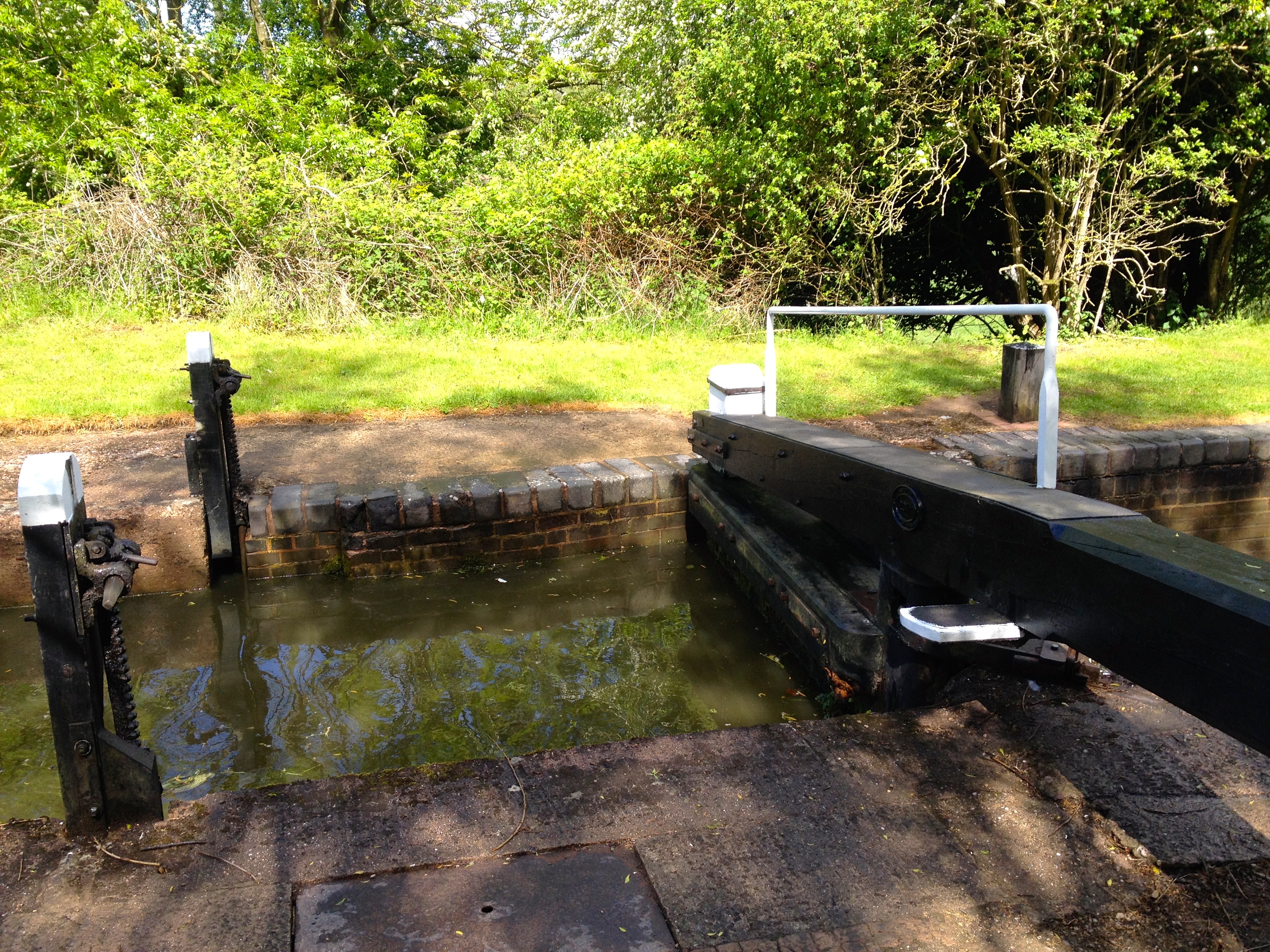 Looking at it now I wonder if he walked along the thinner part rather than on the top of the gate? 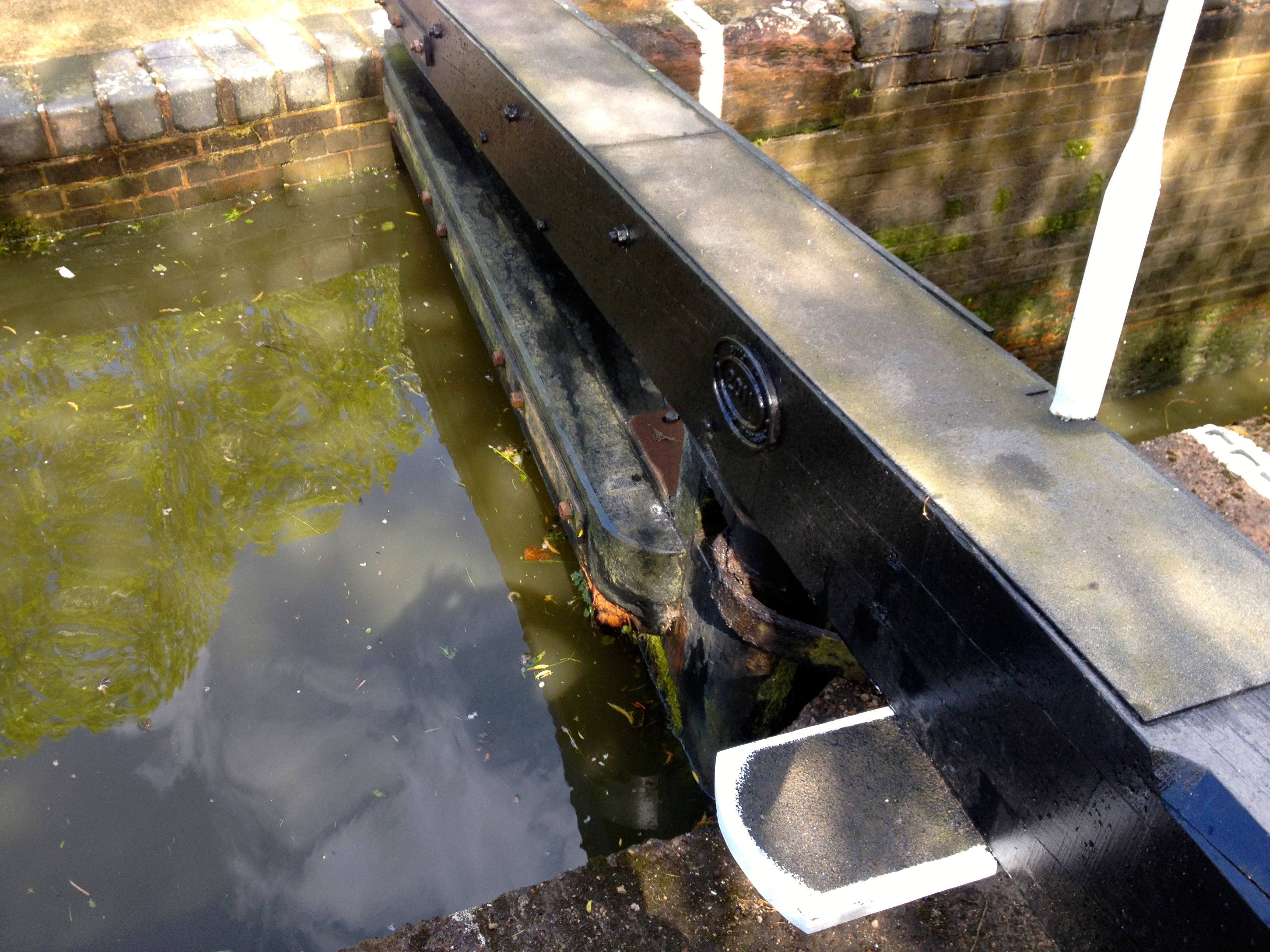 Dad’s head was peeping up in the corner here, as he held on to the ridge 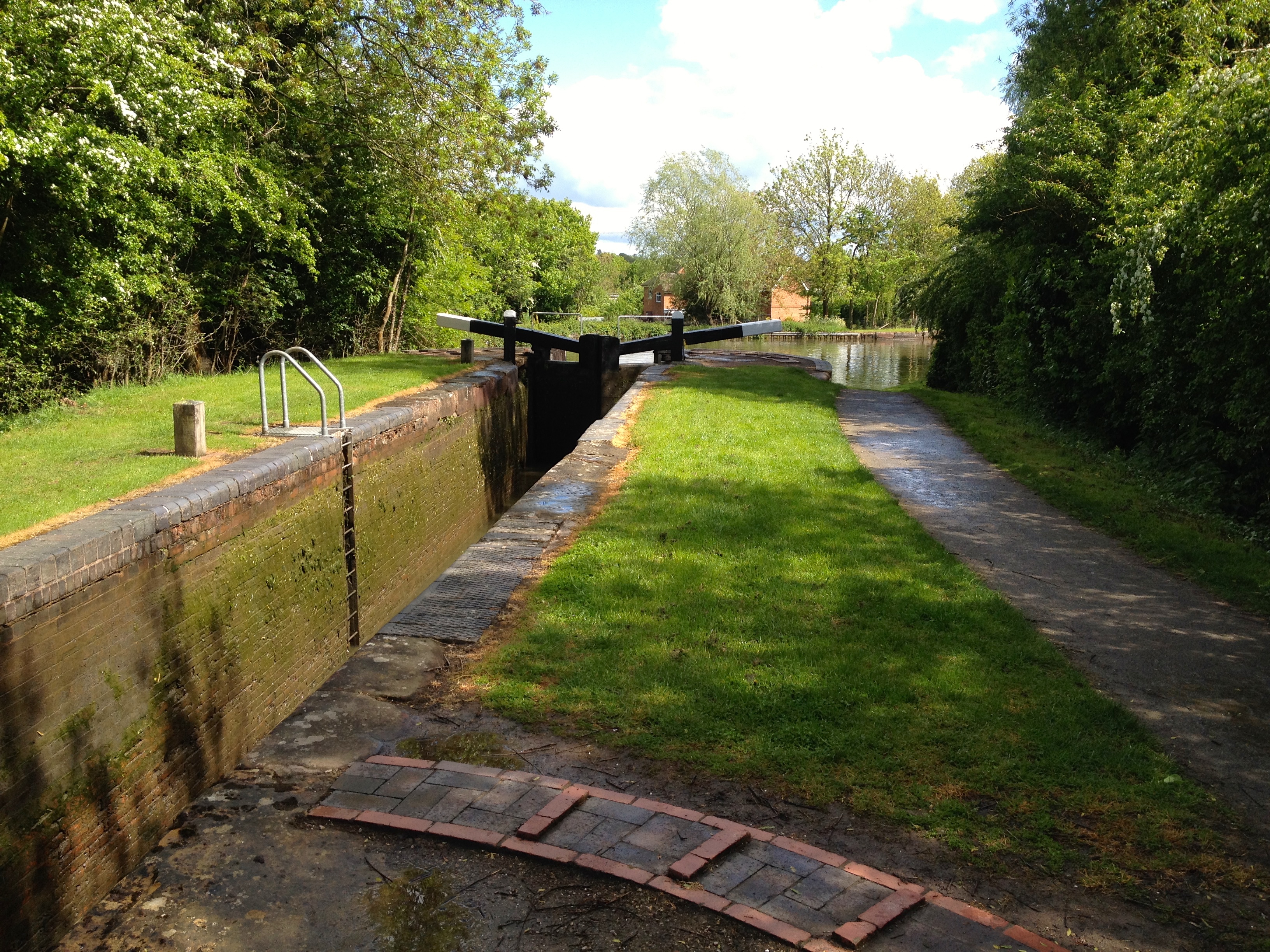 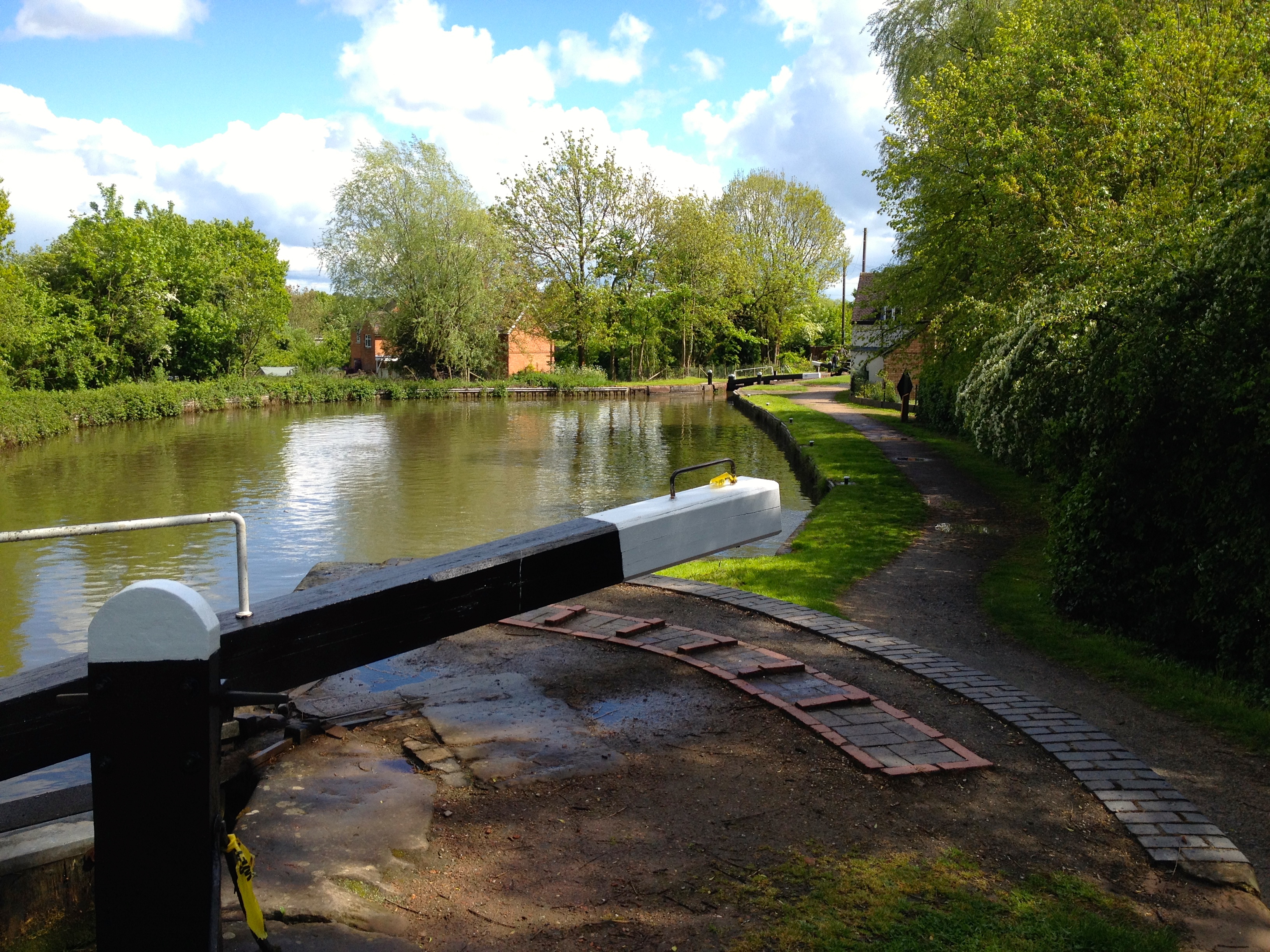 Later on during the holiday we moored at Alvechurch.

Dad, Barry and I had a walk into the village and a drink in the pub. We passed under the railway bridge on the way. The following morning dad had a cut on his head and mum told us he’d fell out of bed in the night and banged it on the floor. Apparently he’d been dreaming and was “jumping out of the way of a passing train”! 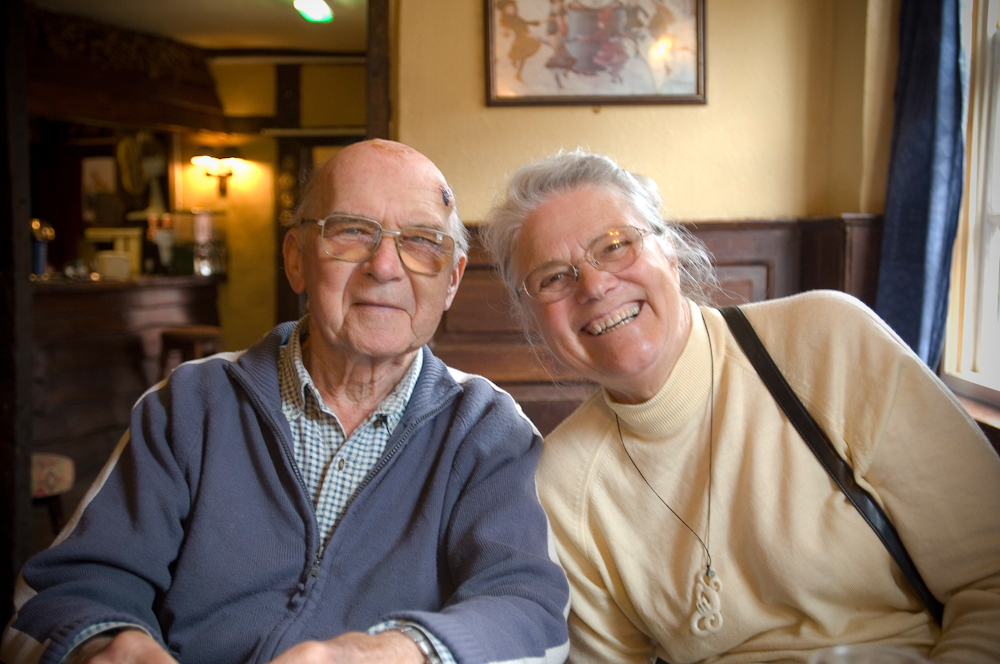 Dad in the pub after the trip – sporting his large forehead bump and black eye! Oh the dangers of boating … 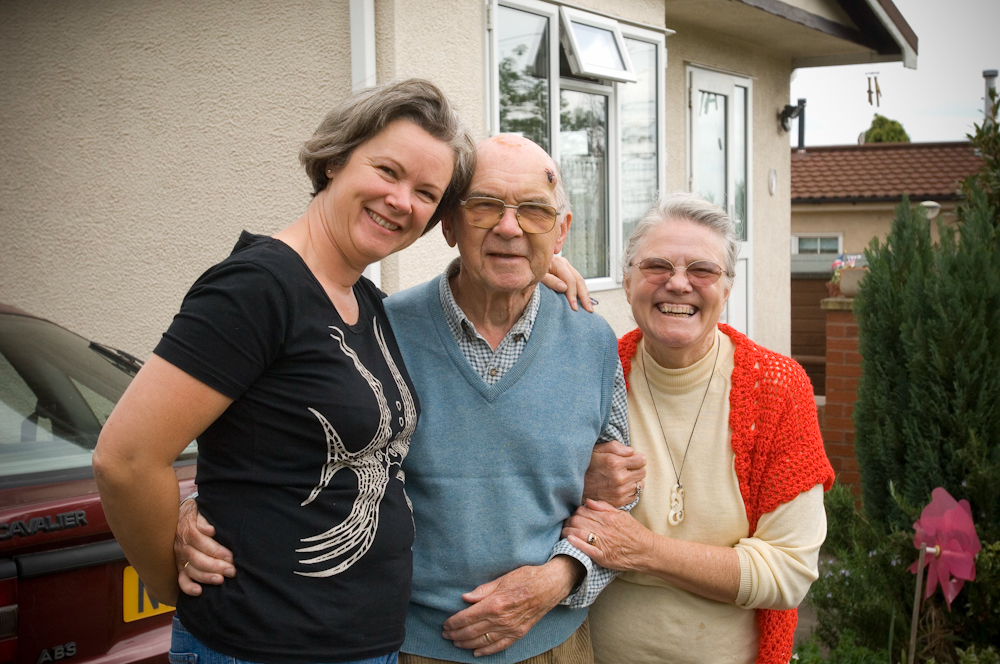 We’ve laughed so much with dad over the years about his escapades in this neck of the woods.

It was a tad emotional to be back.

I guess that’s how we become ‘immortal’, by leaving so many magical memories we’re never forgotten.

Half way down the Hatton flight

We made it to a long pound half way down the Hatton flight of 21 locks last evening around 7pm.

That was more than late enough to moor up and cook tea to recuperate ready for another long and potentially rain-filled day.