Our return visit to trade at St Richard’s Festival in Droitwich was a great success despite the unseasonal weather. I even got the bag of winter clothes back out from under the bed to put my long sleeved thermal top on or I’d have been an extremely cold face painter decorating ‘Frozen’ children!

The dismal days didn’t deter the crowds though, who descended in their droves. Admittedly Sunday and Monday fared better than Saturday – so unlike the last year when the sun shone brightly throughout.

I was Funtastic Facepainting at full-speed for three days – well as fast as I could go! I’m definitely considering asking another face painter to join me next year so the patient (mostly!) people don’t have to wait so long. A few children came who I’d painted last year, which was gorgeous to see them growing up.

I also intend to speed up too, and stop being such a perfectionist! 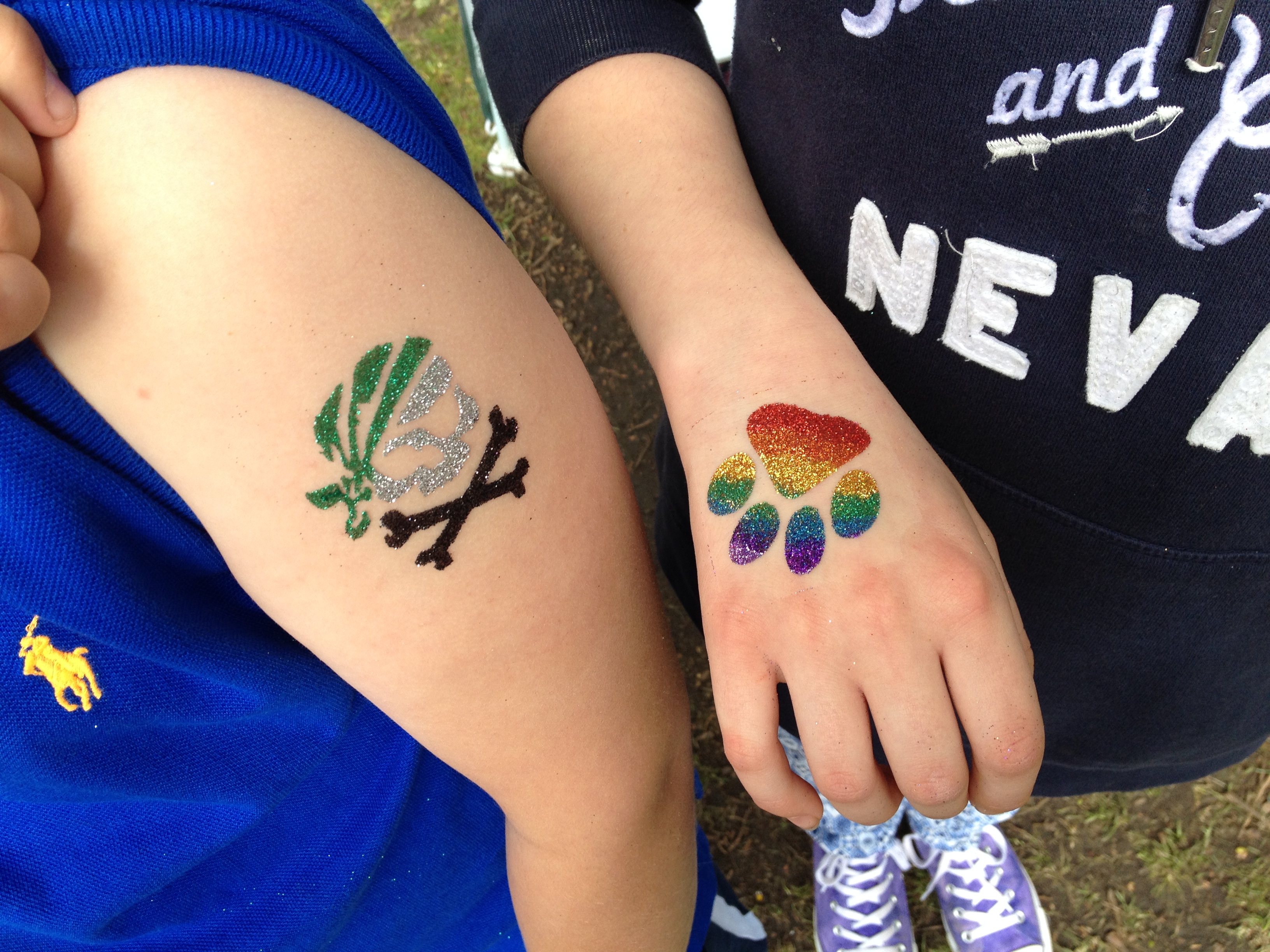 Glitter tattoos – I can post these photos here as they don’t show children’s faces!

My one disappointment was that someone, somehow, accidentally (?) managed to walk away with one of my photo-design books. 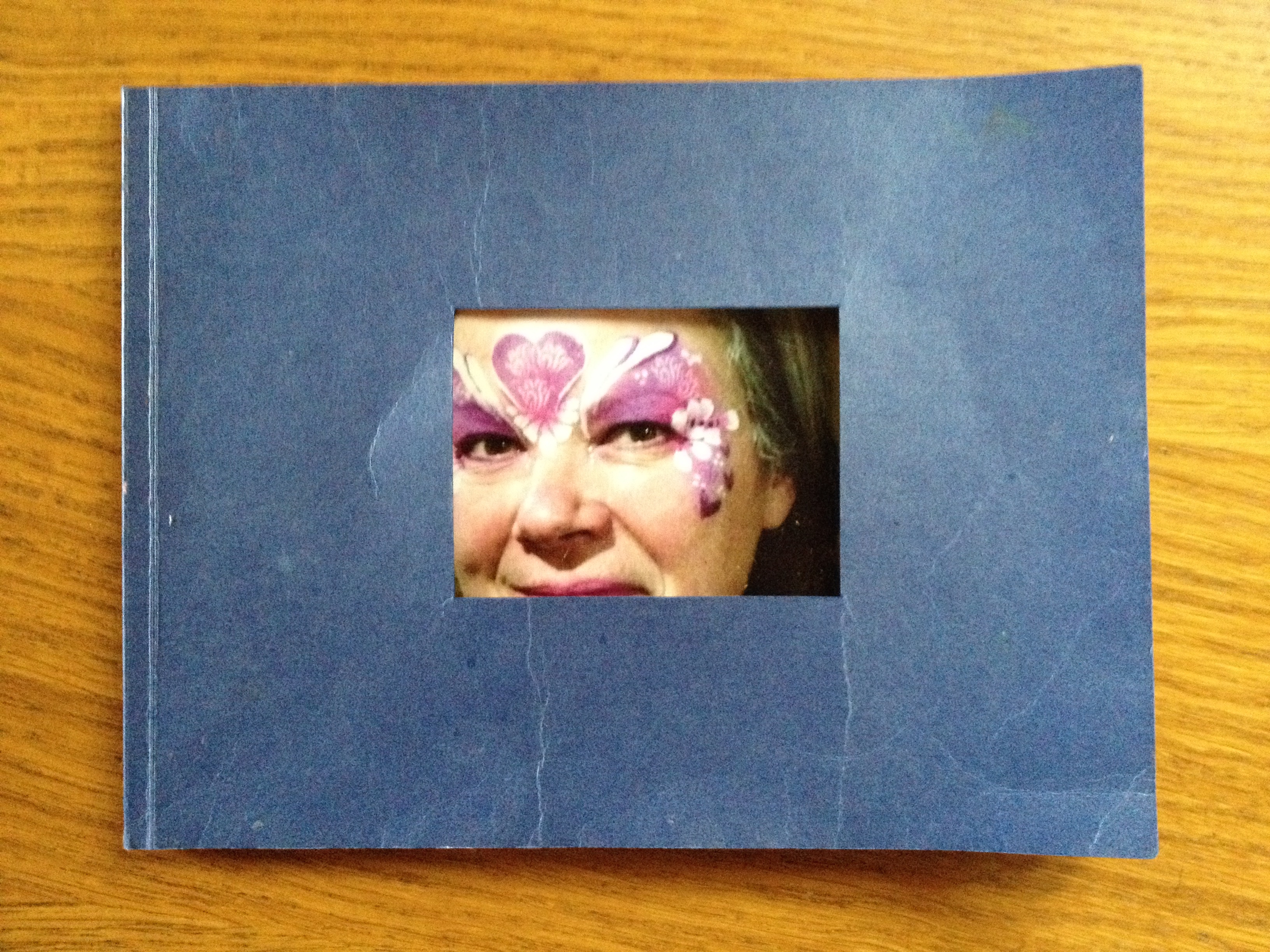 Luckily I had two …

That did sadden me, but was balanced out by my excitement in having a number of enquiries during and after the event.

I’m now booked to face-paint at the Throckmorton Air Show on 6th June, and have arranged to collaborate with a fellow face-painter at this event as tickets sales are around 15,000!

I’ll keep another potential event for 2016 a secret as it’s yet to be confirmed, but it sounds terribly exciting if it comes to fruition …

The Home Brew Boat also drew heaps of folks in – and it was really encouraging previous customers returned.

We frequently get told on our travels people have ‘seen the home brew boat‘ all over Social Media and television which is marvellous – the word seems to be spreading about the advantages of brewing your own.

Barry and his gift of the gab enthralled the crowds with his vast knowledge of beer, wine, cider and spirit making and mixing.

Helen and Andy on Wild Side were also trading, with Helen’s mum on board too (see Andy’s blog about it here), and at least one other trading boater who I unfortunately didn’t get to talk to, Louise Herriot, selling ‘Stunning Soutache’ jewellery. 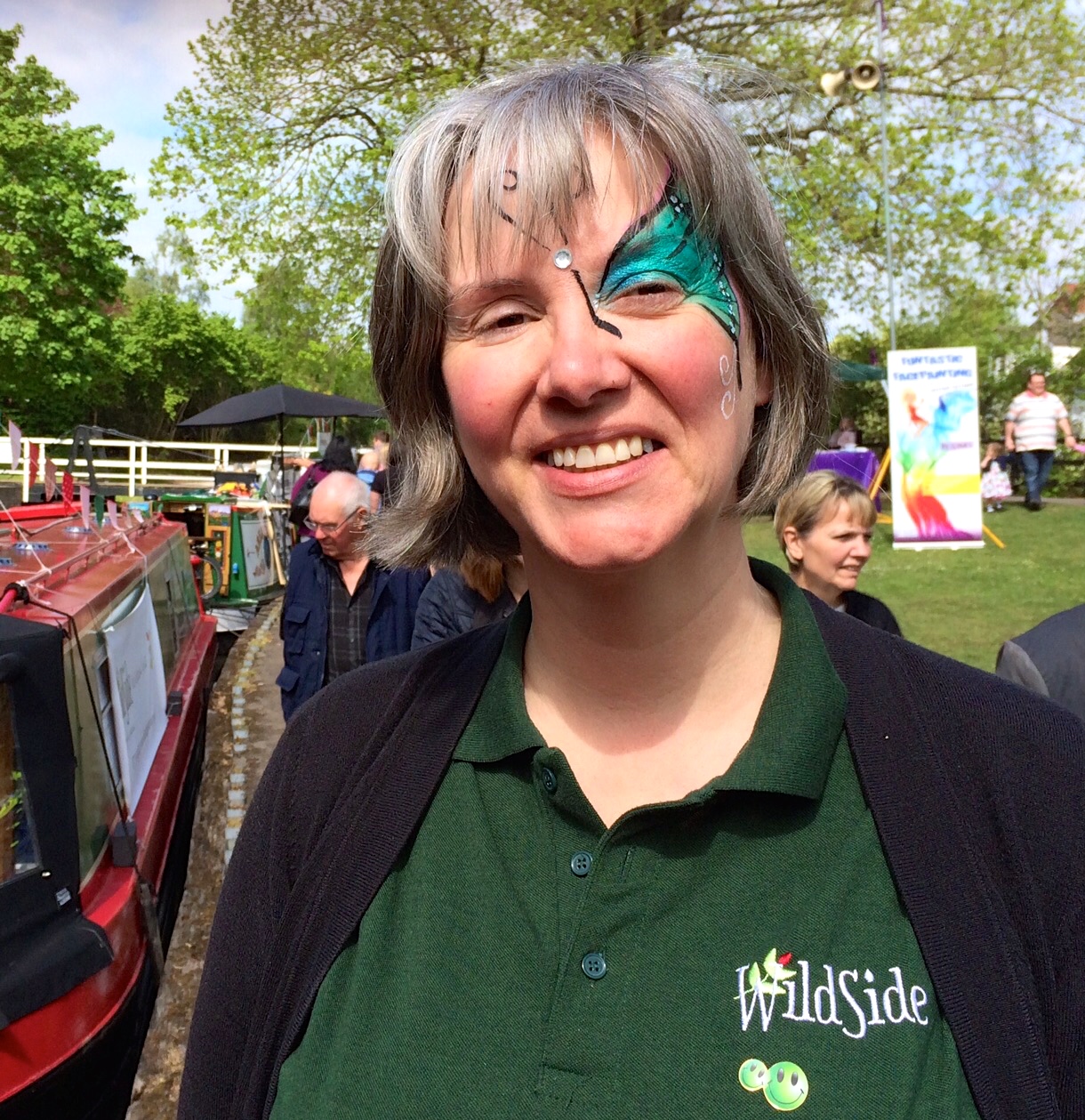 Helen got the facepainting started on Monday

St Richard’s Festival is such a well organised few days by the Worcester, Droitwich and Birmingham Canals Society. Thank you everyone, especially Adrian and Carol who kindly invited us out to dinner with the crew last night at The Gardner’s Arms.

We only left Droitwich today – well more accurately Barry and Areandare did!

We had a spot of engine trouble a few days ago, and lost the the ability to charge the batteries which is a potential disaster (especially where the vacuum toilet is concerned!).

I’d love to describe in detail the exact nature of the problem, and how the ‘kiwi-can-do’ attitude has hopefully sorted it, but it all goes over my head!

I unashamedly abandoned ship on Wednesday afternoon as I can’t ‘work’ without power for my laptop and mobile wifi device, and had a coaching client booked in for Thursday morning. As we’re near mum’s house in Ombersley, and I was planning on coming here anyway a couple of days later, it just got brought forward.

Barry’s now en route to Alvechurch ready for next weekend for their ‘Beer and Boat’ Festival. There’ll be celebration for the 200th anniversary of the Worcester, Droitwich and Birmingham Canals Society, and we’re both trading again.

I’ll be trying out my new pop-up gazebo and hoping for warmer, less windy weather. Surely we’ve got to get a bit of sunshine soon?

The word is out!

I’m confident I can blag about it now as the Crick Show crew have Tweeted to us today.

We’ve changed our previously scheduled stop at the RCTA Burton-on-Trent Floating Market on the weekend of 23rd May, and will be winging our way down south immediately following Alvechurch.

Barry will be moving the boat for the first couple of days as I’m needed up north again for grandson sitting (long and complicated story about being let down by the NHS that I shan’t go into here!). Please don’t feel sorry for him, he seriously loves boating alone for a few days. In fact I wonder occasionally if misses my cooking to prevent scurvy, more than my presence, a ‘chore’ he detests.

We feel highly honoured to have been asked, along with Helen and Andy from Wild Side, to participate on a panel at The Crick Boat Show on the weekend of 23rd May, which will be talking about ‘Running a Business on a Boat’. It involves two sessions on the Saturday between 2.15pm and 3.15pm, and Sunday from 3.30pm to 4.30pm.

To cap it all Hazel O’Connor is headlining on Sunday – woohoo! What a blast from my past.

I have to say, that life as a ‘water gypsy’ as a few people apparently love to call liveaboards in a derogatory fashion, is rather lovely. Nothing boring and monotonous about this simple yet splendid way of living and being.