Whatever happens this year in relation to Barry’s visa, one thing we know without a doubt is how incredibly fortunate we’ve been to meet so many lovely people – mainly through this blog!

The past four days have been enriching in many ways.

Not financially, we’ve had a steady trading weekend, nothing extraordinary.

Convivially though it’s been amazing!

First and foremost we’ve become acquainted with many fabulous fellow traders we’ve previously only know through the Roving Canal Traders Association Facebook page. It’s an alternative way of living and earning a living, on board a narrowboat, and it’s always a blessing to meet kindred souls.

Below are some photos I took of all the boats trading (not up to Barry’s standard of course), to give you a feel for the atmosphere over the four days – I’d even write in all the boater’s names but my ageing memory hasn’t served me well and I’ve forgotten a few names, so thought it best not to put any in so as not to offend! 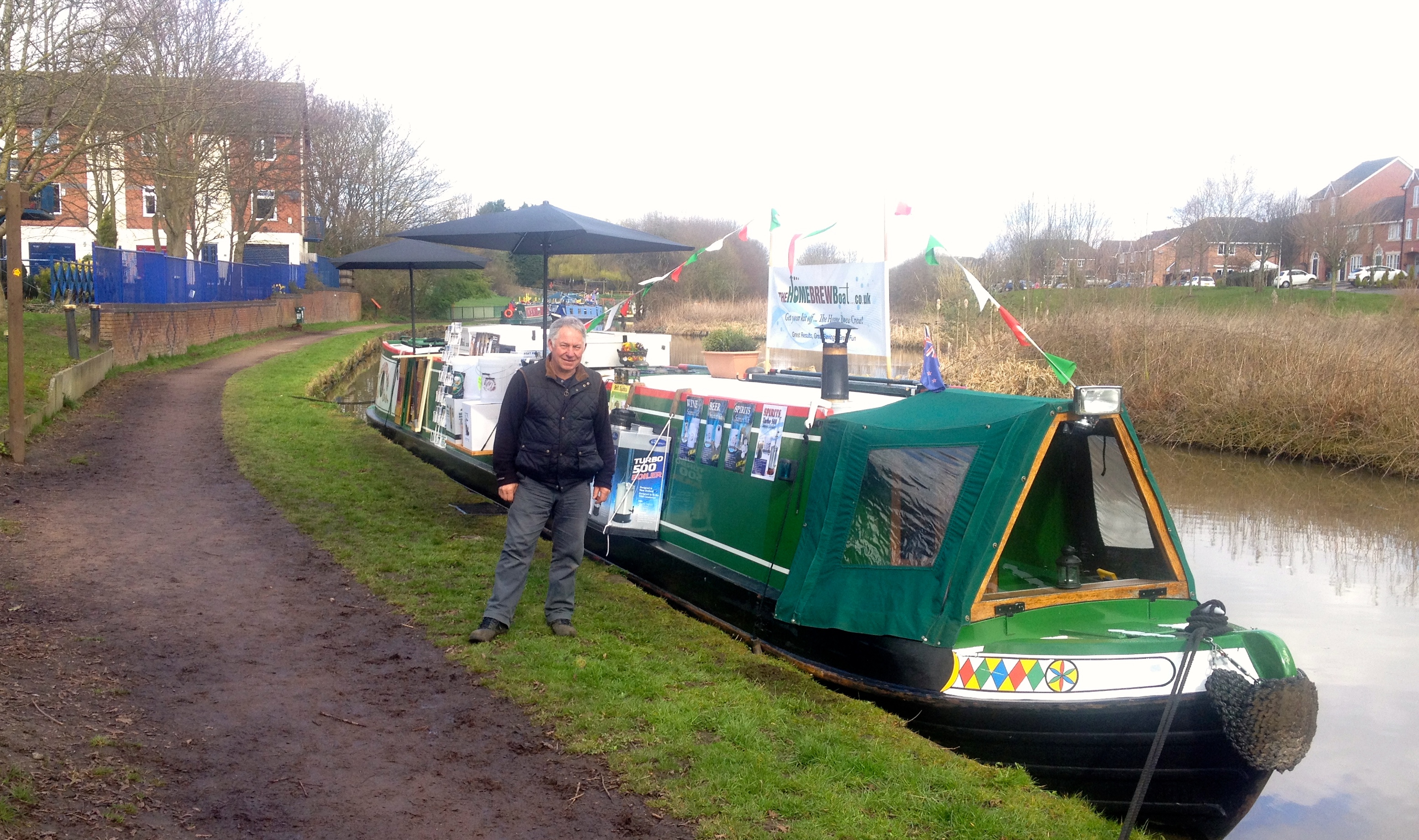 A cloudy start on Saturday for The Home Brew Boat 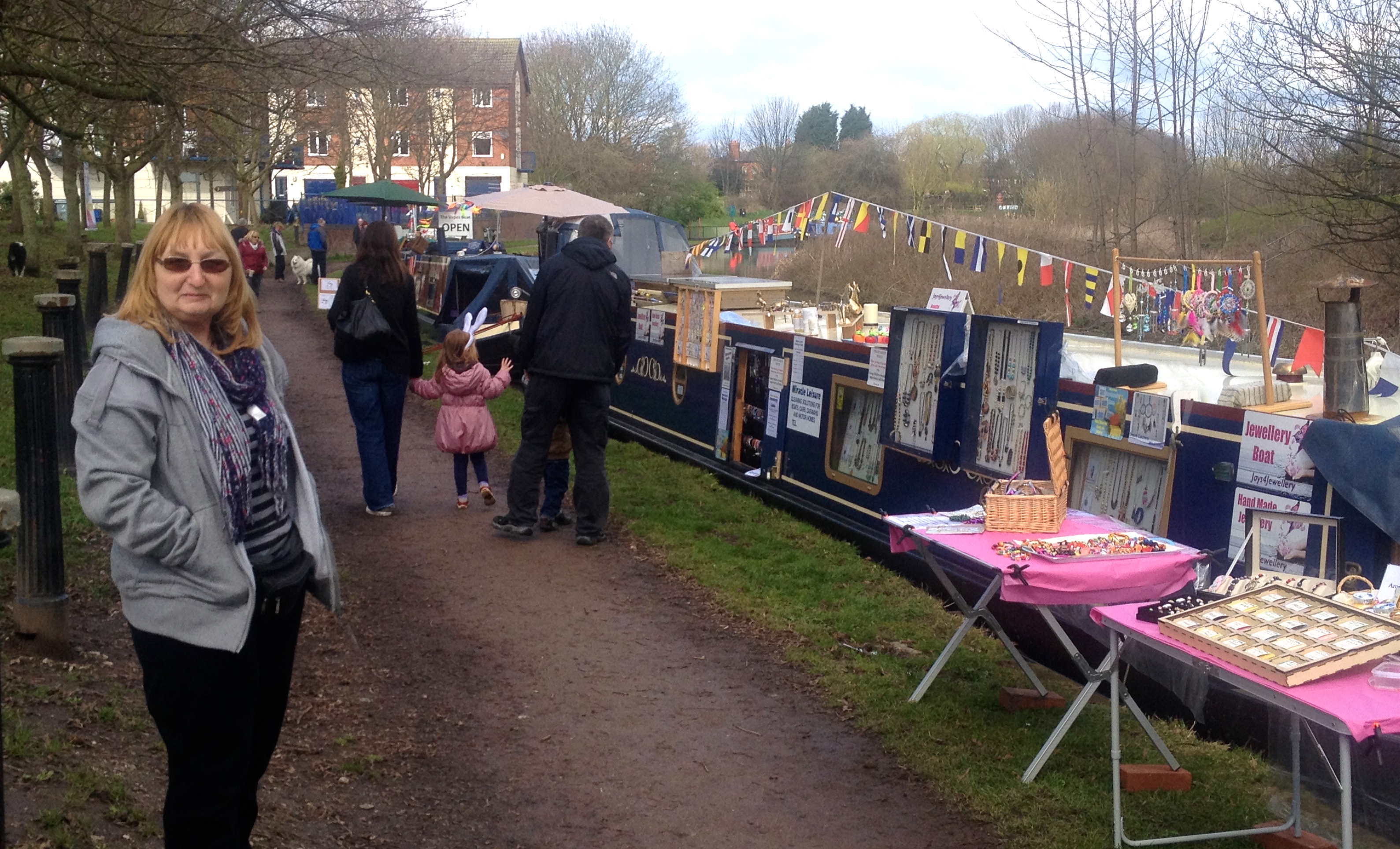 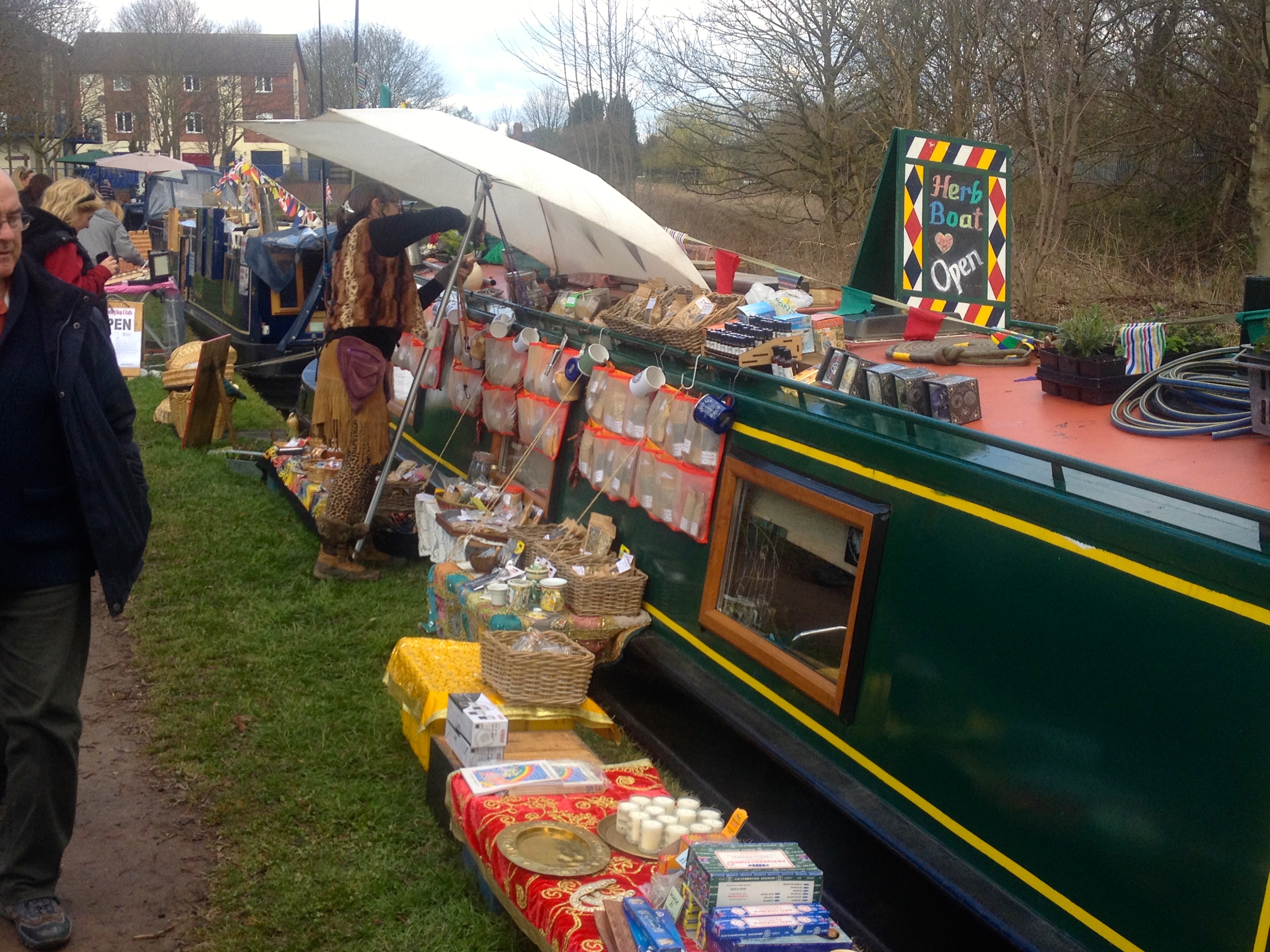 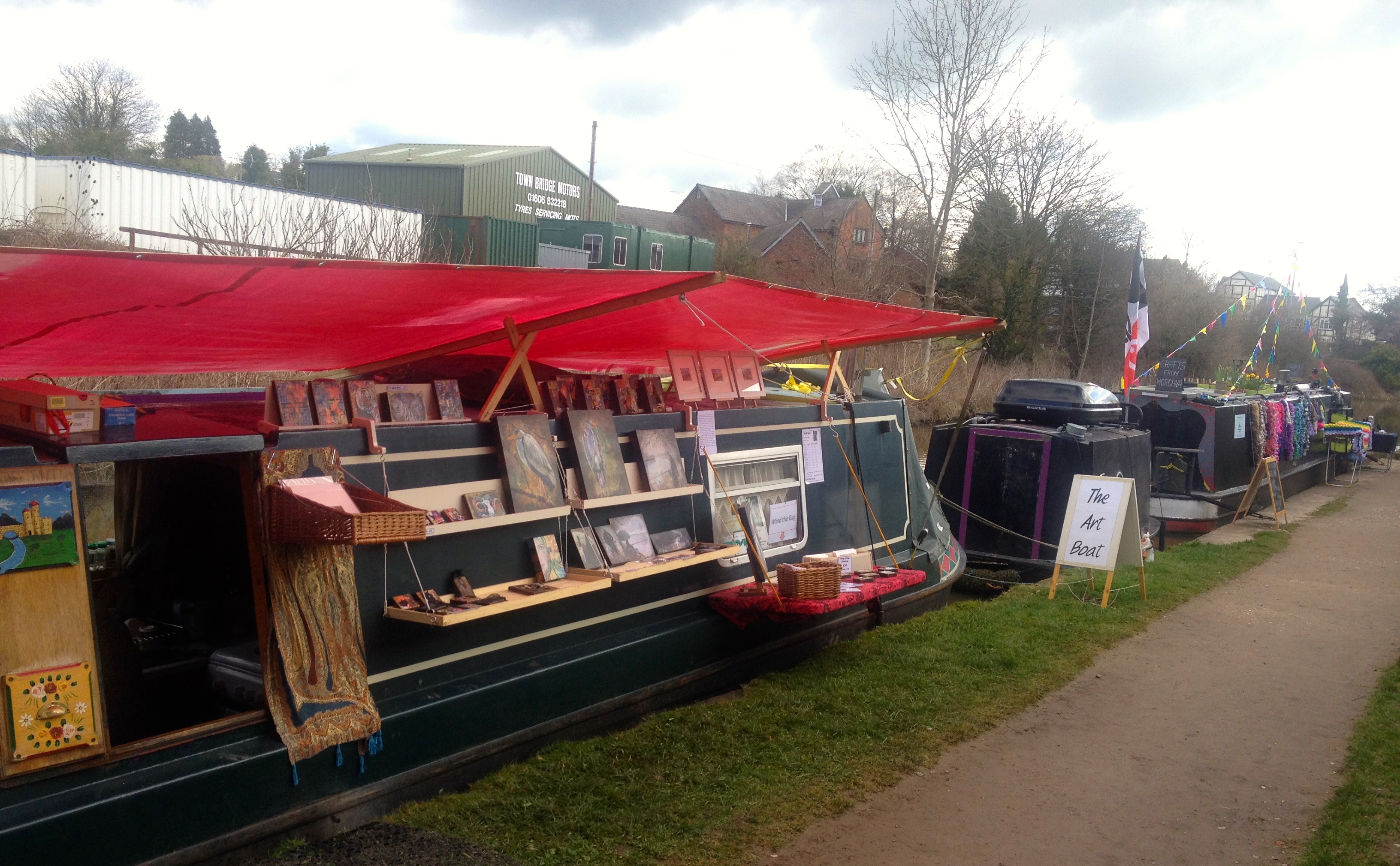 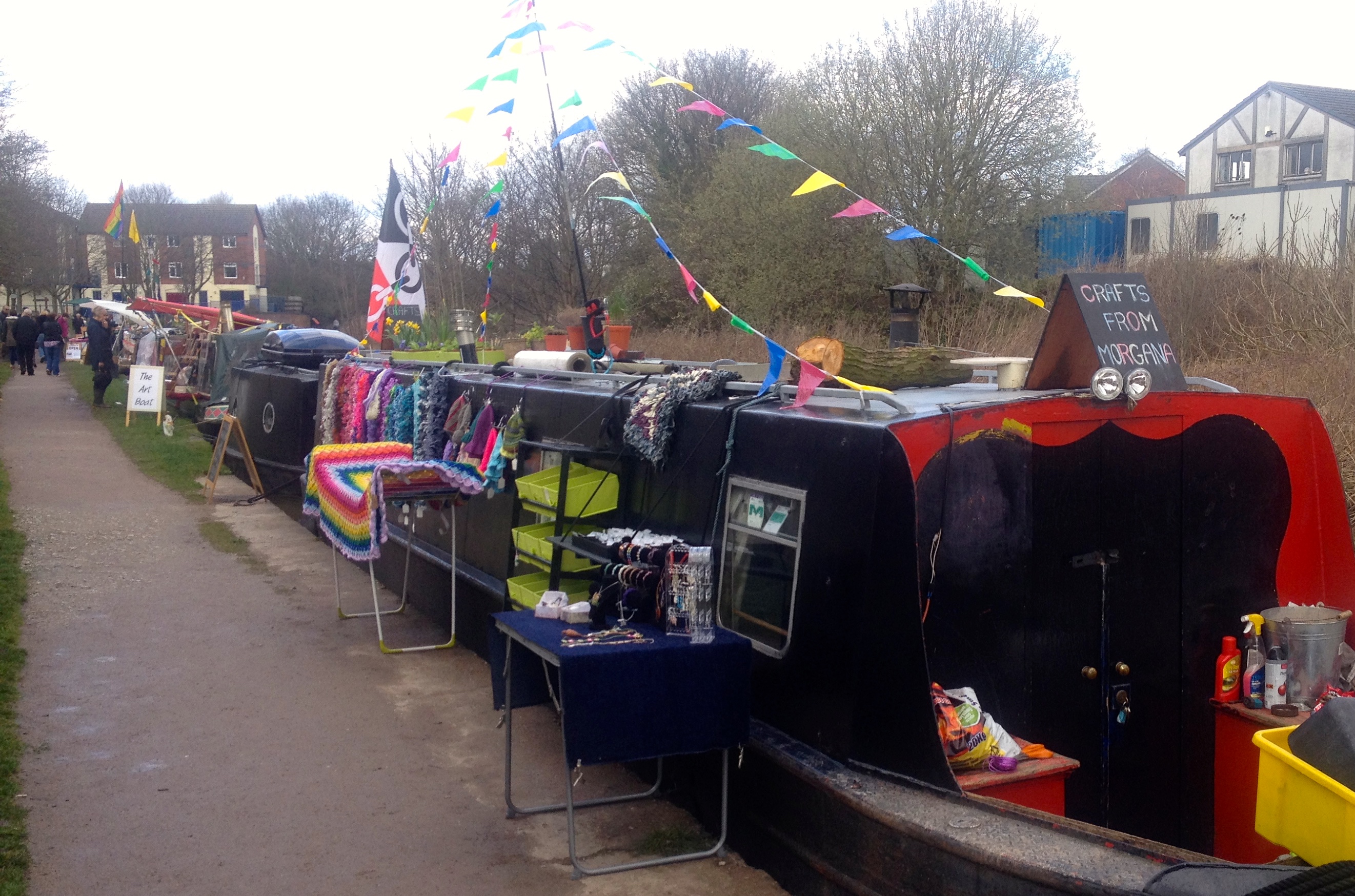 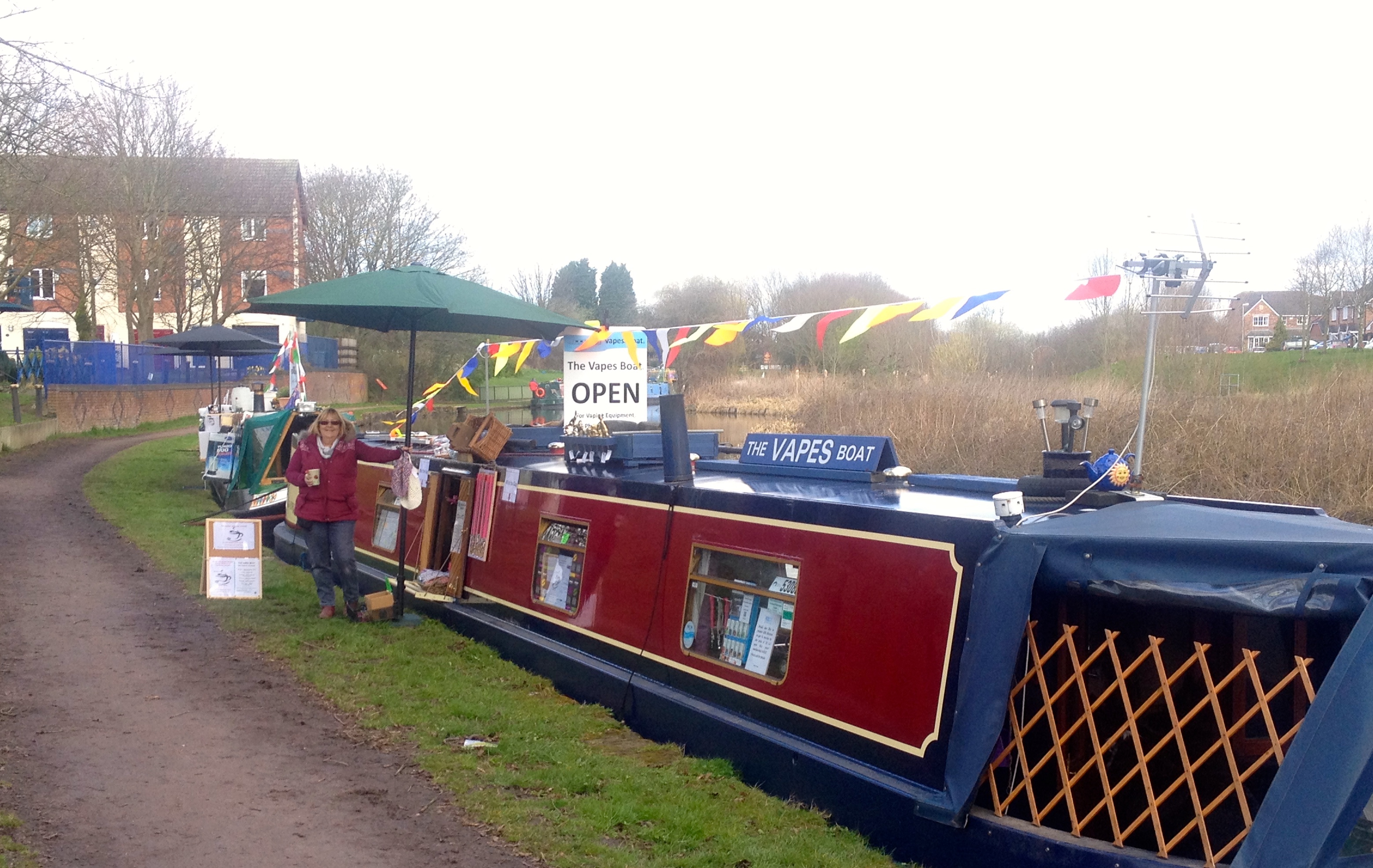 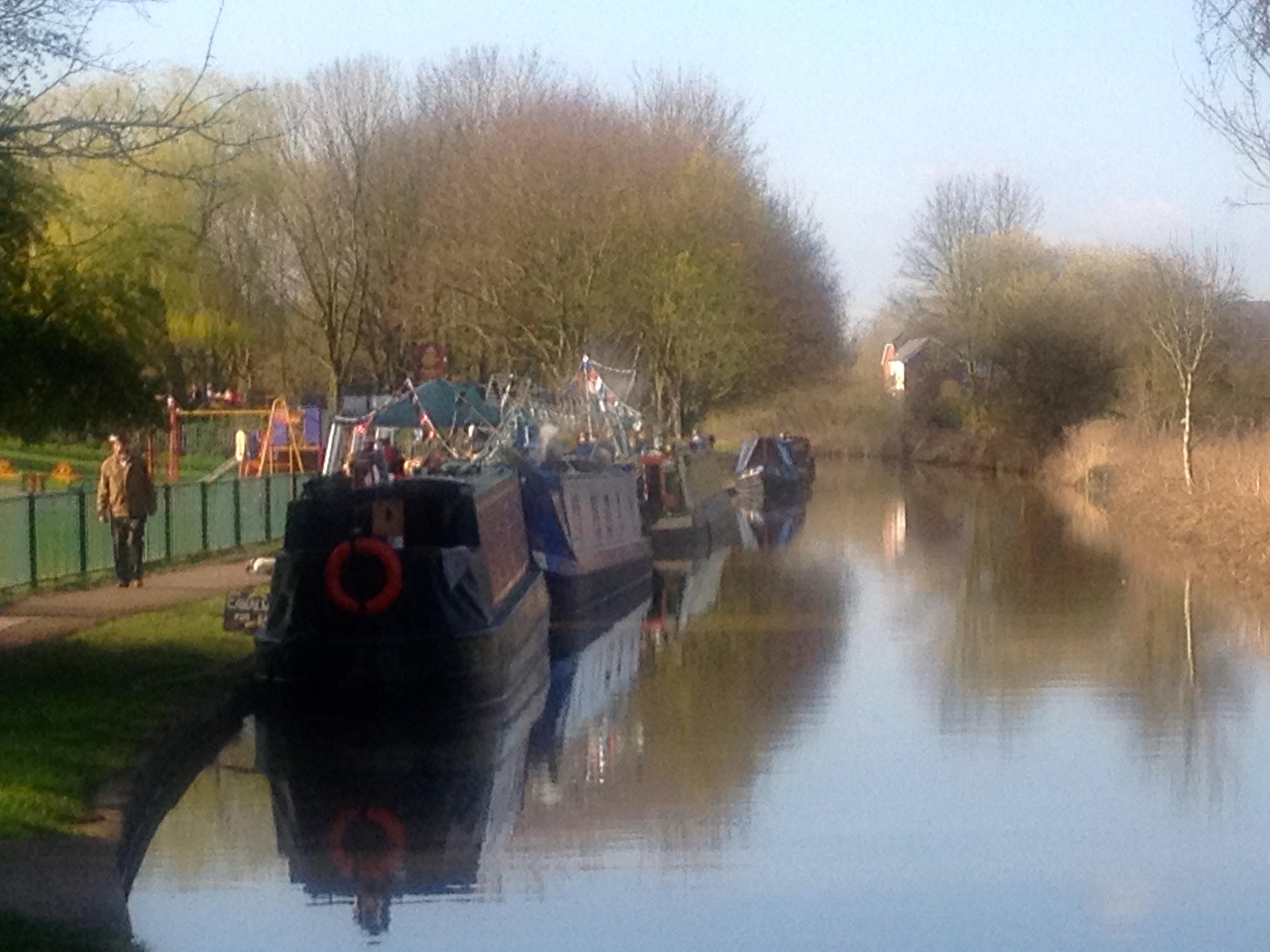 The park side of the Floating Market 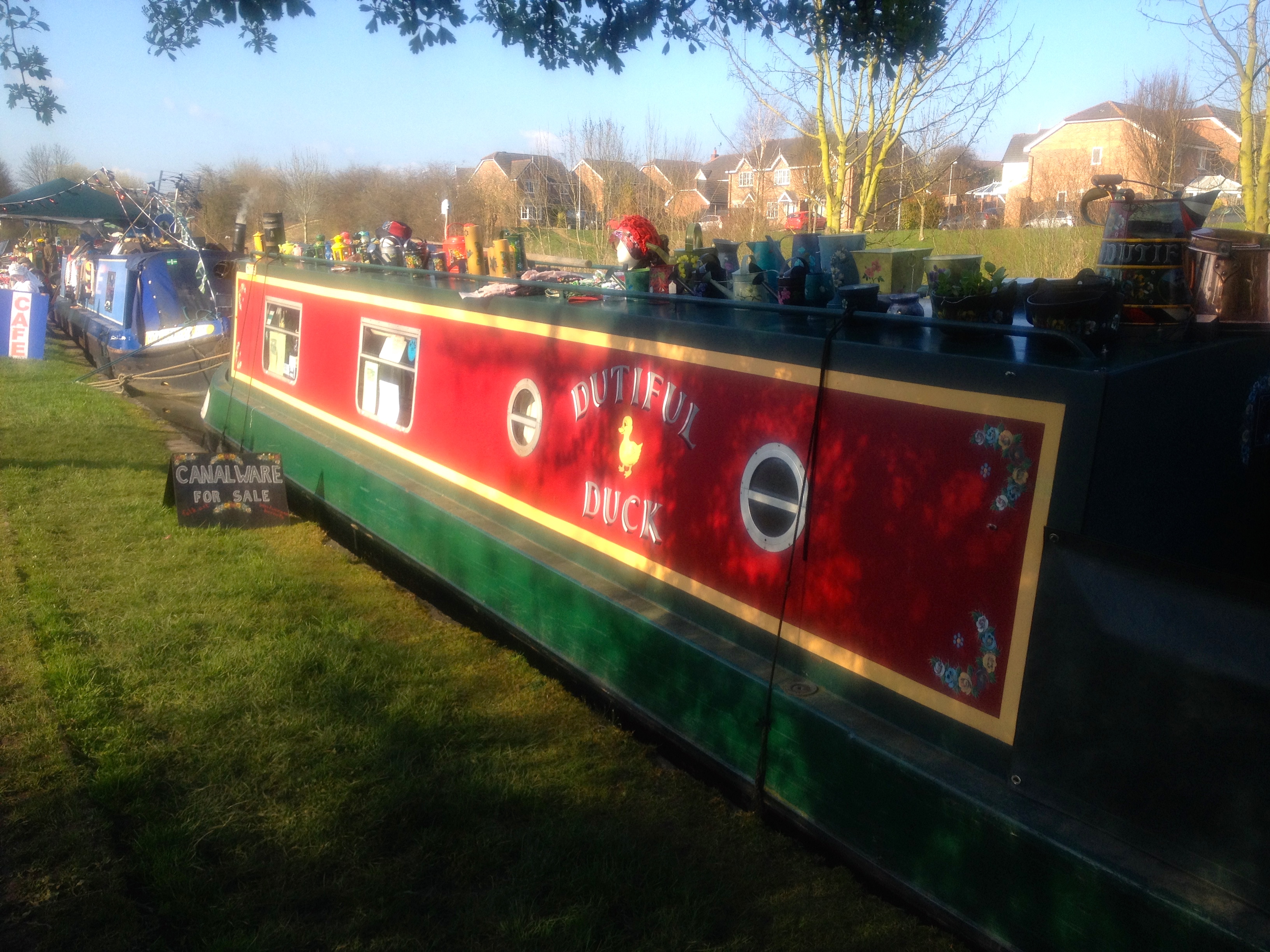 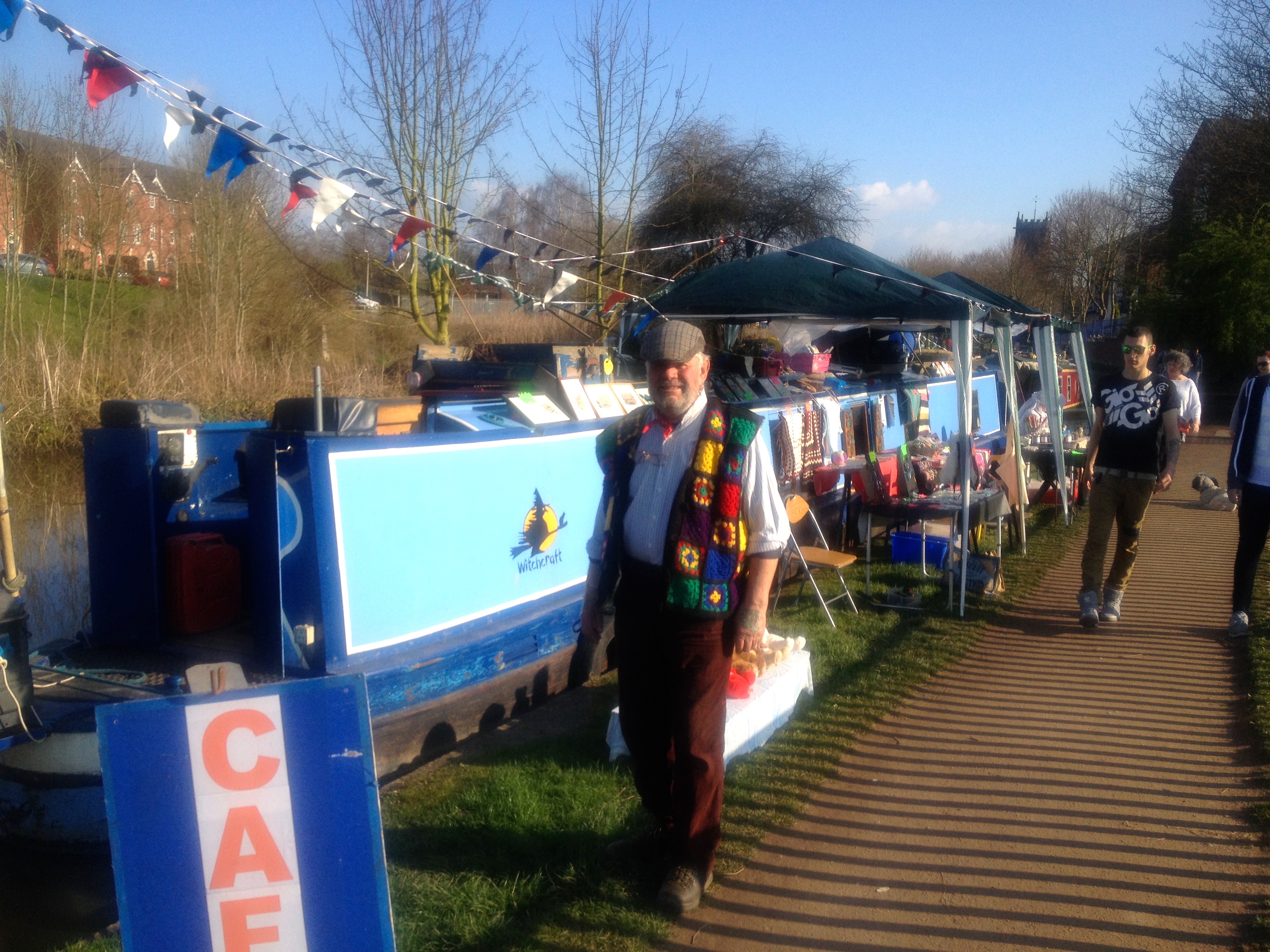 A spot of witchcraft 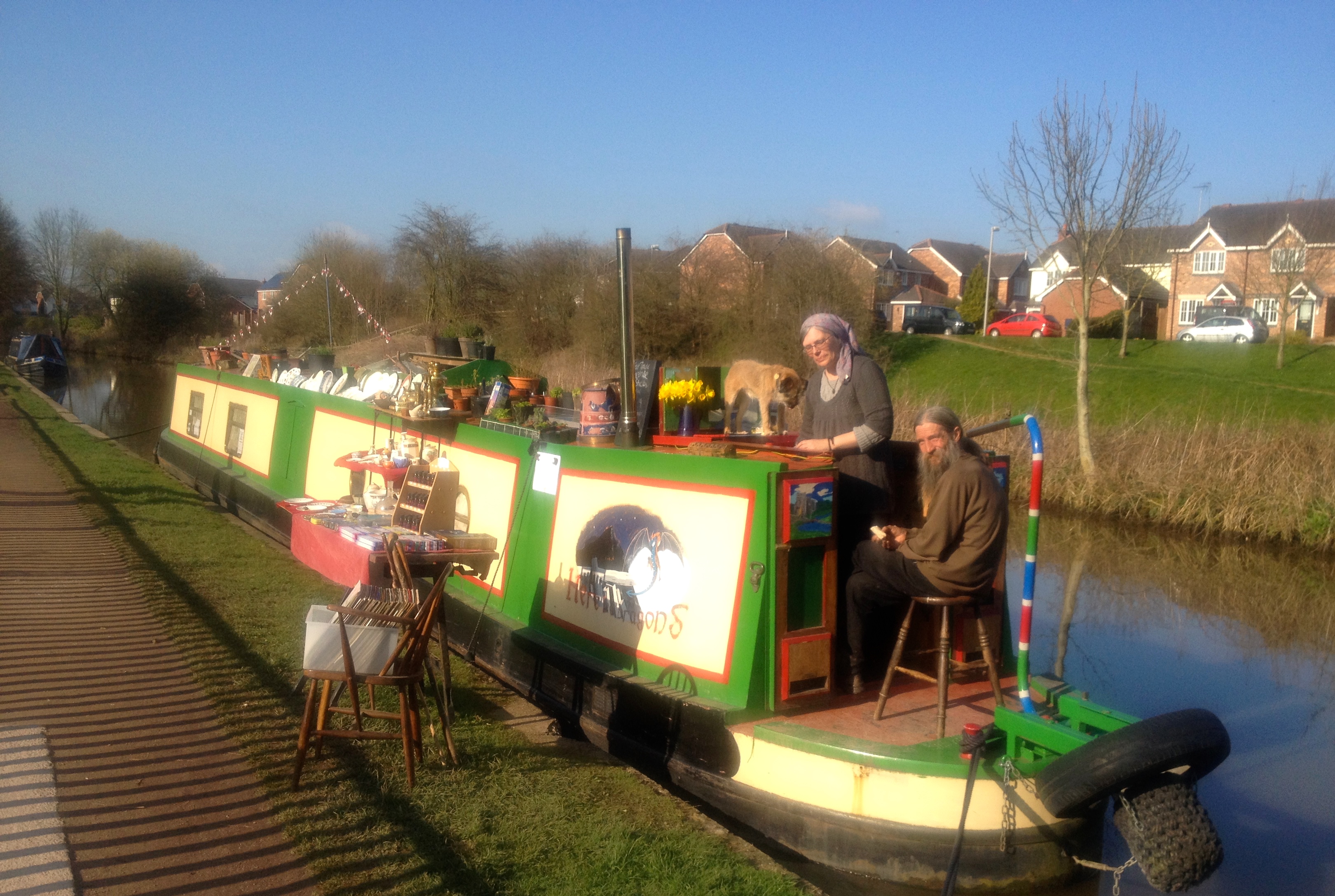 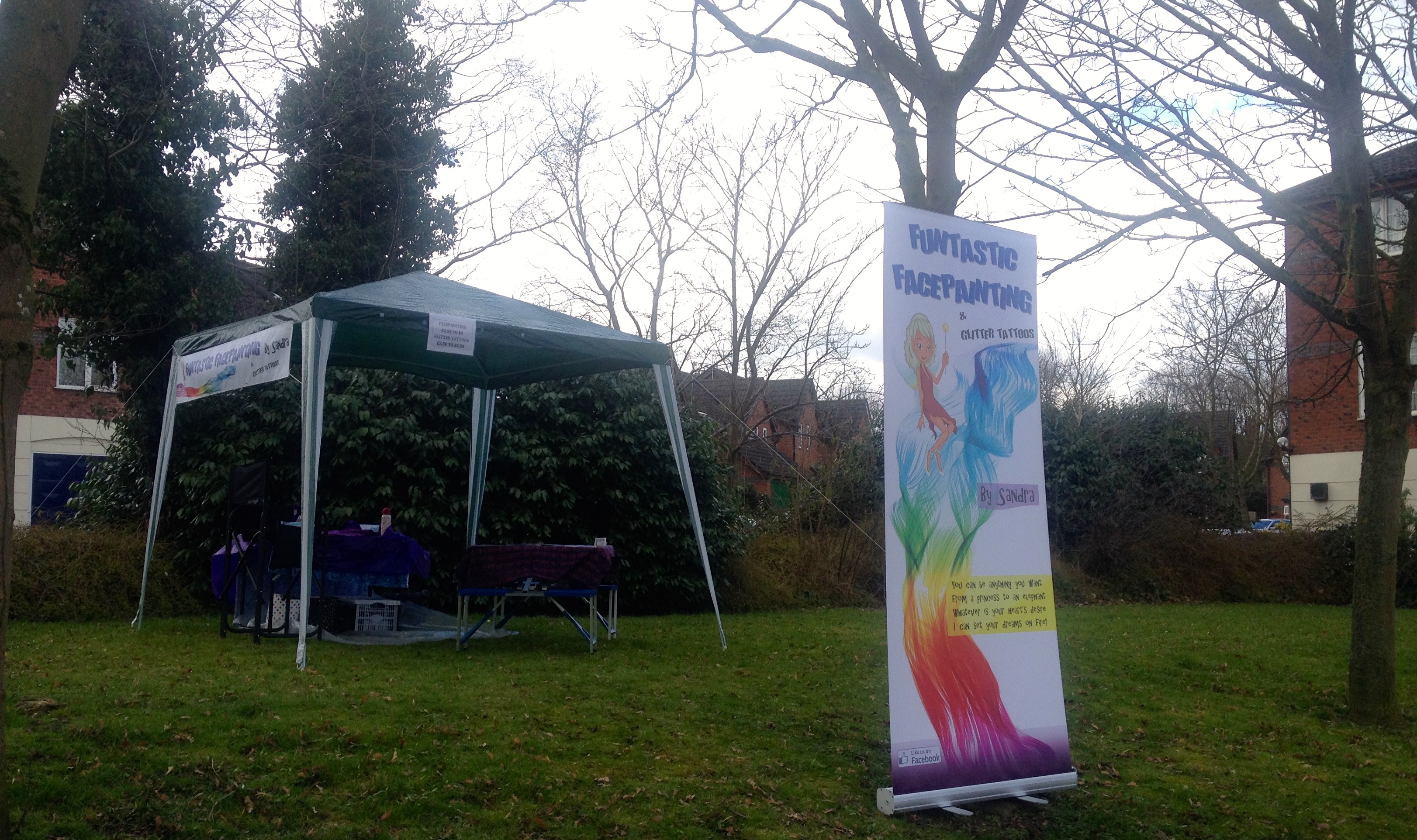 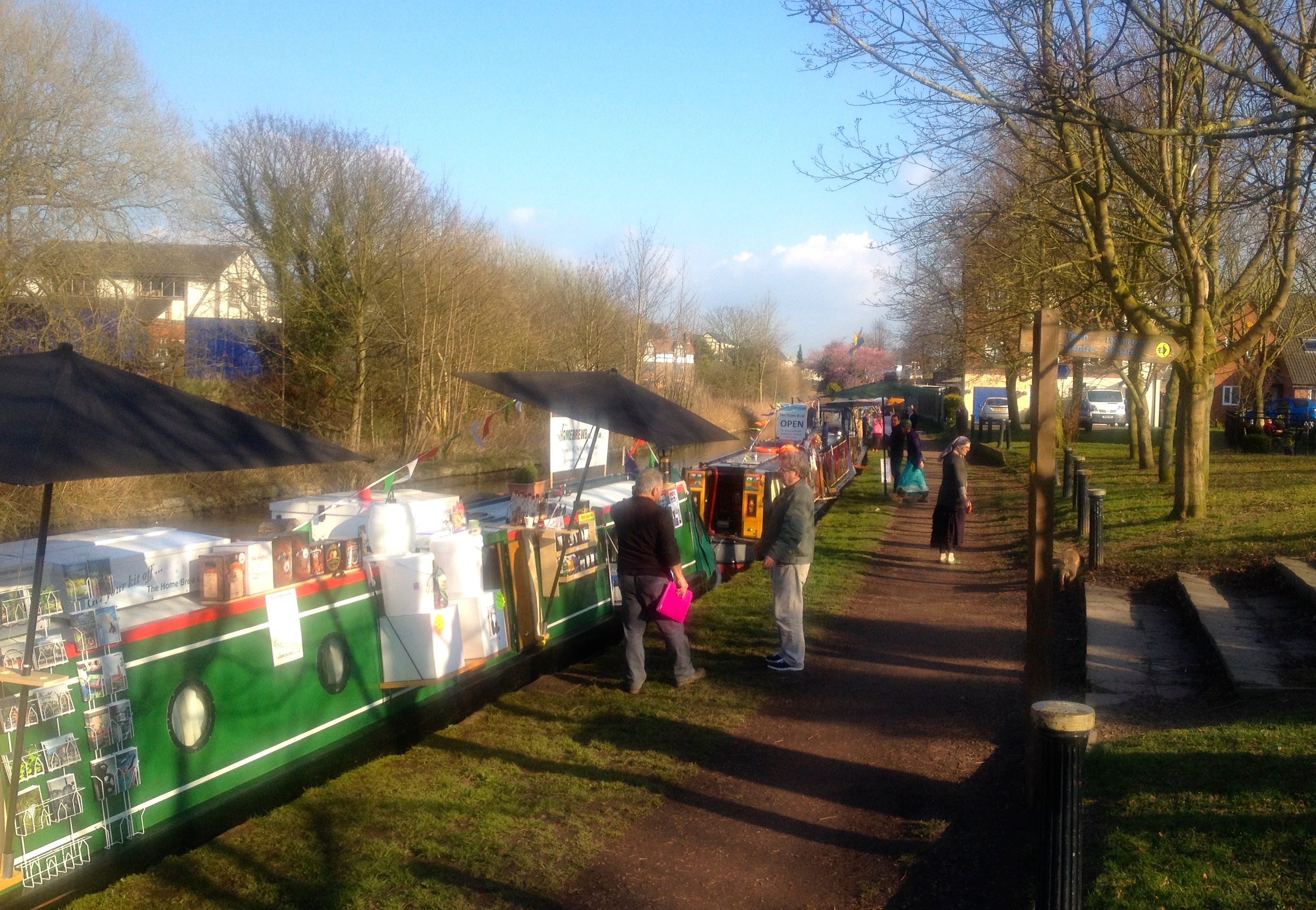 Floating Market towards the bridge on sunny Sunday

Our first surprise visitors arrived on Friday. Alice and Adam pounced on us (in the nicest possible way) with their notebook and camera respectively. Hailing from a company called ‘Vivid’ in Manchester, they have a 12 month contract with Canal and River Trust (CaRT) to source stories of ‘The Humans of the Waterways‘. It’s one of CaRT’s initiatives to raise the profile of the canal and river network with the public.

They seemed quite fascinated by our story over the past six years, so maybe you’ll see us one day on their website? Check it out anyway, for some interesting characters. 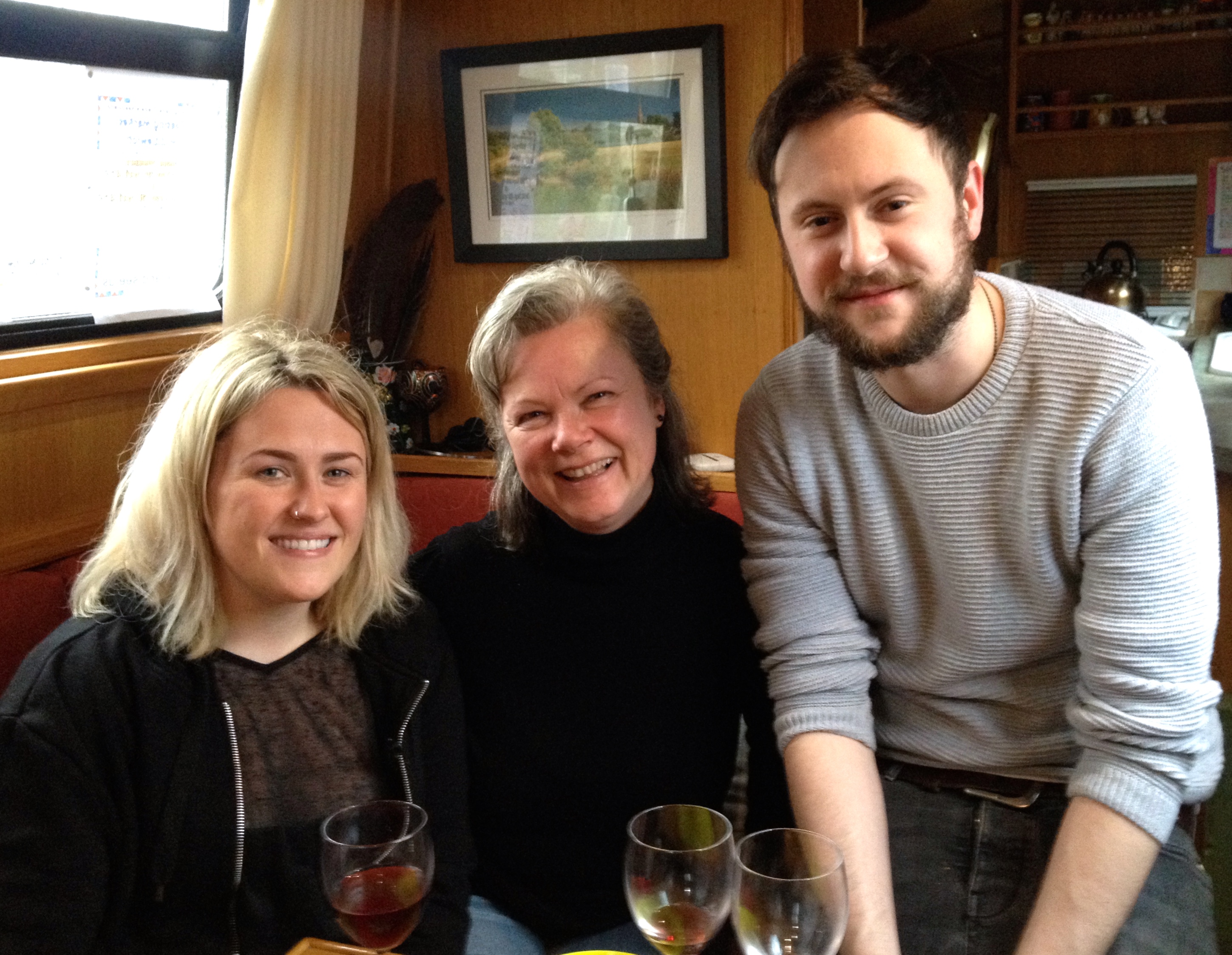 Later that afternoon, a retired couple arrived and Eileen was so enthused to meet us (well I think me actually) as she’d been a long-time reader of this blog. She’d read that we’d be in Middlewich over the weekend so took the opportunity to come and see me. She lives not far from my eldest daughter in Malpas, so it was about an hour’s drive – and the weather on Friday was atrocious so I was really touched that she’d ventured out.

It was really fabulous to meet you Eileen and I hope our paths cross again in the future.

On Saturday the weather picked up a bit thank goodness, so I was able to put up the Funtastic Facepainting gazebo and paint a few delightful children. People I met had travelled miles for the event – Crewe, Manchester, Stockport, Stoke-on-Trent, as well as locals.

Halfway through the afternoon I saw a couple chatting with Barry, not recognising them at first (my poor ageing eyes!). As they walked up the steps towards my pitch I realised it was Andy and Liz – our previous ‘neighbours’ when we were moored at Tattenhall Marina from August 2013 to March 2014. They’d seen we were coming to Middlewich so thought they bring their boat (‘Midland Star’ I seem to recall?) down to catch up with us.

We had a chat and then met them later for a couple of drinks in town. Unfortunately we forgot to take any photos! Thank you for coming lovely people – we’ll meet again soon.

Yesterday I spotted another couple by The Home Brew Boat who seemed familiar. Once again, as they walked closer towards me, the recognition hit. Pauline and Ray are a couple we met initially on our inaugural narrow boating six-month live aboard trip in 2009. In January 2011, they surpised us far more than they did last weekend – by turning up in Gisborne, New Zealand! 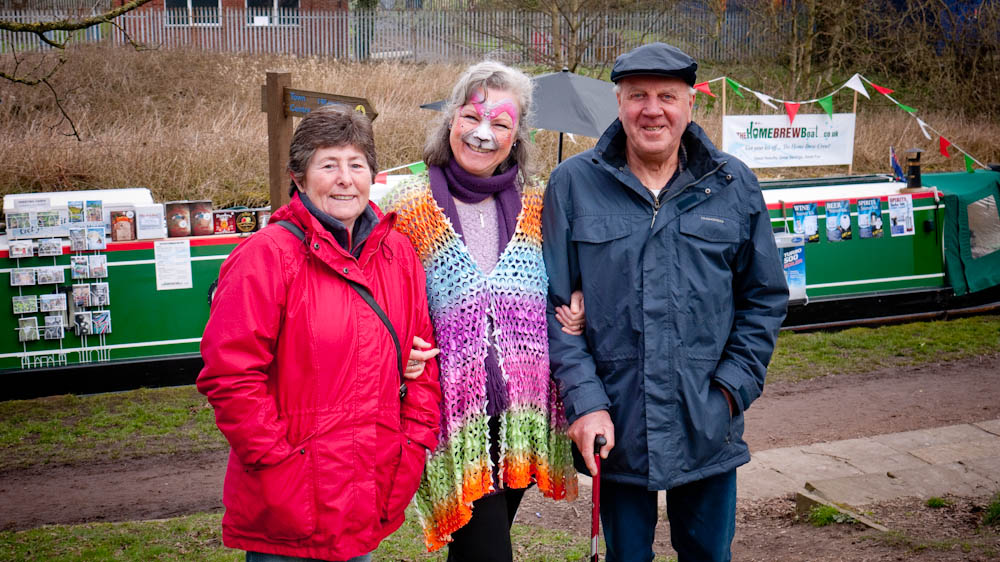 On Sunday evening we joined Pauline and Ray for a delicious roast beef Sunday tea at The Big Lock pub – such a treat, thank you for your company and travelling to Middlewich on ‘Carmel-Marie’ to see us again. Where will you surprise us next we wonder?

For our first boating festival of 2015, the weekend was very positive.

Barry had a number of  people say they’d either heard about The Home Brew Boat, re-visited him, or had ‘seen us on TV’ which we were mightily impressed with! There was a lot of interest in home brewing, some of which translated into sales and some who may go away and consider it some more before they realise how much they can save by brewing their own. Last year following the Folk and Boat Festival at Middlewich, we made more sales AFTER the event.

Funtastic Facepainting was slow but steady. The weather wasn’t conducive to a lot of children enthusiastically wanting their faces decorated, though some were heard shouting excitedly to their mum or dad or grandma “Ooo, a face painter! Can I have my face painted PLEASE?” It’s fantastic to watch their faces light up when they look in the mirror after they’ve been transformed.

There’s a brand new website that’s expanding daily called ‘Canal Market Place‘ which we’re both listed on. Check it out if you’ve got a few minutes – you’ll be pleasantly surprised at the momentum gathering to be living and working from a narrowboat. One of the most recent additions I was happy to see is ‘Humanist Canal weddings‘. Following our rooftop Humanist wedding at the Dog and Doublet in September 2009, I wondered about becoming a celebrant as a boating business, so it’s great to see that someone HAS taken that mantle up and is taking it forward. I’m ever hopeful that one day such ceremonies WILL be legalised here in UK (on or off a narrowboat of course).

You may have to let go of a great deal of your wordly goods, and get used to living far more frugally than you’re used to, but the benefits outweigh any perceived drawbacks to that for us and our floating companions.

I’m with my eldest daughter Lisa now for around a week, helping out during the school holidays. Barry’s boat alone, and will be slowly heading south again.

Our next trading will be at Westport Lake the weekend after next, on our way to Stone for the next RCTA Floating Market 25th and 26th April.

One thought on “Meeting many people and trading at Middlewich”