The last few weeks have been pretty full on supporting mum as she grieves for dad, and doing the bulk of the formalities necessary when a person dies – especially one who’s lived a long, full and happy life for almost 95 years!

I’ve never had the experience of this previously – how fortunate I feel for that. It really is onerous …

Barry bless him, has been doing a stalwart job designing the order of service, and planning what I am certain will be a superb slide-show of dad’s time both with us and way before us. He was 35 when he married mum, and had travelled extensively for work and pleasure prior to that.

Dad’s funeral is on Monday 2nd March. Many people may be aghast at the length of time from his passing on 9th February – it’s chock a block at the crematorium here in UK at the moment apparently!

We’re having the Humanist Celebrant Margo, who performed our narrowboat wedding in September 2009 (there’s a photo of her with us in the previous post). Dad was never religious as far as we are aware. HIs grandfather, Reverend Thomas Inglis, was a much revered Methodist Minister in Edinburgh and Lindley, Huddersfield, but his only son William Dixon, dad’s dad, apparently rarely entered a church.

His funeral and wake are planned to be celebrations of his life. Sure there will be a few tears, we all miss him greatly, but we miss the man he was, not the man he had become, and we’re mostly just grateful he’s not suffering the indignities of dementia any more.

Last Saturday, 21st February, my beautiful younger sister Viv, married her long time partner Ray. Bath is somewhere they’ve stayed on numerous romantic breaks, not far from their home in Exeter, so that’s where they chose to marry.

Not JUST Bath, but AT the Roman Baths in Bath!

Obviously the public are thronging through during the day, so weddings here are held either early morning or in the evening. Theirs was at 7.30pm. In mid- February that time of night is dark of course, adding to the amazing atmosphere.

It was magical as you can imagine, and really helped to lift all our spirits at this time in our lives. Dad came with us in the form of a framed photo Barry had printed. We’d done a similar thing for our 22nd December 2009 wedding, as Barry’s dad Frank died on 7th November that year. I’d love to think he was filled with pride watching Viv and his family sharing such a happy occasion. 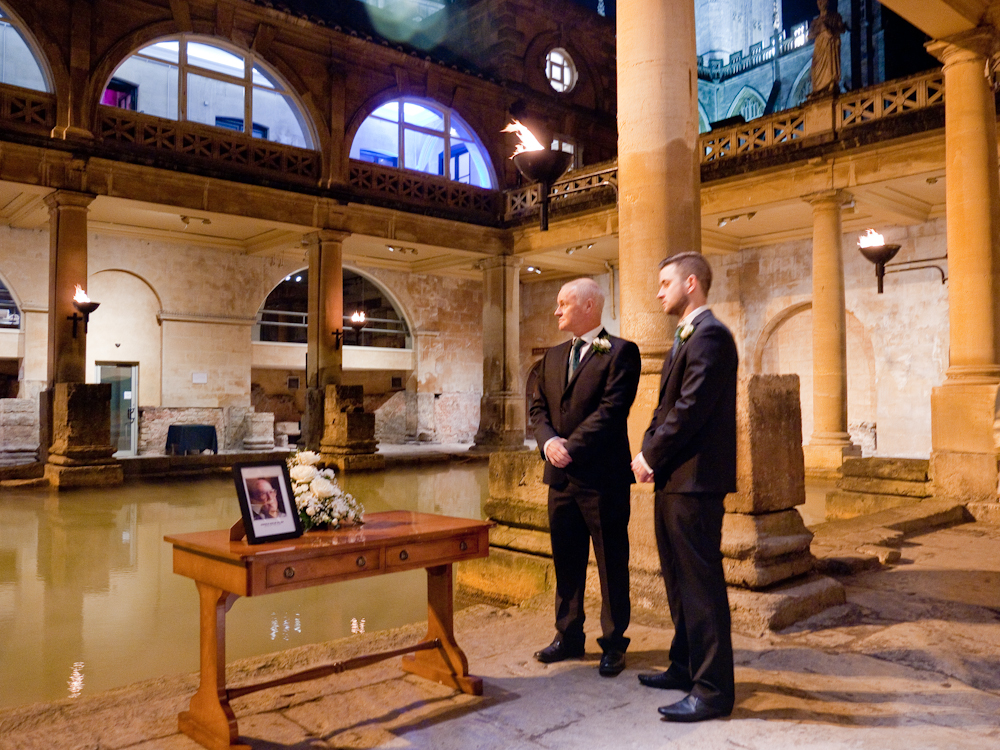 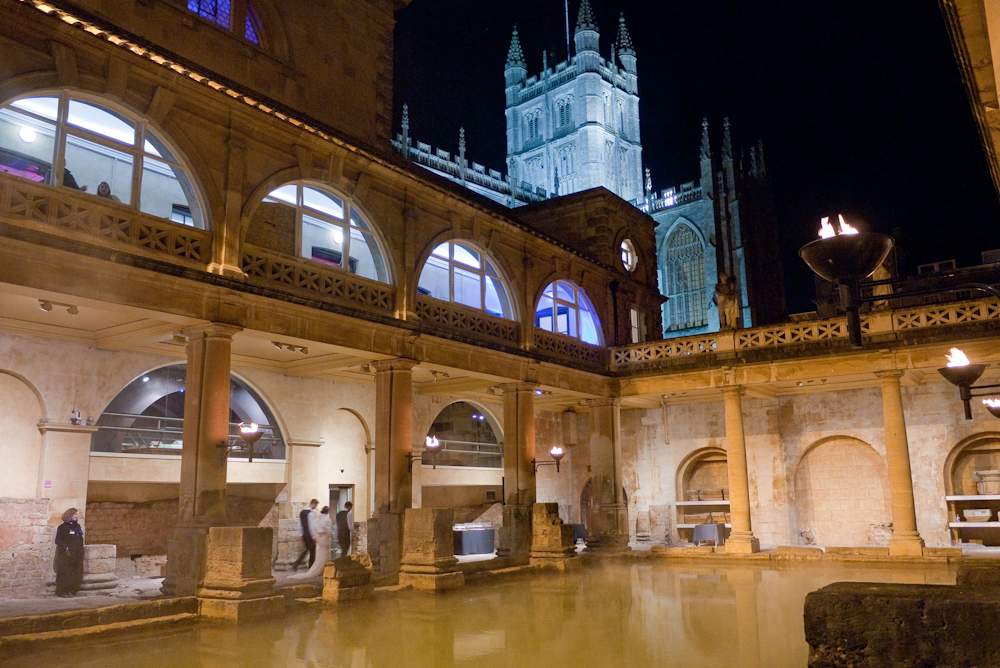 Viv and her bridesmaids Sam and Rachel (hidden behind the pillar!), and stand-in dads Jack and Harry, walk around the perimeter of the Roman Baths 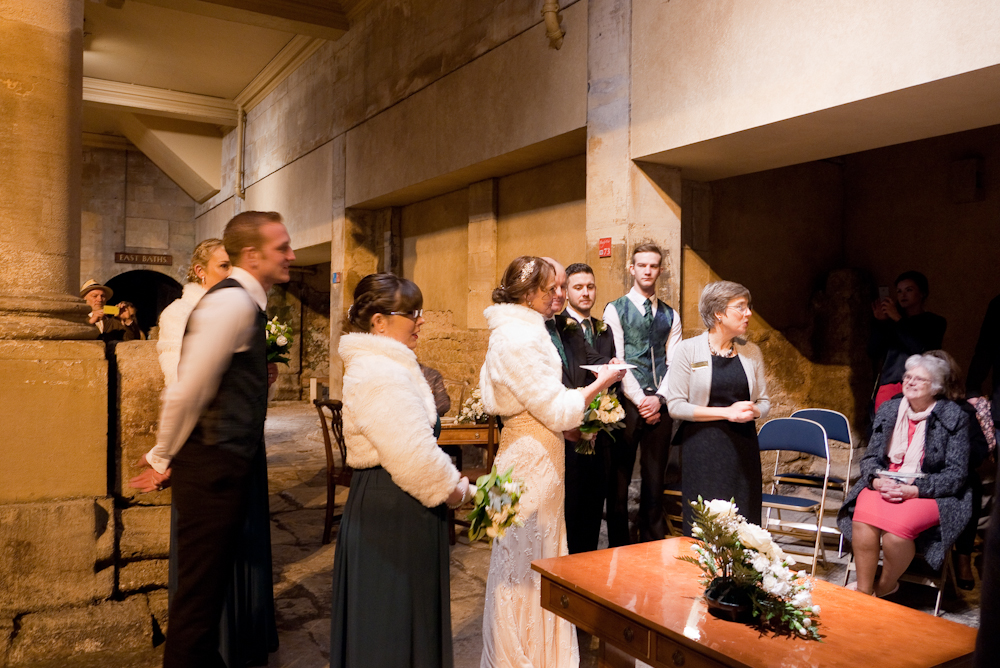 A most unusual marriage setting 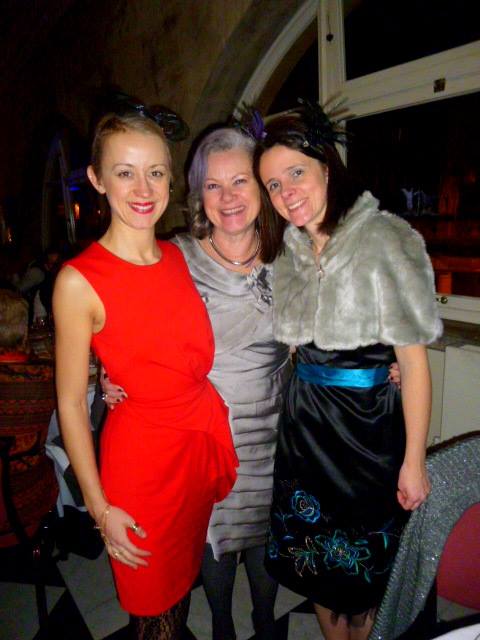 Kim, Sandra and Lisa all dressed up

Sandra and Barry – in matching silver and purple 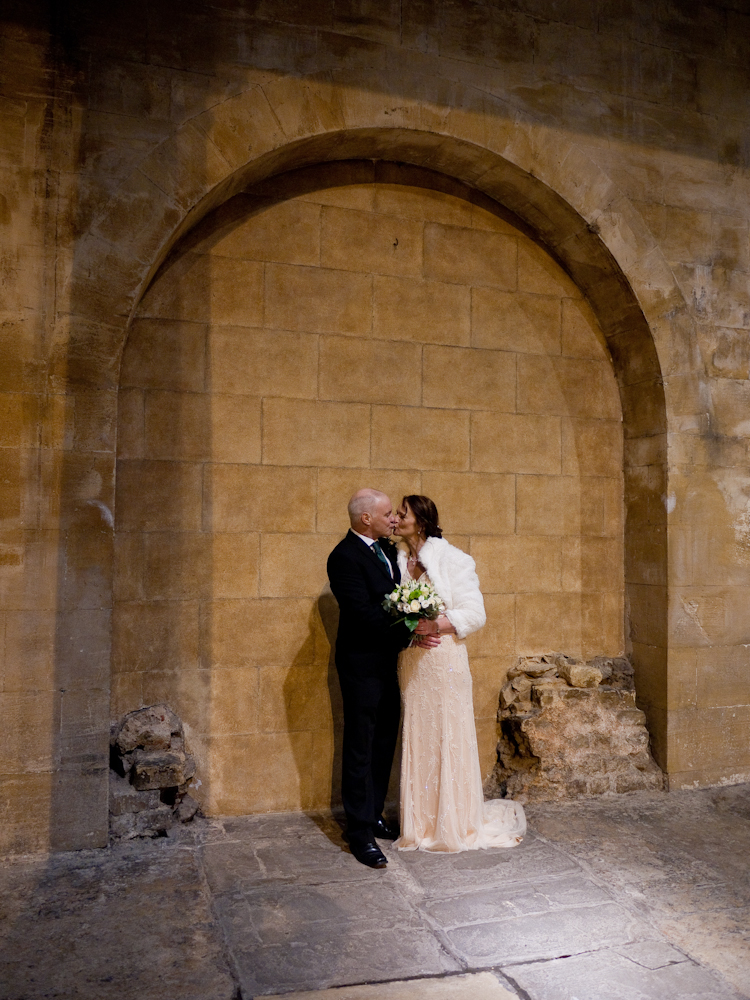 The happy couple – who continued the theme with a honeymoon in Rome!

Our stay in Worcester will be a little extended due to circumstances, so we aren’t planning to be back ‘on the cut’ until late next week.

We’d originally wanted to travel down the river Severn to Gloucester, as it’s a journey we’ve yet to experience. However, due to the tight timescale of getting up to Middlewich for our first trading weekend at Easter, we’ve decided to forgo the trip for now. The vagaries of the river levels mean we could potentially get stuck down south and be unable to move in time. So we’re literally taking a rain check!

We’ll be heading north, we haven’t yet worked out our route …

One thought on “A Bath wedding”