Unbelievably we’re over half way through our three-month winter mooring here in Worcester. Where did the time go?

Silly question really, it’s gone so swiftly while I’ve shared my time between being on the boat with Barry, being with mum to help her to transition from being a full-time carer to an elderly woman living alone, and being my dad’s advocate as we attempt to secure the best possible care for him as his mind loses more capability each day.

He’s fallen a few times in the current care home, which convinces us all, if we still needed persuading, that the safest place for him is somewhere with 24/7 nursing care.

Next week yet another assessment will take place by someone from a nursing home much closer to where mum currently lives. Assuming that goes to plan, he’ll move there in a couple of weeks time, and be settled in well before we travel to Bath for my beautiful younger sister’s wedding on 21st February.

At some stage in the coming months, we’ll be investigating options for mum to move nearer to my oldest sister Kath, in Lichfield, and then moving dad too.

This is such a lesson to me about making sure you’re living somewhere ‘suitable’ for your declining health once you become an octogenarian, if not before!

I’m letting go of ‘looking after’ mum now, bit-by-bit, because from 1st March I’ll no longer be just up the road, with access to her car. We’ll be back on the cut, heading down to Gloucester.

This weekend Barry has his future brother-in-law, and his current one, arriving on Friday for a stag weekend. I believe they may venture down to Upton-on-Seven – just thought I’d warn you if you’re anywhere nearby!

I’m getting a grandson fix, having Friday to Monday with my eldest daughter Lisa in Malpas, Cheshire.

Barry took a number of memorable images during his journey to Worcester from Stourport in late November, that are definitely worth sharing. Living in the marina we’re not taking many photos, so I wanted to brighten up the blog a bit. 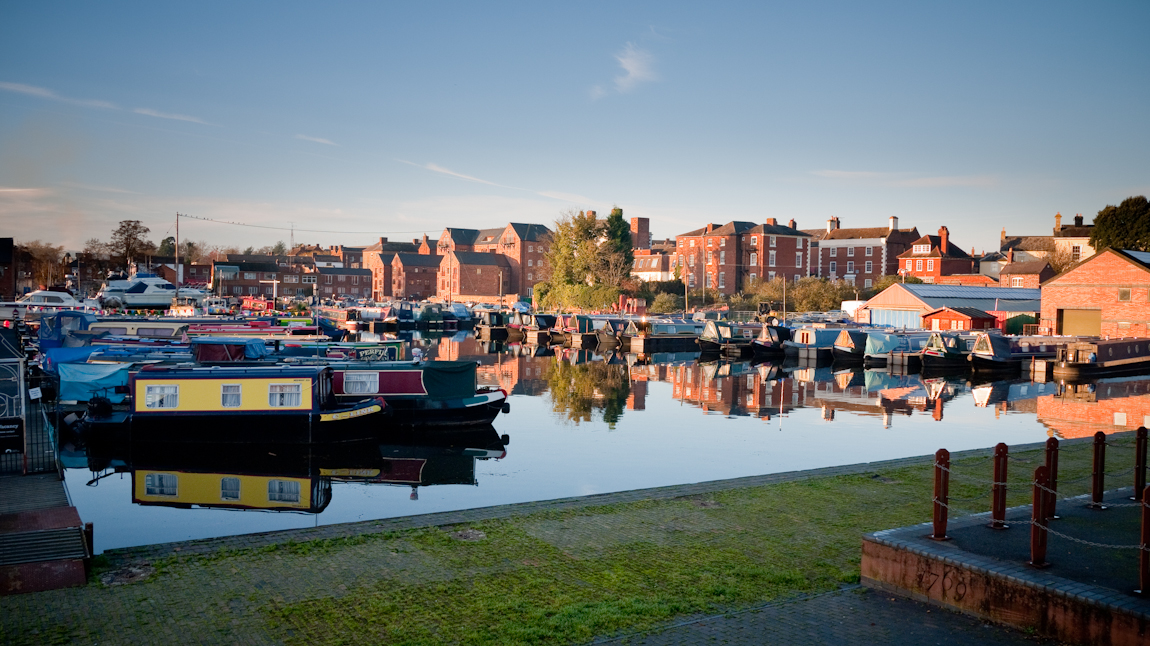 A serene scene at Stourport Basin 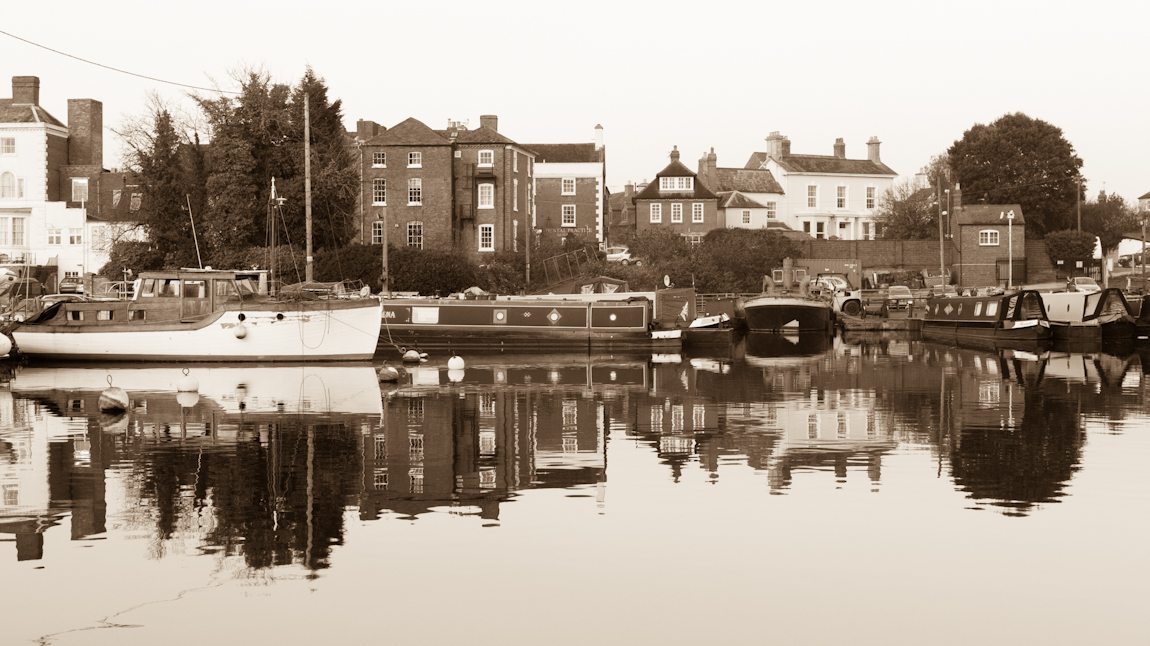 A timeless shot of Stourport Basin 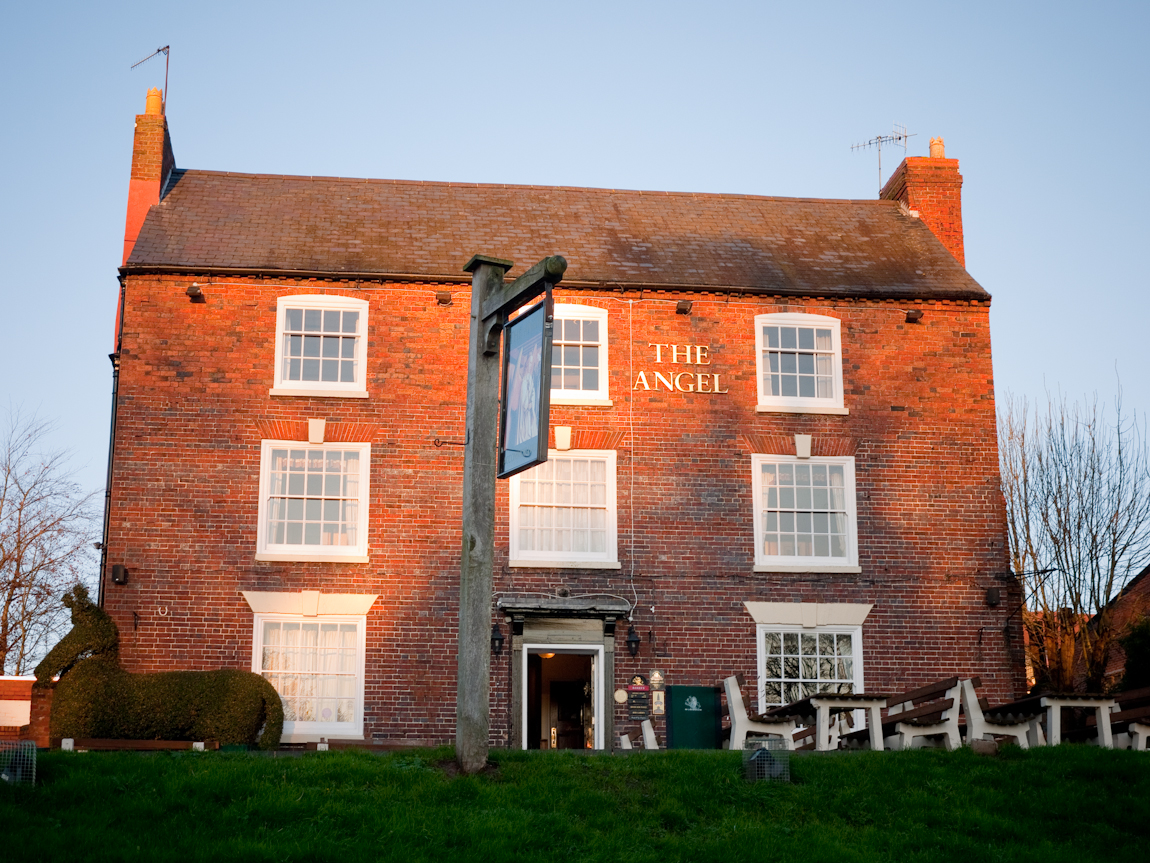 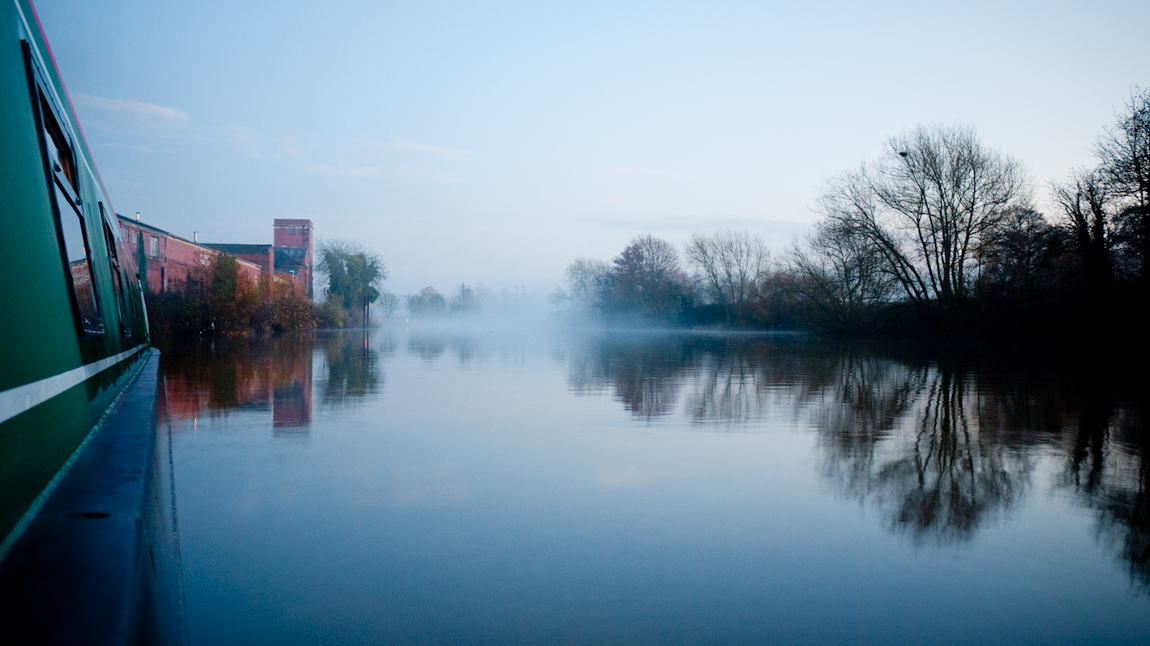 Misty evening reflections on the Severn 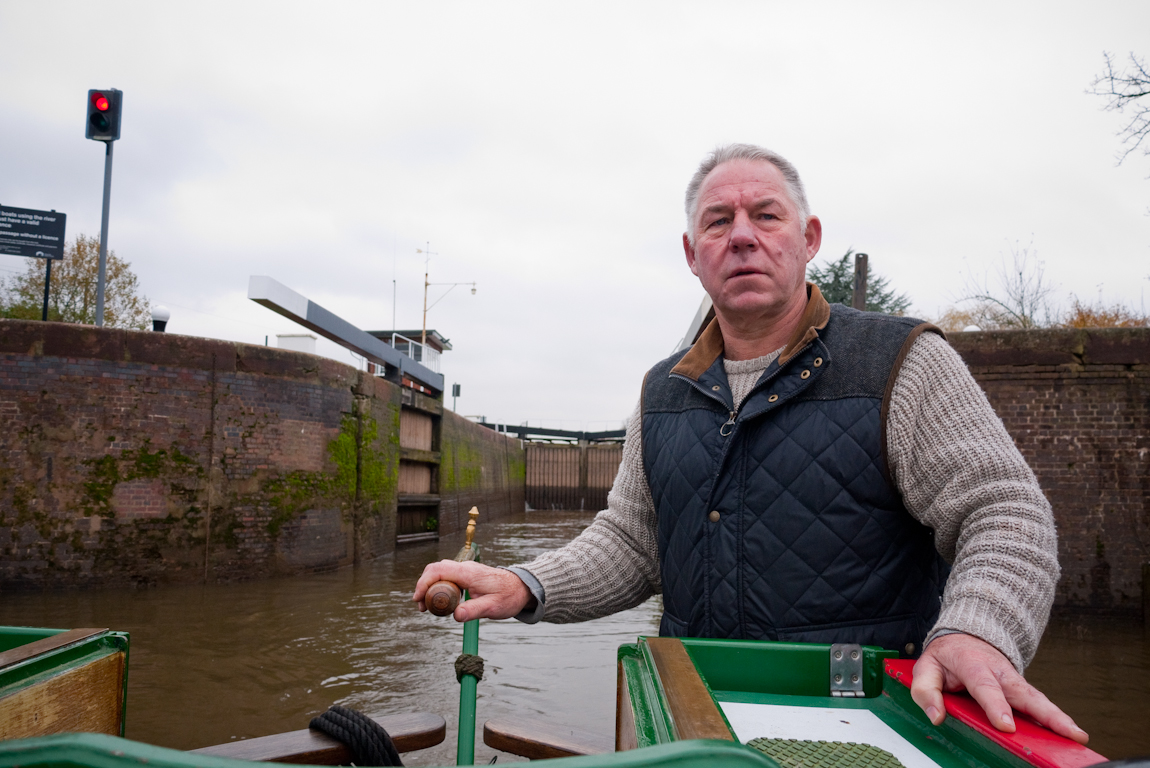 Barry tries out his self-timer exiting a river lock – looking rather serious! 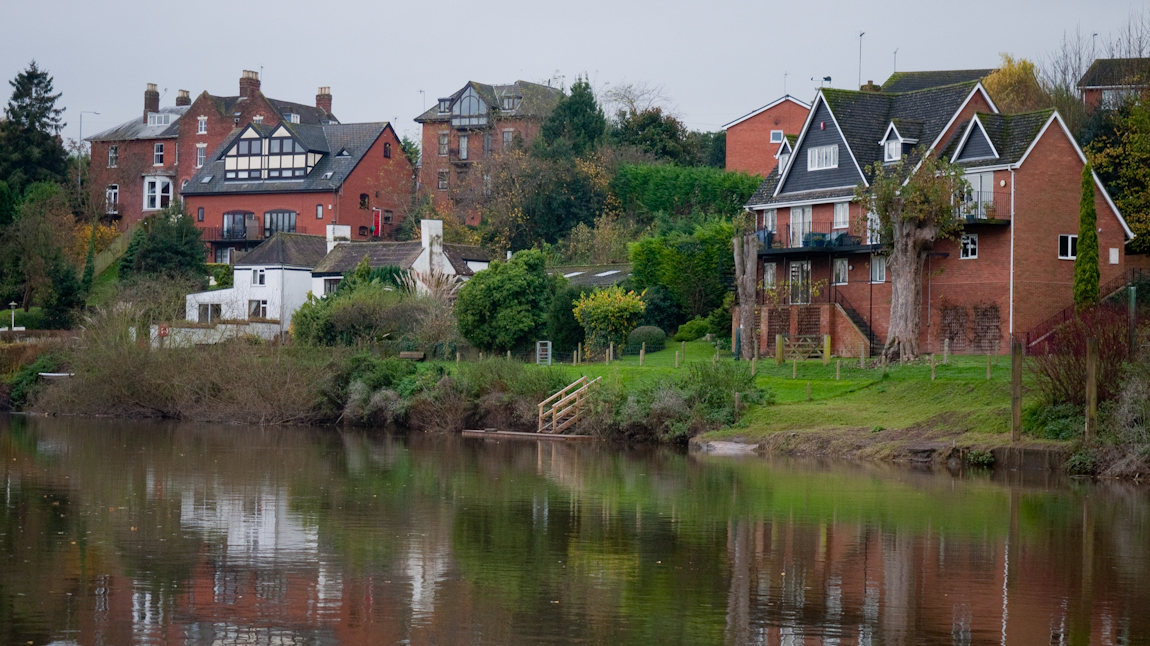 Some stunning abodes line the river at Worcester 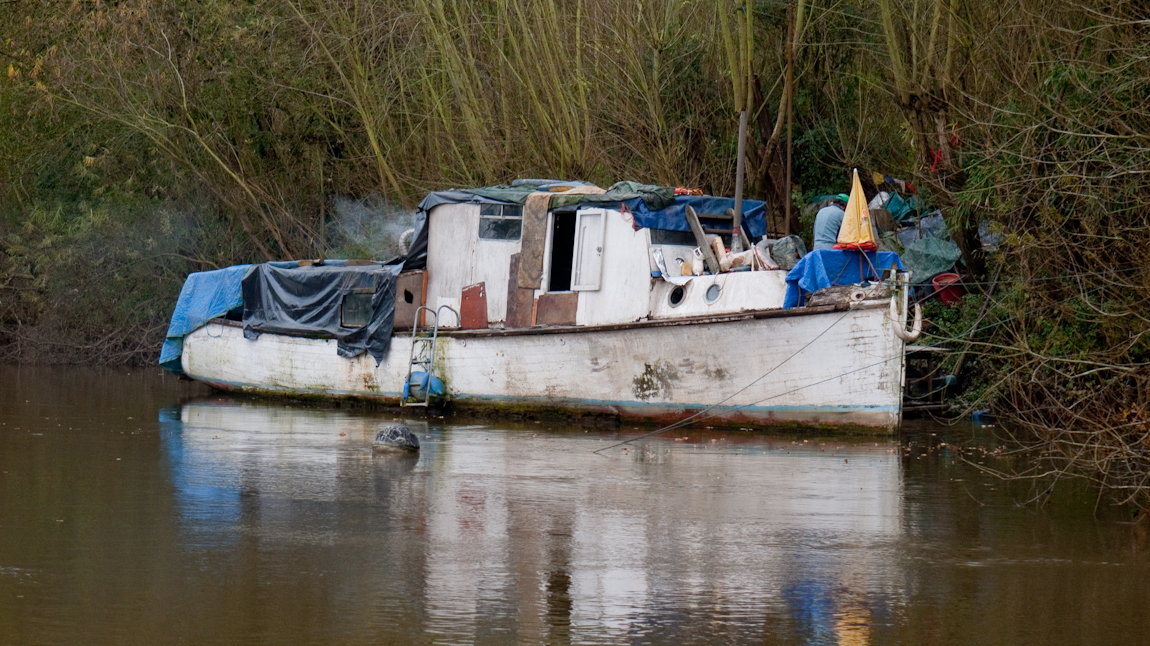 Some not quite so salubrious! 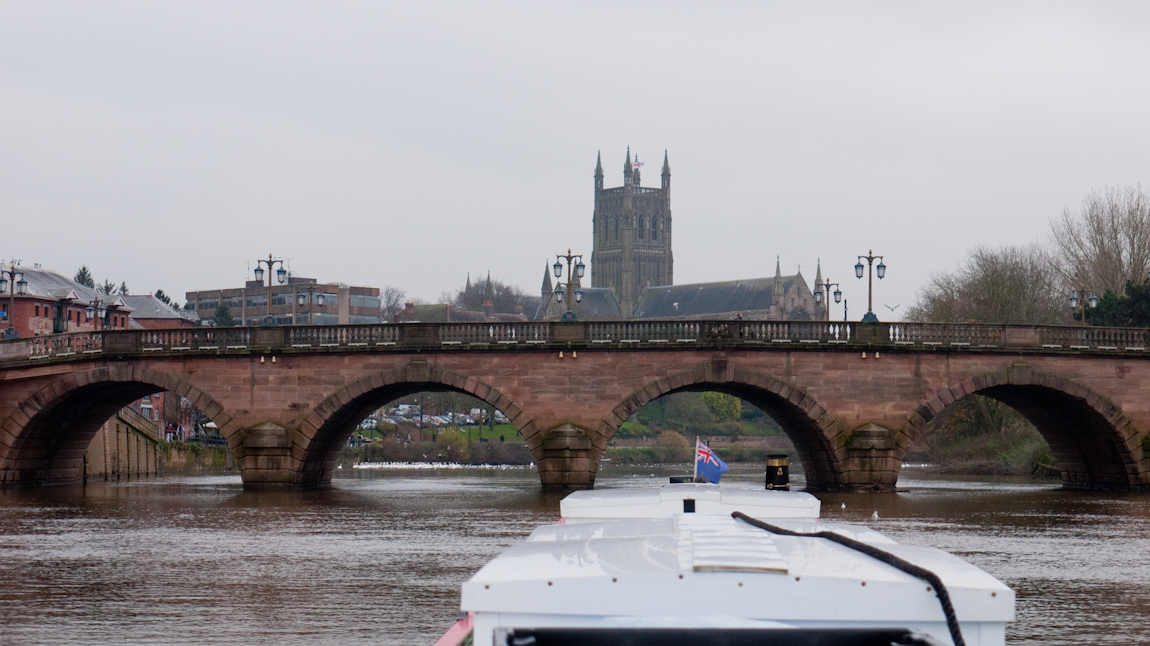 The magnificent Worcester Cathedral from the Severn 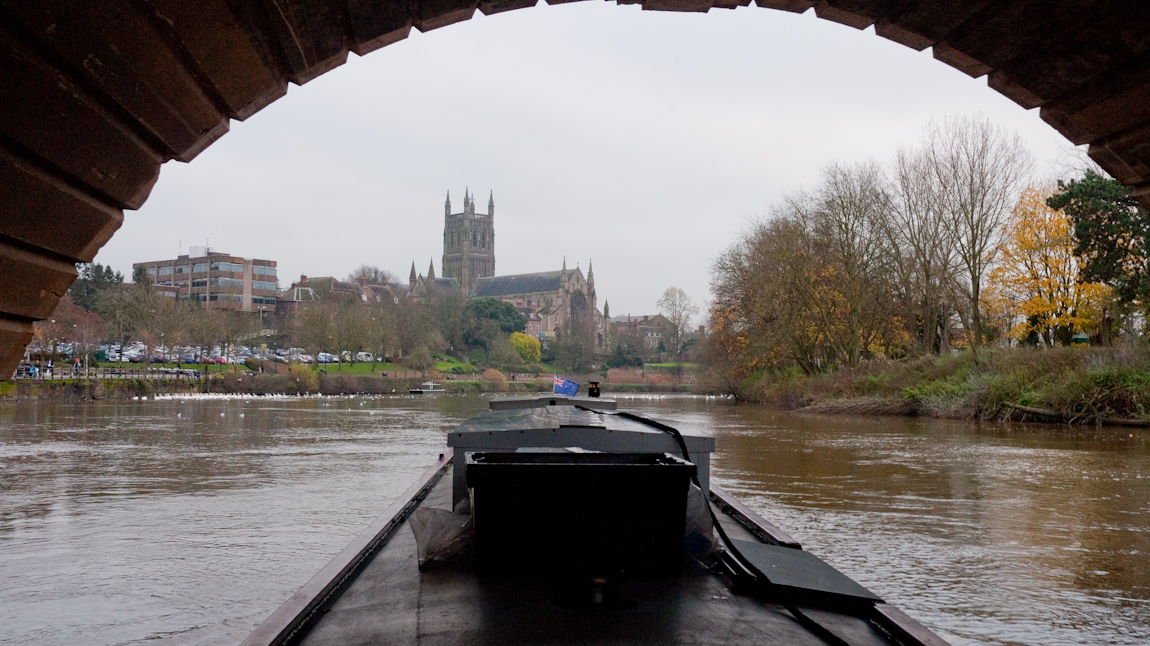 Swan sanctuary on the left 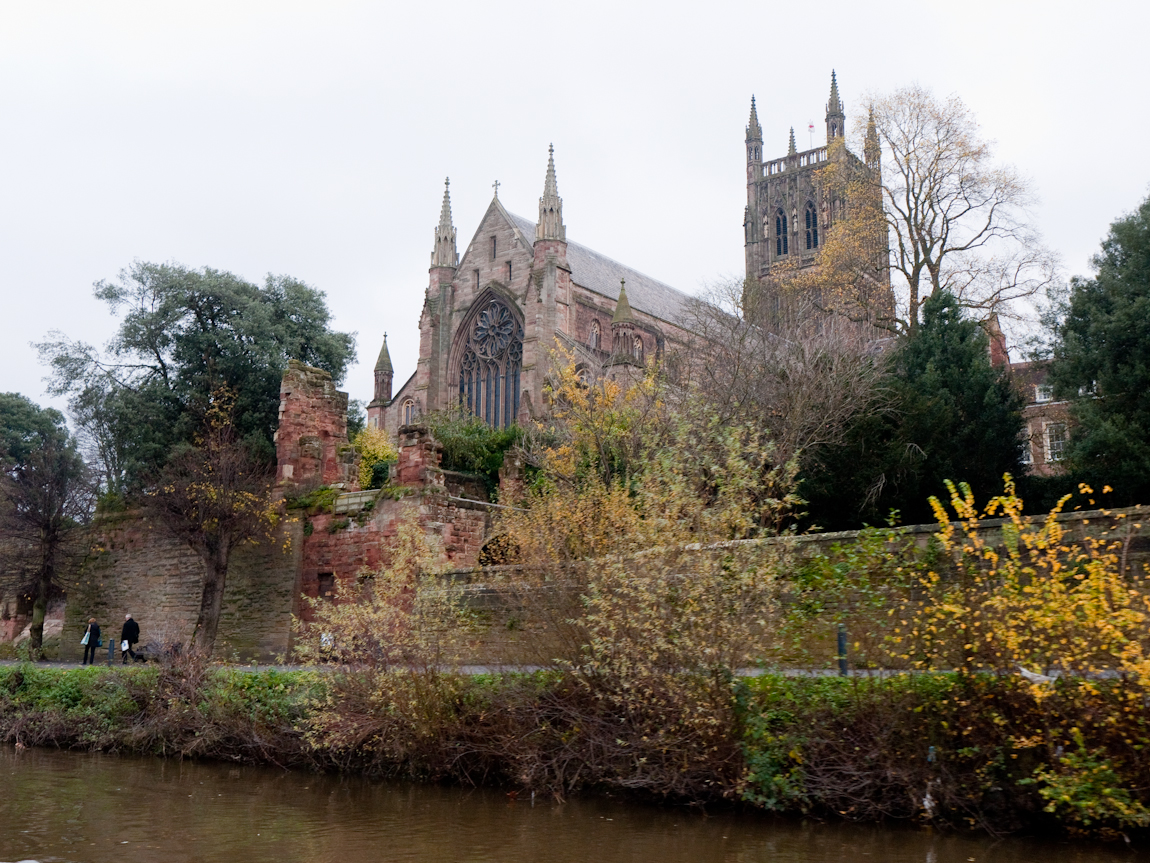 Watching over the river, Worcester Cathedral 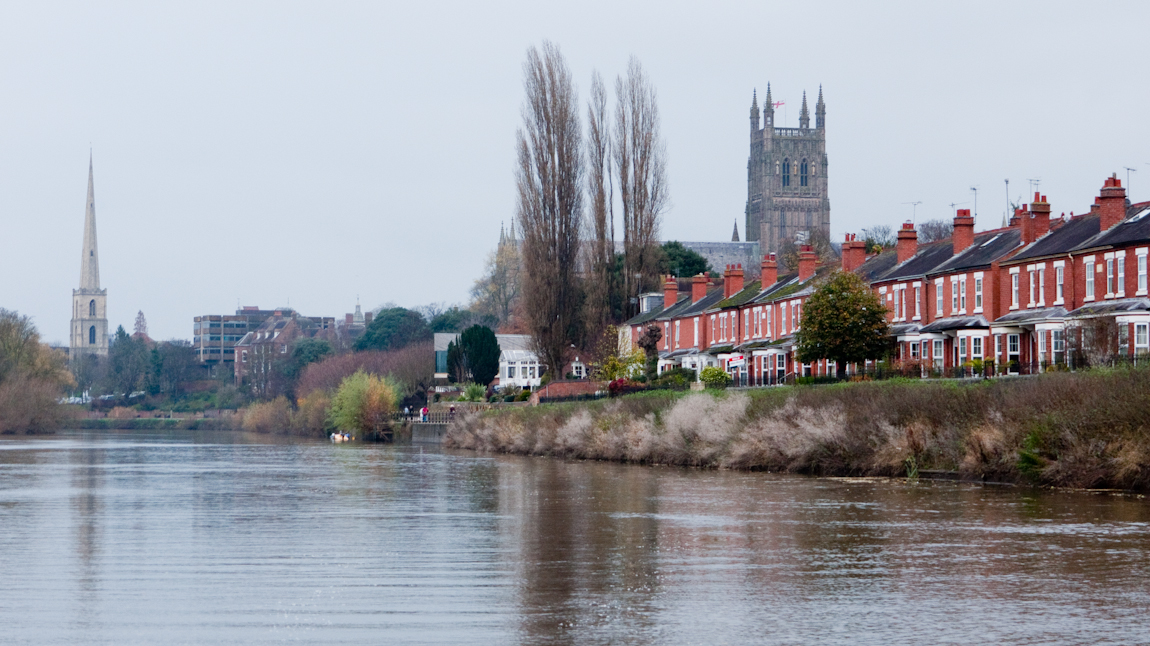 A pleasant stretch of terraced houses along the river 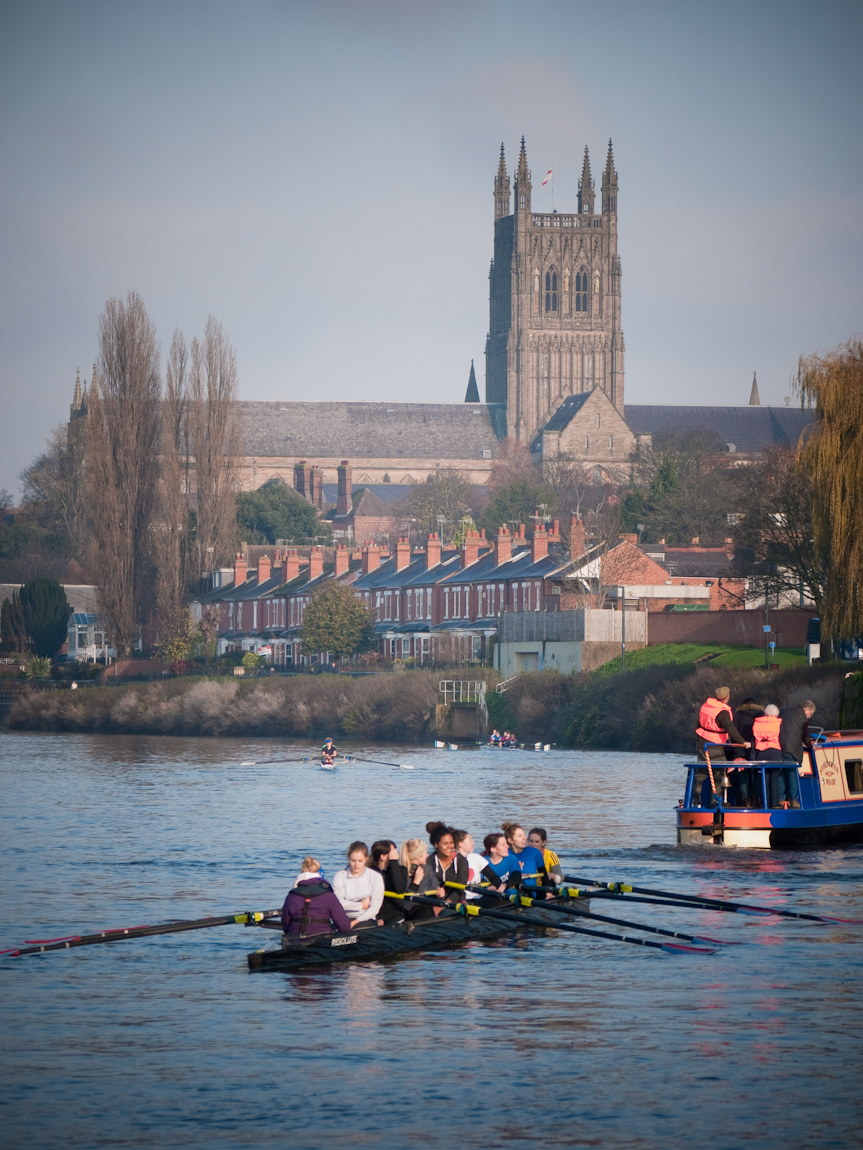 Rowers sharing the expanse with a narrowboat 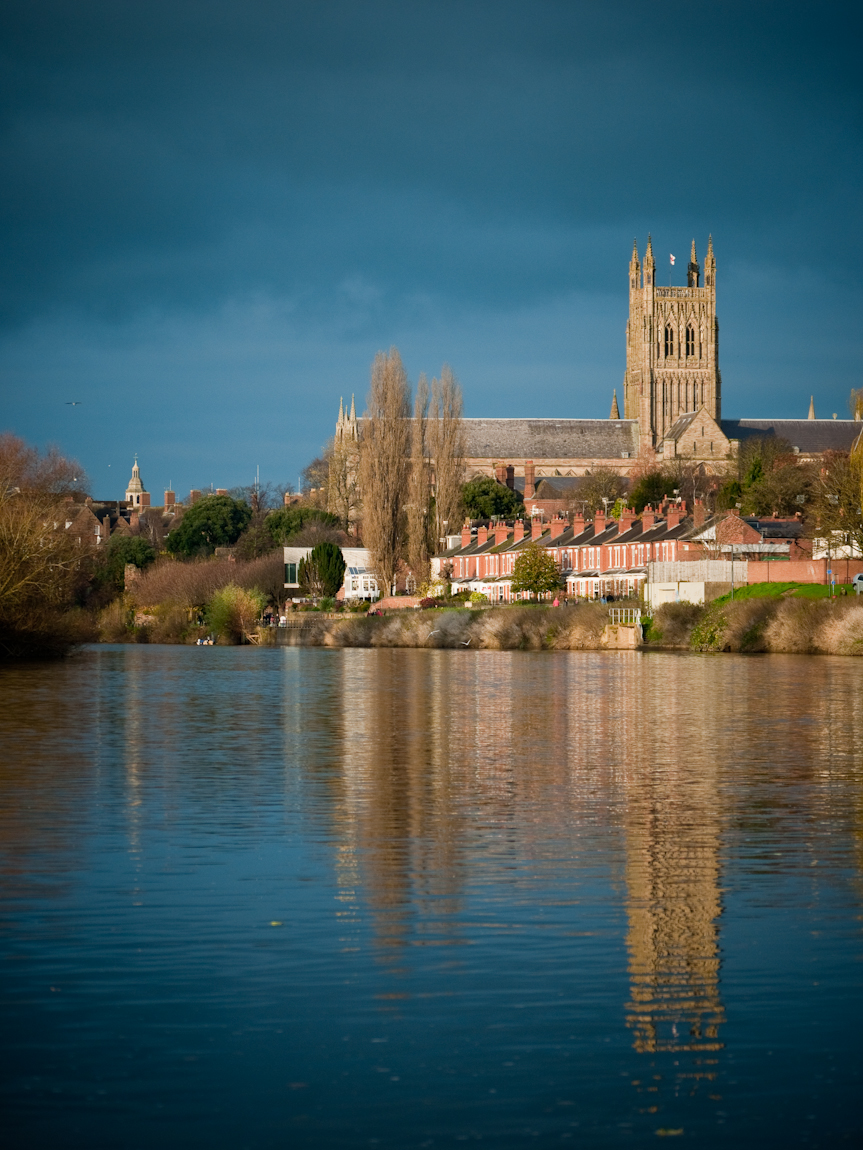 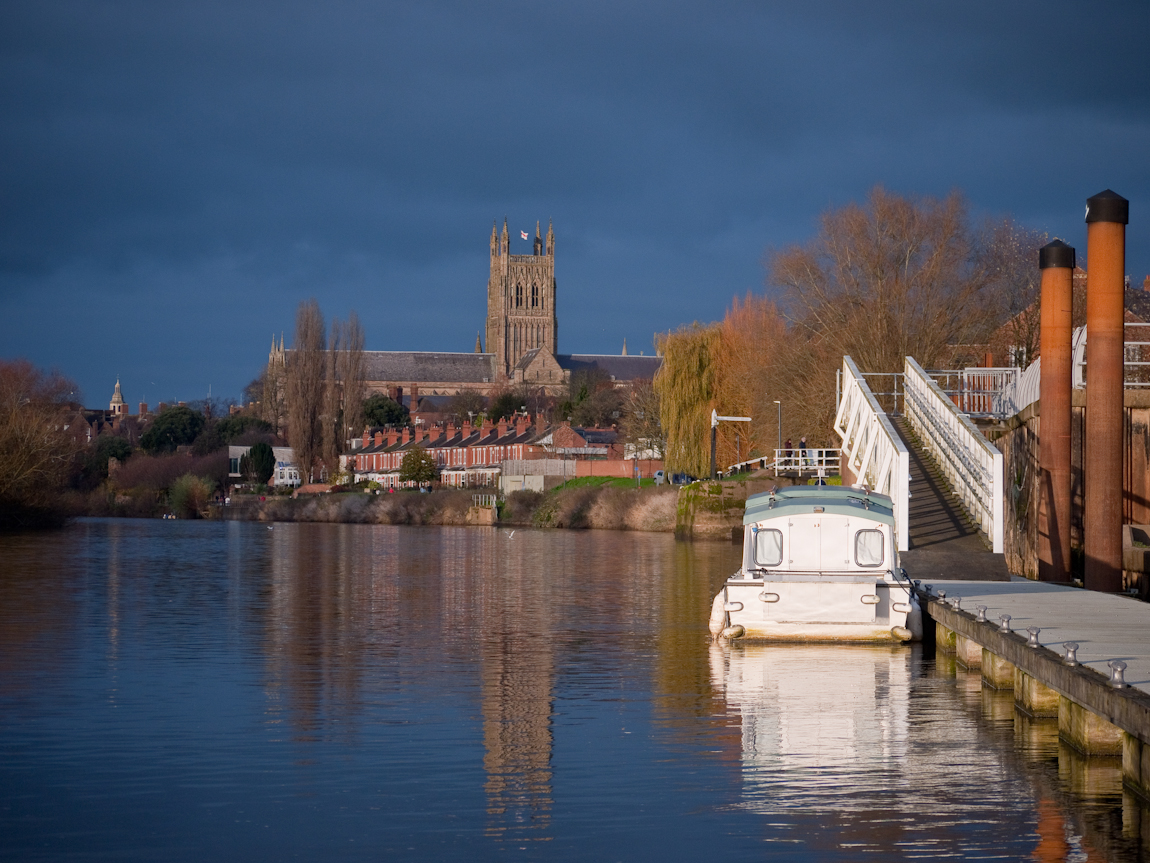 Not a bad mooring spot!

We’re really looking forward to venturing into new territory for us in March, further down the river Severn to Gloucester. I’ll make sure Barry has his camera close at hand …