Finally four weeks after dad was admitted to hospital following a nasty fall at home, he’ll be moving from the hospital bed he hasn’t ‘needed’ for at least the past two weeks (he was actually ‘officially’ MFFD (medically fit for discharge) three weeks ago on Monday), to what looks like a lovely Nursing Home a few minutes round the corner today.

It’s not a permanent bed, but what’s known as a DTA (discharge to assess) one. He’ll be there for around six weeks, fully funded, while his long-term care needs are assessed, and we’ll have the opportunity to look around for somewhere suitable closer to home after that.

Having left the health service in 2013 I’d forgotten how many acronyms the system uses much of the time without even thinking. I’m certainly learning lots of new ones atm (!).

I’m mostly staying with mum during this anxious time for her, and last night watched a TV news item about Emergency Departments across the country not being able to fulfil the government targets on waiting times. They reported that much of the time, especially during the winter months, it’s due to ‘… elderly people blocking in beds in hospital‘.

You’ll recognise why that didn’t surprise me in the least!

I’d love to be able to catalogue the journey dad’s been through in the past four weeks to demonstrate how their processes are contributing to this. When the NHS only runs a full service five days a week, and over a holiday period it drops to three days, understandably little gets done and the ‘Patient System Flow’ (I guess that’ll be known as the PSF?!) stagnates.

If you’re ever ‘planning’ an emergency hospital visit, my recommendation would be to aim for a Monday morning, and definitely NEVER over xmas and New Year.

It’s not the elderly people per se who are ‘blocking’ the beds. Enough said …

On the bright side, while being mostly confined to bed, Dad has received some fantastic compassionate and kind care from the health care assistants, student nurses, qualified nurses and doctors. To be honest it’s also the first time he’s ever been adequately screened and investigated, and I’m confident that as much as possible his care will be planned according to his changing and increasing needs in the future.

And one day I’ll live on board Areandare again and have some semblance of a ‘normal’ life.

Meanwhile, back on the boat

Apart from Christmas Day, Boxing Day, New Year’s Eve and New Year’s Day, Barry’s remained on board pottering around busying himself like a proverbial pig in the smelly stuff.

He’s used the wood from the cupboard that was removed for the fire, to make more shelving for the Boatman’s cabin, and a smaller removable table for the lounge.

He’s working on more posters showing some of the products The Home Brew Boat sells, which can be placed on the outside of the boat when we’re moored up – using magnets I think. There’s so much clever stuff around these days.

Oh and we’ve snatched the odd day or two together when one of my sisters has stayed with mum, and done some more exploring of the wonderful city of Worcester.

Barry will know it very well by the time we leave in March! 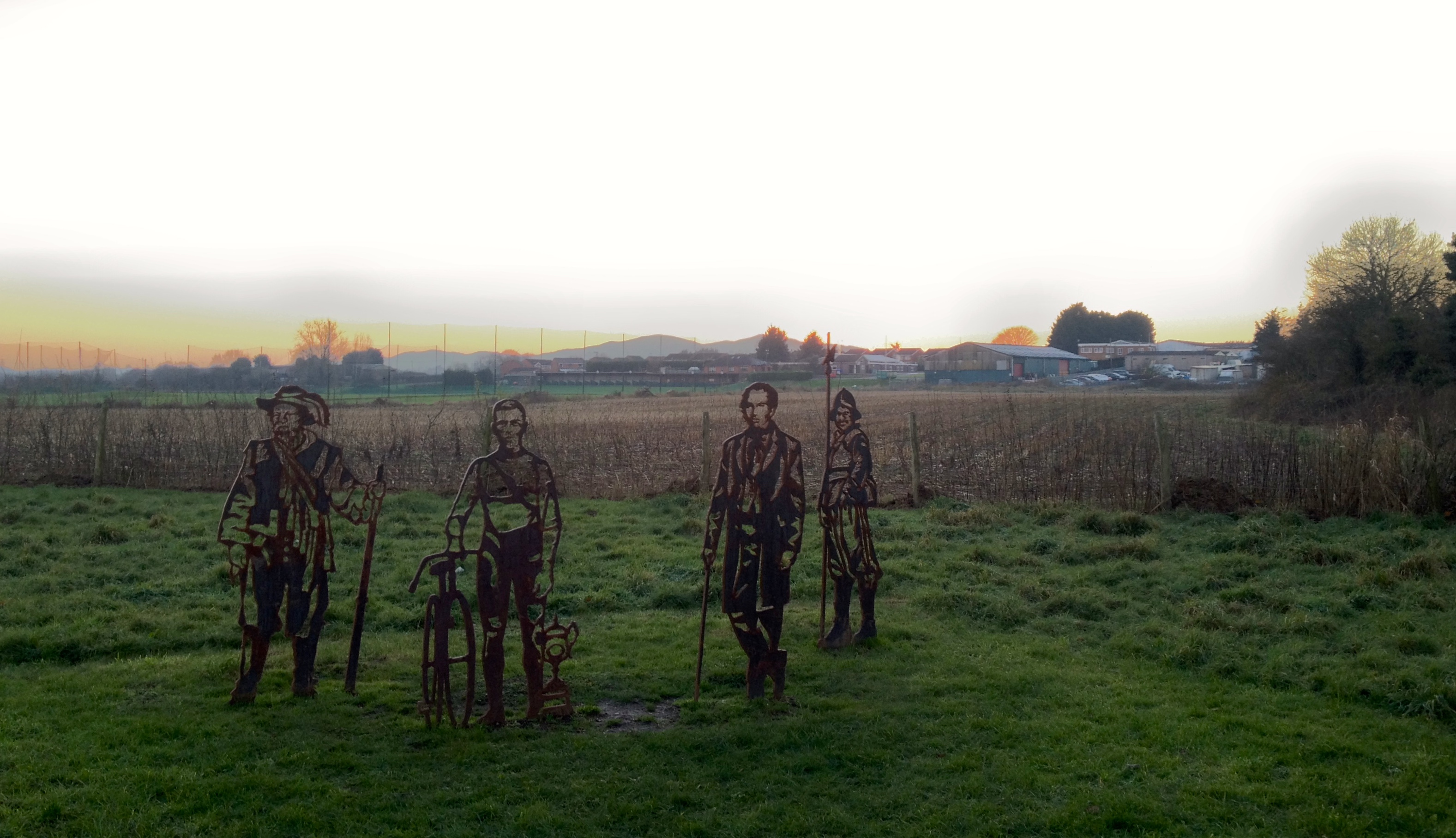 Sculptures next to Diglis Bridge, where the Battle of Worcester was fought in the late 17th century during the English Civil War 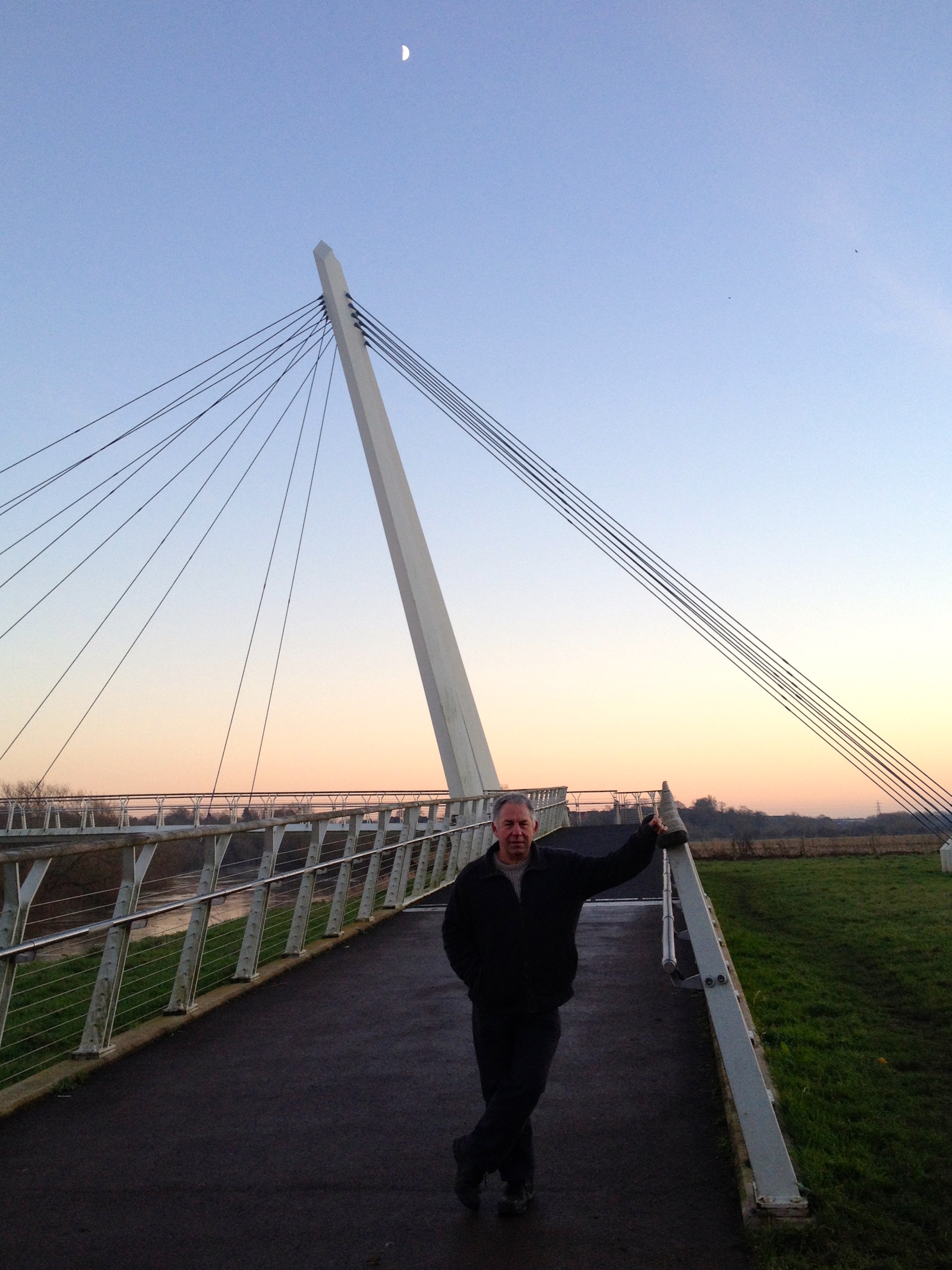 4 thoughts on “Unblocking the hospital bed at last”