When we returned to England from New Zealand last March, I noticed a significant change in my dad. His memory was poor, and his capacity for engaging with others was nowhere as near as it had been when we’d previously seen him 12 months before. His eyesight wasn’t too good either, but he insisted on continuing to drive.

After Barry and I experienced a hair-raising car journey from their home in Ombersley to Droitwich, I swore I’d never go in a car with him again – my dad that is, not Barry! My fear was that he would not only kill himself and my mum, but take out a few others along the way. A few months later and I’d persuaded him of the merits of discontinuing, though only once his doctor had advised against it too.

He loved the independence of driving, and it was very challenging for him to give that up.

He had a number of other challenges, which you’d expect at 93 years old. However, he’d always been fit and active, playing squash and tennis avidly for most of his life. In recent years however, after being asked to leave the local tennis club in 2007 because he was purportedly ‘slowing them down’, he’d lost interest in exercise. Walking was something he enjoyed when he could hike in the Lake District, or Scotland, but not just local walks in the countryside.

He’s hardly ever been unwell, and has never taken medication long-term. I reckon his heart is as ‘strong as an ox’ as they saying goes.

I wasn’t sure what services were available to help dad, and mum, to enable them to continue to live together safely.

Twenty months later and it’s taken an incredible amount of perseverance and fortitude to discover what they’re entitled to – and to finally get a diagnosis of vascular dementia and Alzheimer’s disease.

After things came to a head in May this year, we finally received some real support at home through Social Services – who were amazing. Through them, the Older Person’s Mental Health Team eventually became involved, and four months later, after a scan to discount any sinister goings-on in dad’s brain, a Consultant Psychiatrist visited last week and confirmed why his personality has changed so much.

I didn’t take any notes while she was chatting, imagining there’d be a follow up letter to dad and us. Asking about this she said that wouldn’t be possible, Worcester NHS Trust have a strict confidentiality policy whereby they can only write to the person’s GP with client information. How ridiculous is that? I despair. The PALS there may be getting a letter from me in the not too distant future … It’s Trust dependant I’m informed, as to whether they reveal all to the individual concerned. Hmm, interesting.

We’re now waiting for a community psychiatric nurse to visit and consider which medication to give dad, which may help to stop any further progress.

How sad is it, that should this happen, if we’d been speedier getting to this stage some of the damage already done could have been reversed? I guess if we’d foreseen this, we could’ve considered a private consultation. That’s the benefit of hindsight …

What else could I have done or be doing differently are questions I frequently ask. I’m a qualified nurse, and have had to be quite proactive to get anywhere – how do people cope with little or no medical knowledge I wonder? 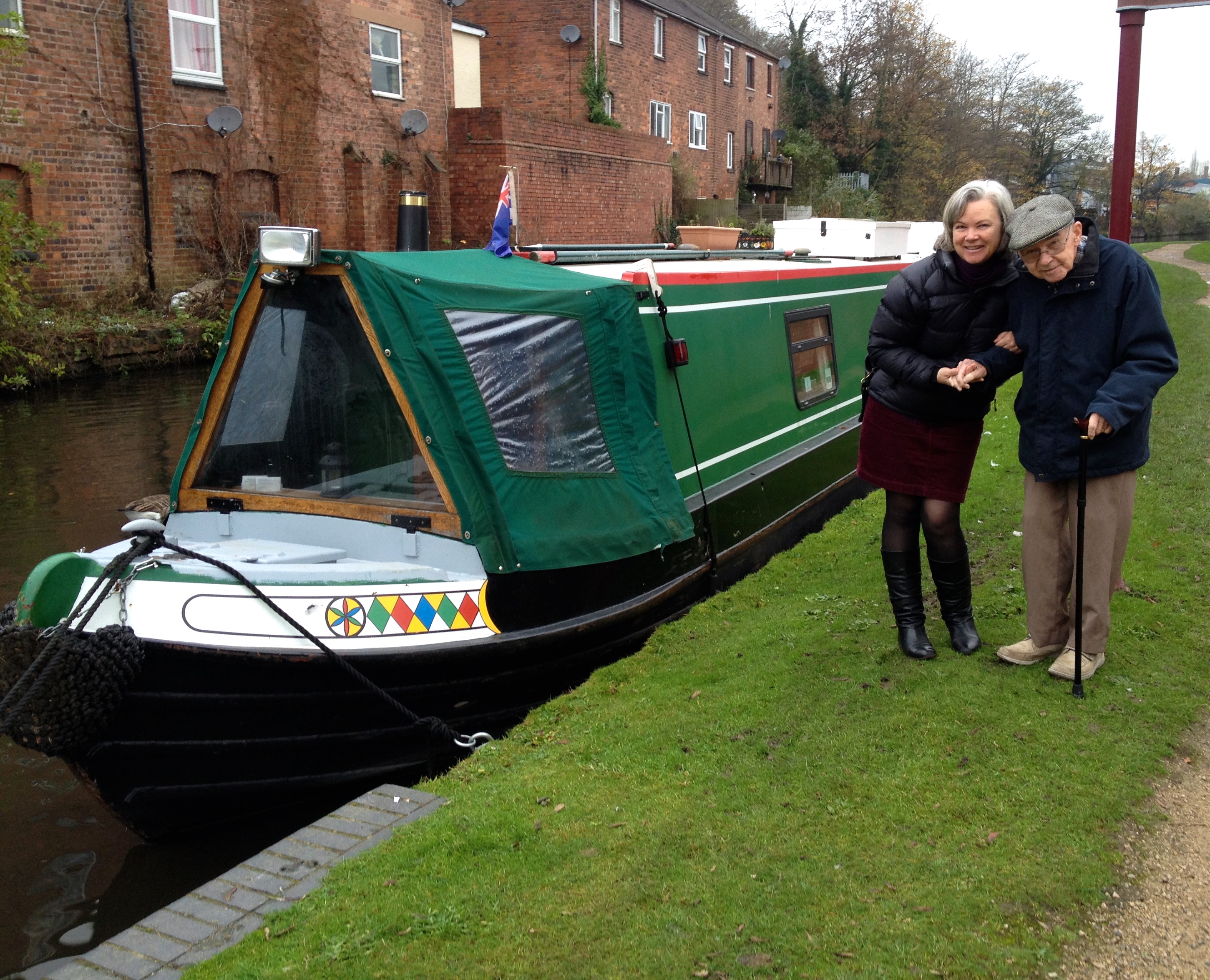 Visiting Barry in Kidderminster on Sunday

I’ve spent the last two long weekends with dad, and will be back there for a couple of days next week.

When I returned to Areandare last week, I realised how much Barry was getting used to me not being on board, when he entertained me with a medley of Pink Floyd and The Who!

4 thoughts on “A delayed diagnosis of dementia – is it too late?”