We’re loving our new look Areandare. The cut out of the dividing wall from the kitchen to the lounge has made a huge difference to the feel of our living area, and transporting meals and drinks is so much easier. 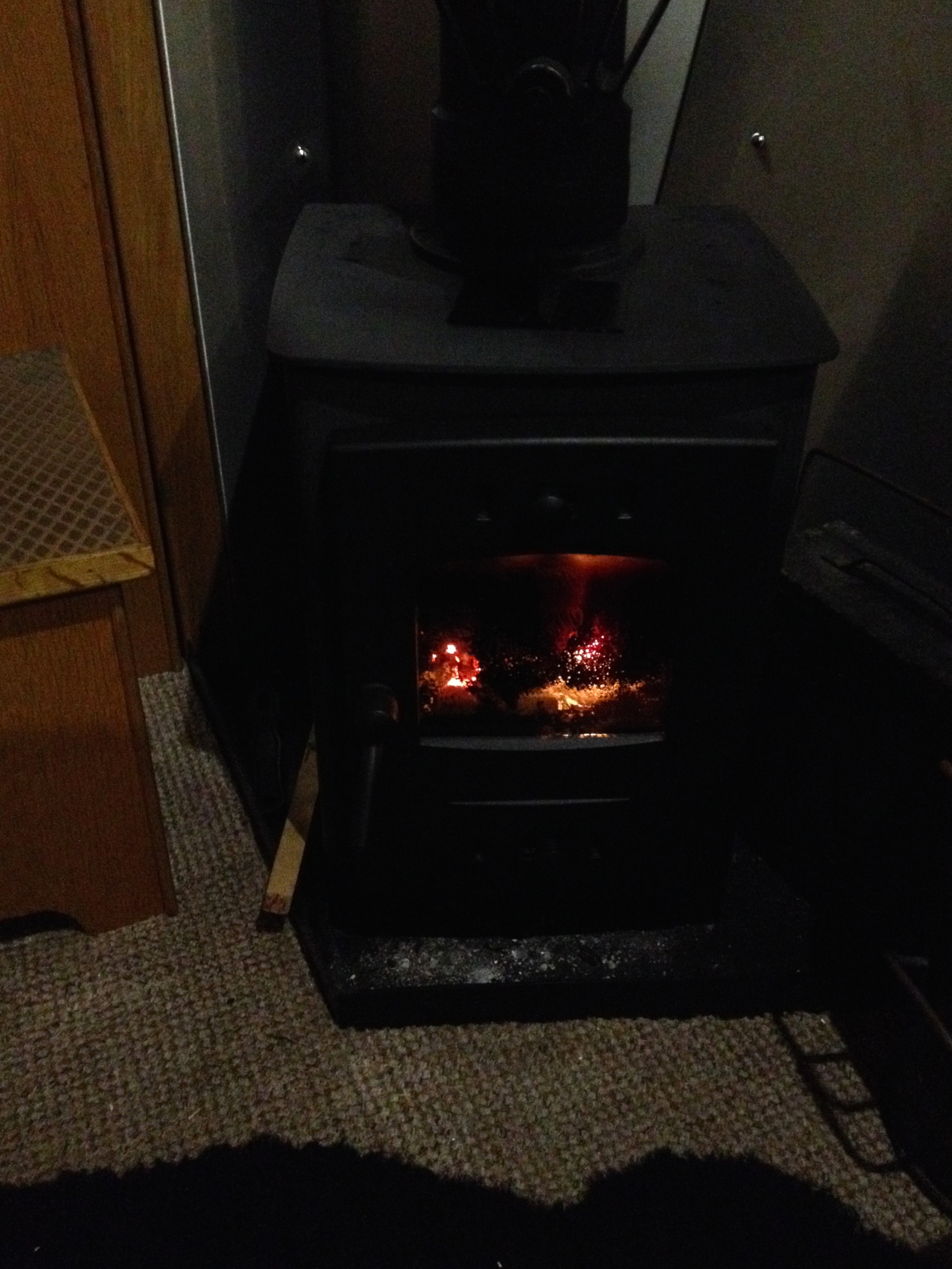 Small is beautiful and plenty of heat to keep us cosy

What we omitted prior to leaving Oxley Marine, was the opportunity to buy more coal and kindling – silly us! I guess it’s something we’ll get used to and maintain a stock in future.

Luckily we had some left over from the Epping stove, and a few bits of wood to start us off. Barry’s bought some kindling in Asda today, but we’ve not found coal yet – we’re in the middle of The Black Country for goodness sake …

If anyone knows of a good source let us know.

We’re in Merry Hill for a night or two, then Barry will be heading to Stourbridge once I’ve left him – again – as it’s my weekend at mum and dad’s.

Last night and today has been rather cold, I suspect the clear sky and full moon included a frost. I even put my long sleeved fleece nightie on as I just couldn’t get warm enough to go to sleep despite the toasty body lying beside me.

We’re heading south slowly, for our three-month winter mooring at Worcester Marina. I’ll be grateful for the stability to be honest, as we’ll be close to public transport to get me to my parents and other places.

I have no problem catching trains and buses as I’m not having to rush anywhere, though getting from here to Ombersley tomorrow is going to entail a bus to a train to a bus and a short walk! It’s seriously not far, but sometimes it’s more complex than others.

I still prefer it to driving on the busy roads here, especially when you’re used to travelling at less than three miles an hour 😉

We’ve been making headway organising festivals and possible routes for 2015.  Some events will be ones we’ve enjoyed this year, and a few new ones. We’re booked into a huge festival in August at Blisworth which will be fabulous, and may even go as far south as Banbury for their ‘Canal Day’ in early October.

We’ve met so many friendly and fascinating fellow traders in 2014, many of whom we keep in touch with and will be ‘working’ alongside again. It’s a very different way of earning an income than having a structured schedule of work days each week, in the same place, with the same people.

It has it’s drawbacks of course, such as having to do accounts and not having a set and secure income to depend upon.

This year we set the foundations for our three businesses – next year we’ll be so much more experienced. Which is helpful seeing as we won’t be able to live off our savings anymore, they’ll be securely stored in the bank ready for Barry’s next UK visa application in November 2015!

Anyone readers Facebook who want to support us in a small way (apart from buying home brew, having some life coaching or booking a face painting party that is!), we’d love you to ‘like and share’ our pages – The Home Brew Boat, Awaken Life Coaching and Funtastic Facepainting.

Interesting times ahead, none of us know what the next day will bring …