Here’s the second part of Barry’s Birmingham images from a few weeks ago, while I was away at my parents, including some spectacular shots – not least of which are of my lovely friend Alison and her husband Paul. They met serendipitously for the second time this year, and enjoyed a drink or two together. Paul apparently remarked that he’s wondering if Barry’s keeping me in a cupboard somewhere, as every time they see him I’m nowhere to be found! 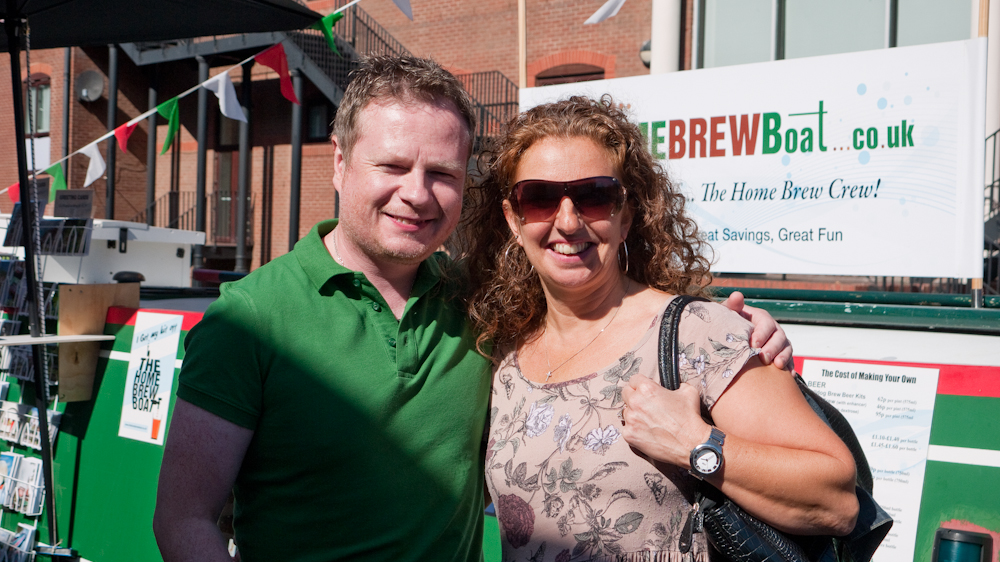 Paul and Alison soaking up the sunshine

This was also the first time Barry’s ventured inside The Cube, an imposing and unusual building towering above Gas Street Basin and The Mailbox in Birmingham. He’s really captured some of it’s magnificence I believe … 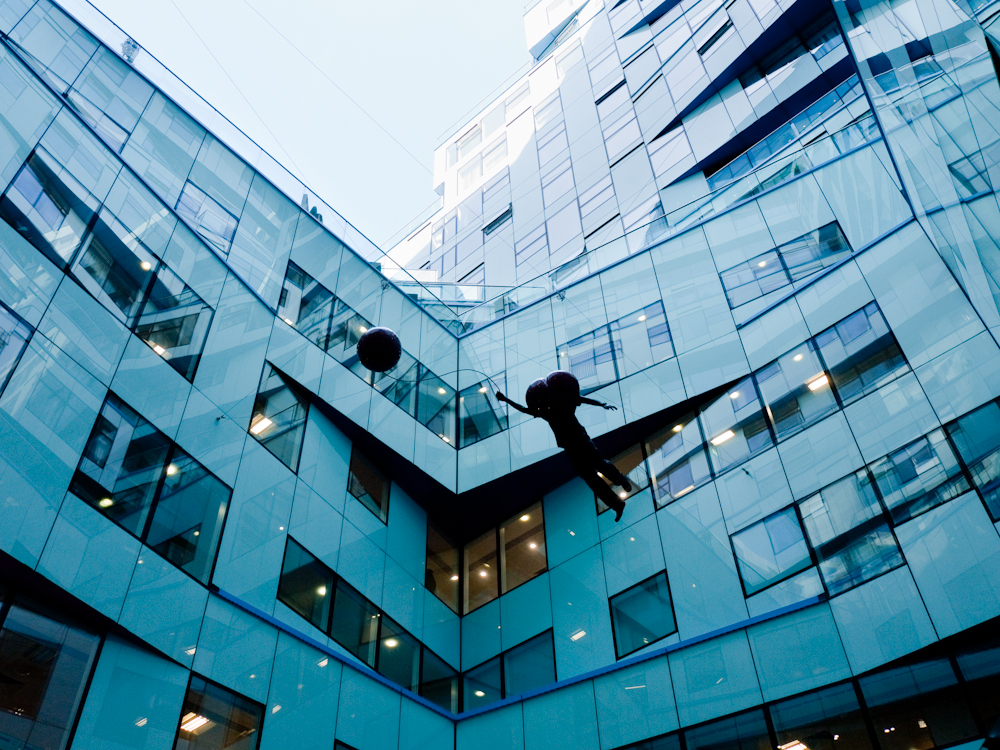 Barry’s first visit inside The Cube … looking up 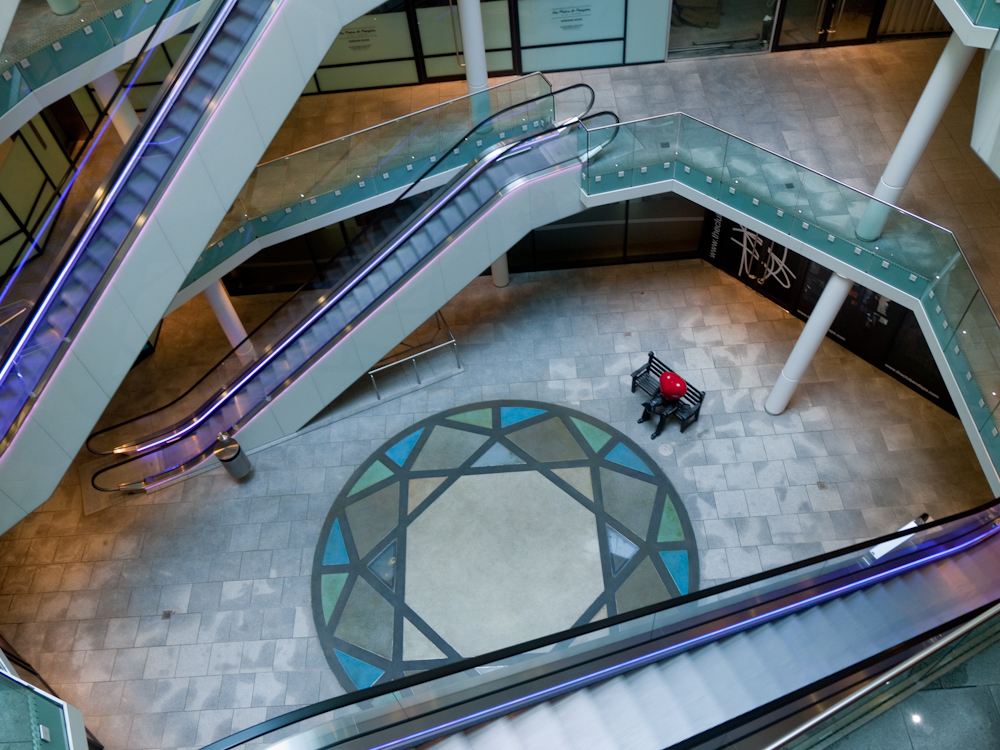 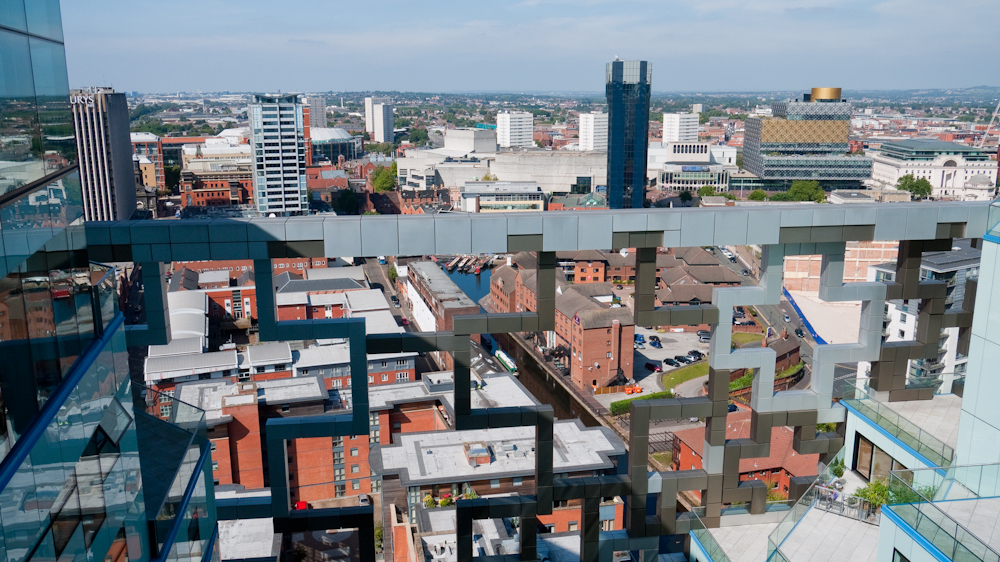 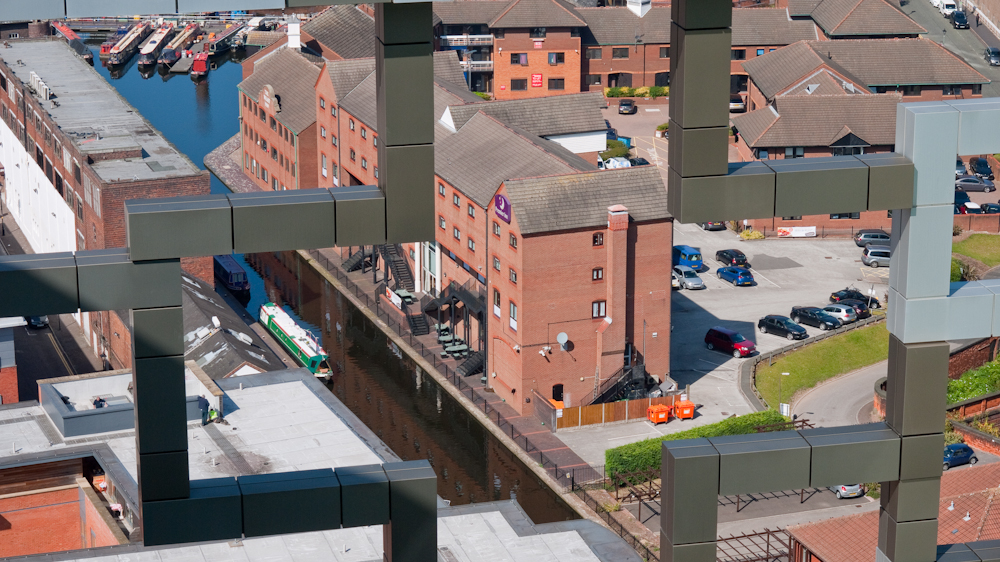 and there’s Areandare! The view from Marco Pierre White’s Steakhouse Bar and Grill on the top floor 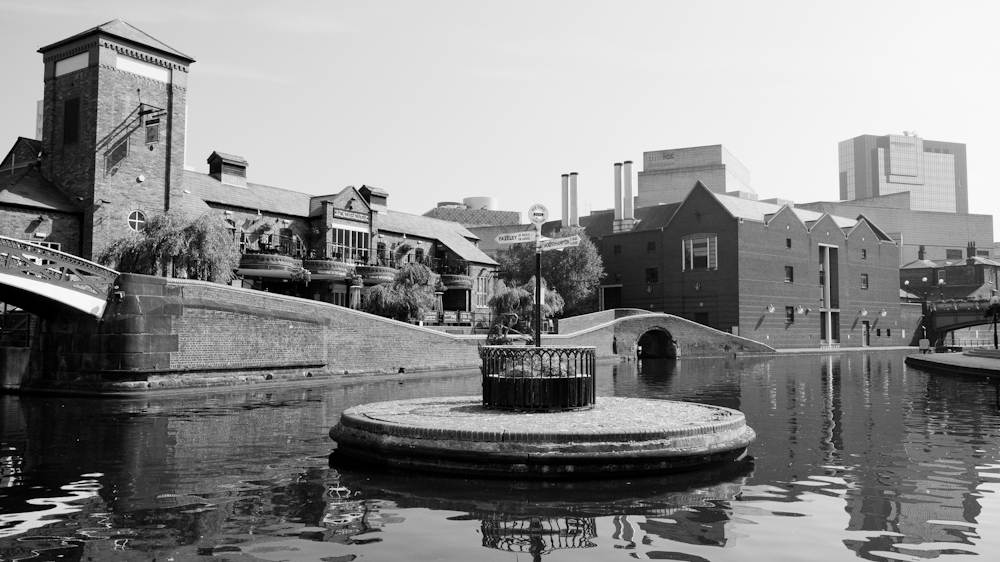 The three-point roundabout – Old Turn – taking you either to Brindley Place and Gas Street Basin, Farmer’s Locks or the Birmingham Main Line 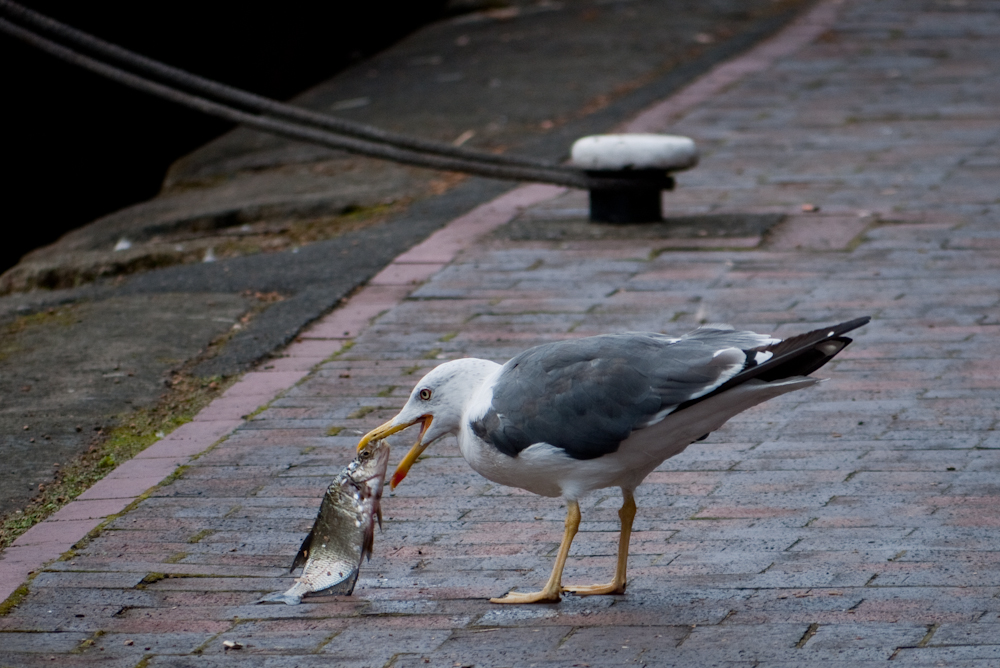 Why are there seagulls in Birmingham? Obviously for the plentitude of fish! 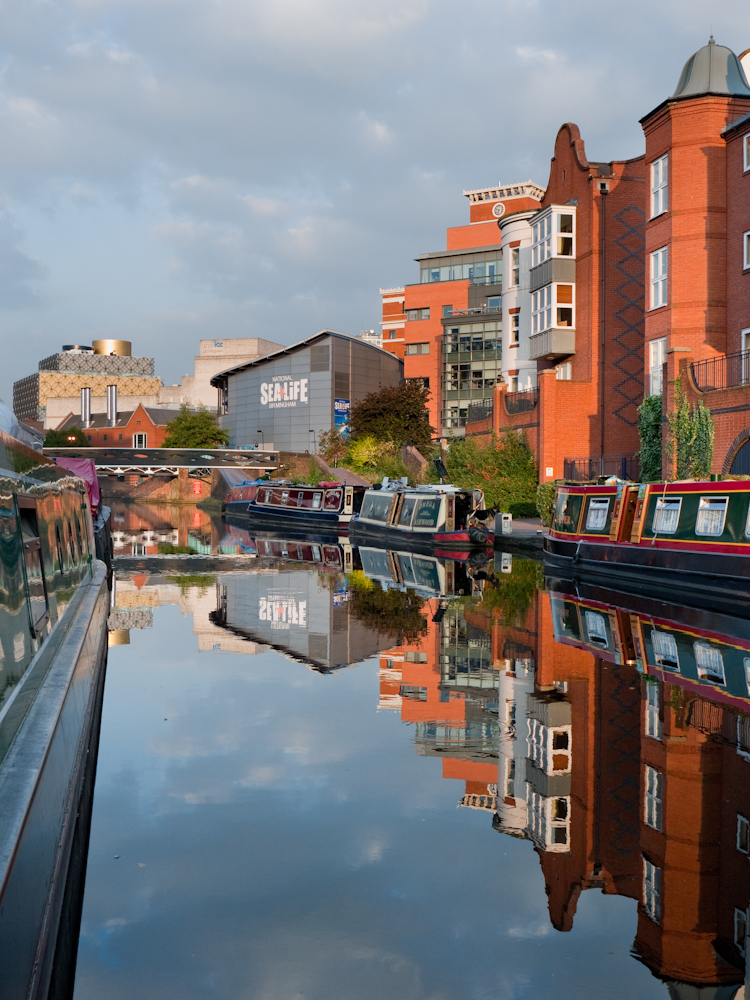 It may be in the middle of Britain’s second city, but it’s still a splendid spot – and the brand new Birmingham Library is in the background looking stunning 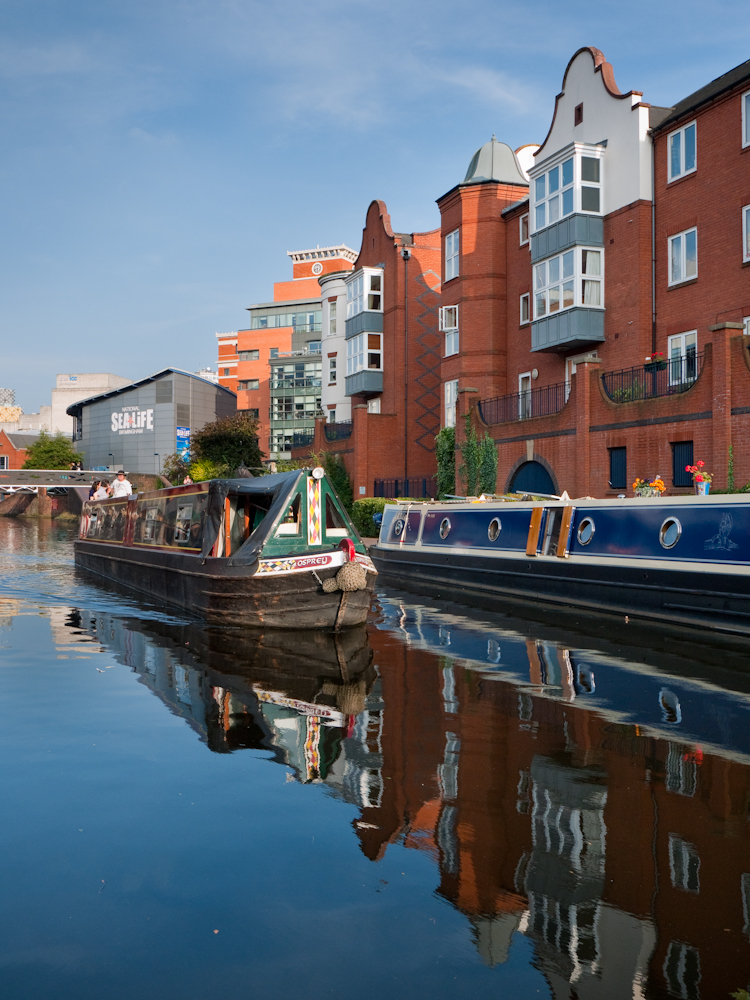 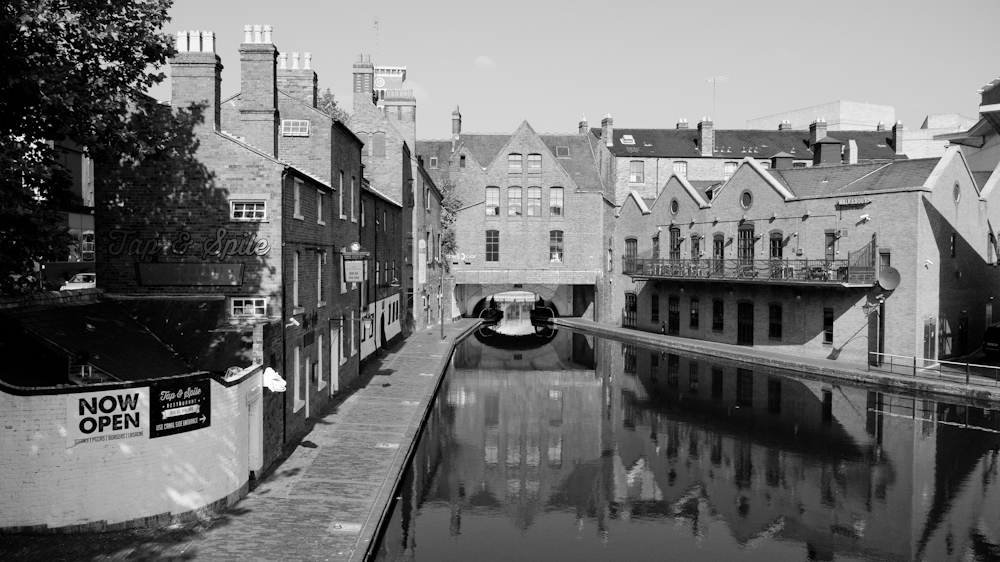 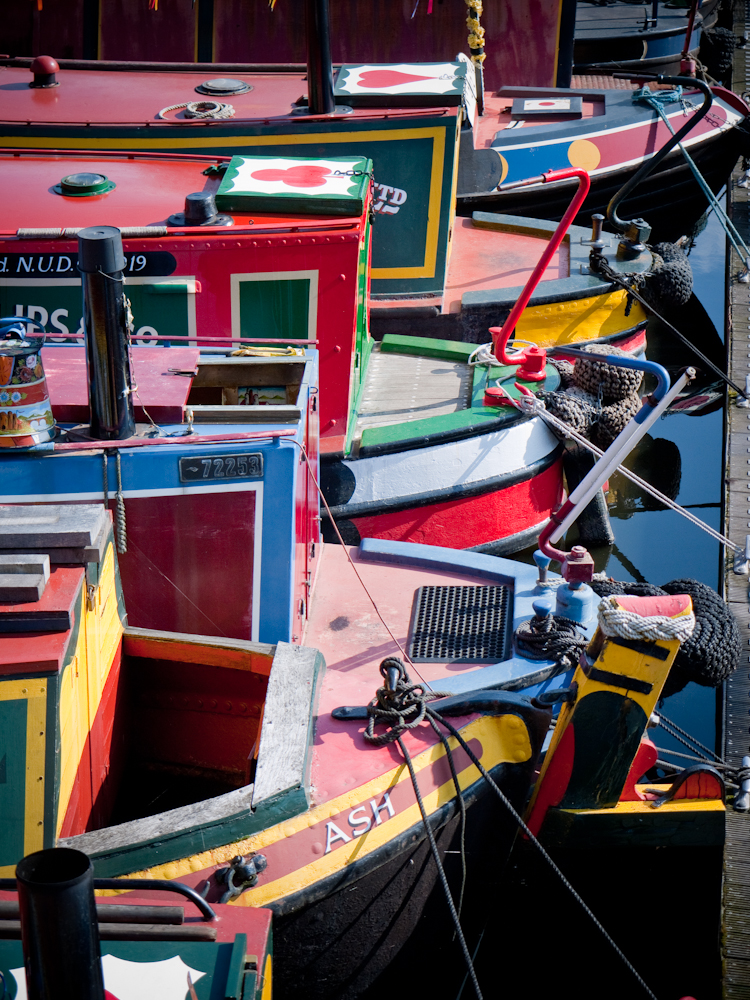 A colourful collection of narrowboats 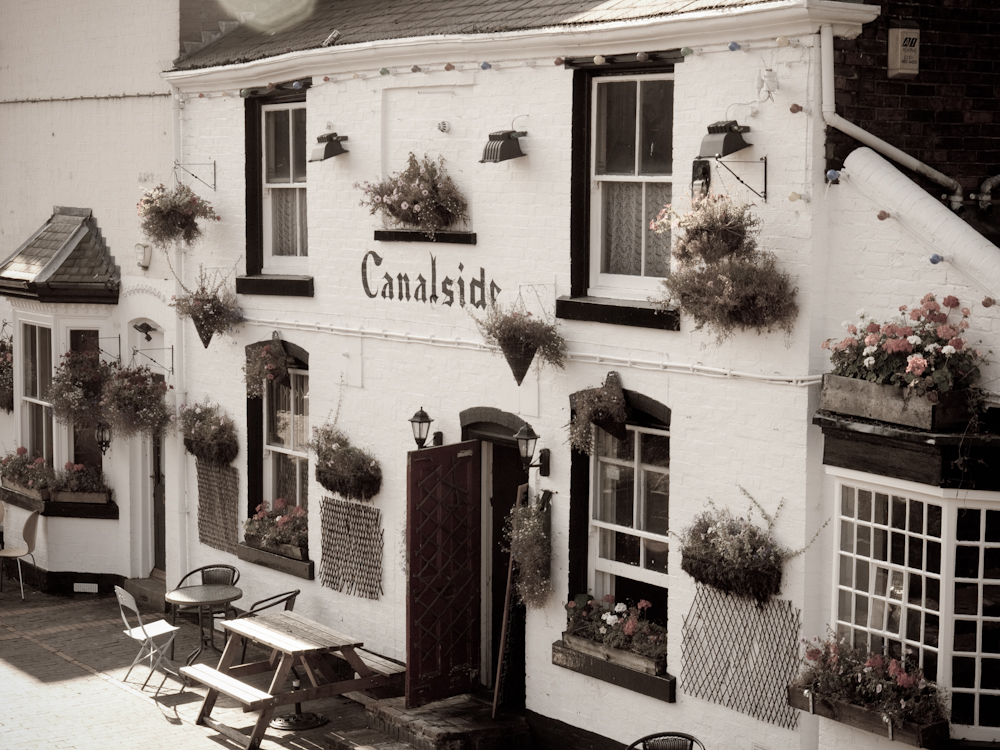 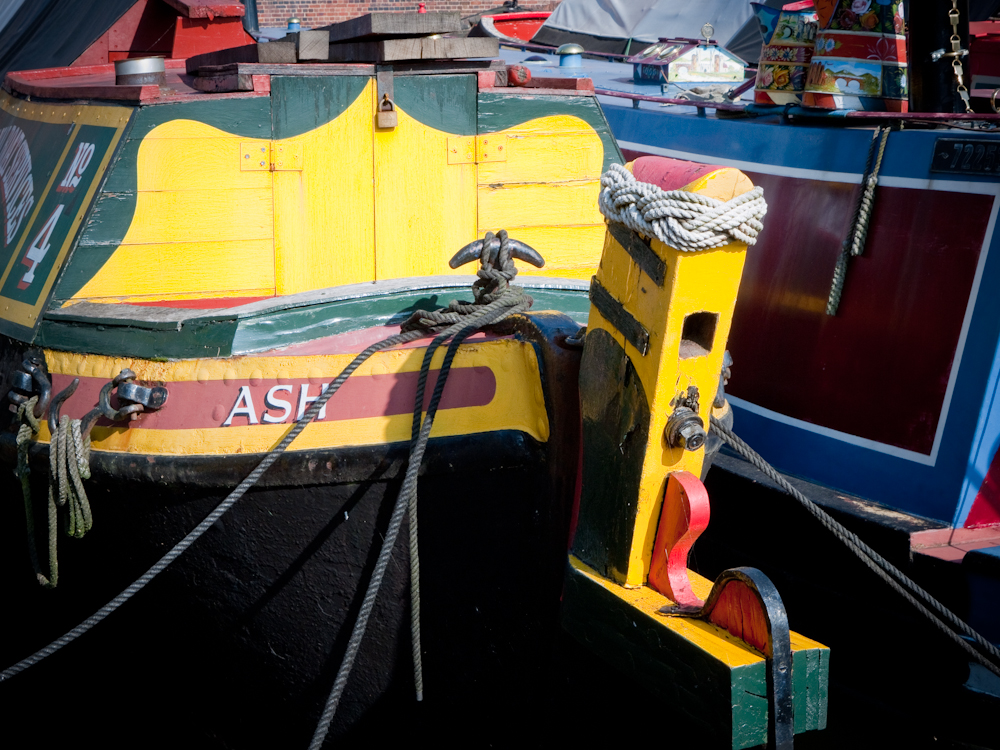 Look at the rudder on that! Actually, it’s called an ‘elm of a nutty, Barry thinks, please feel free to correct him/us (revised after comments – the ‘ellum of a butty, don’t you just love the automatic spell changer! … 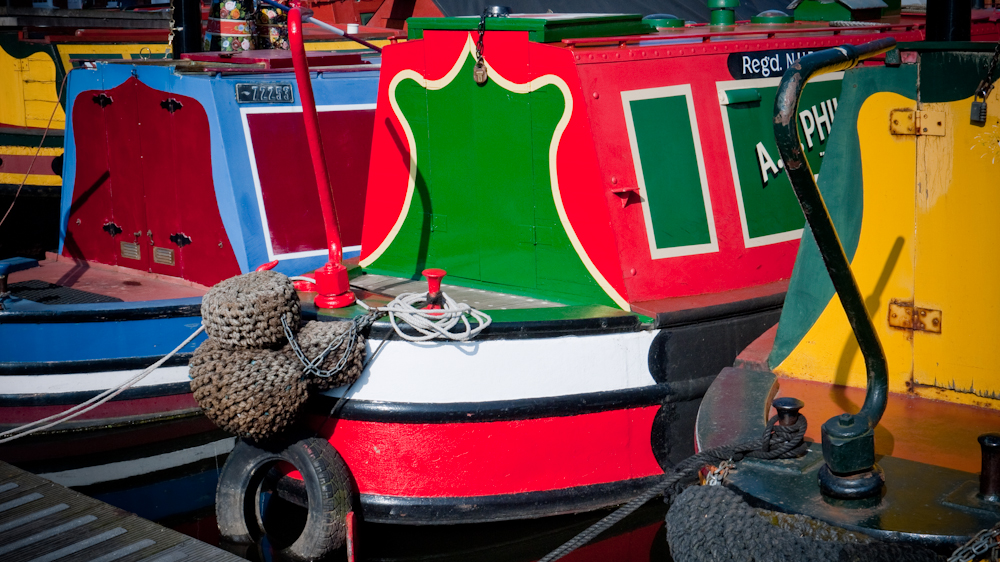 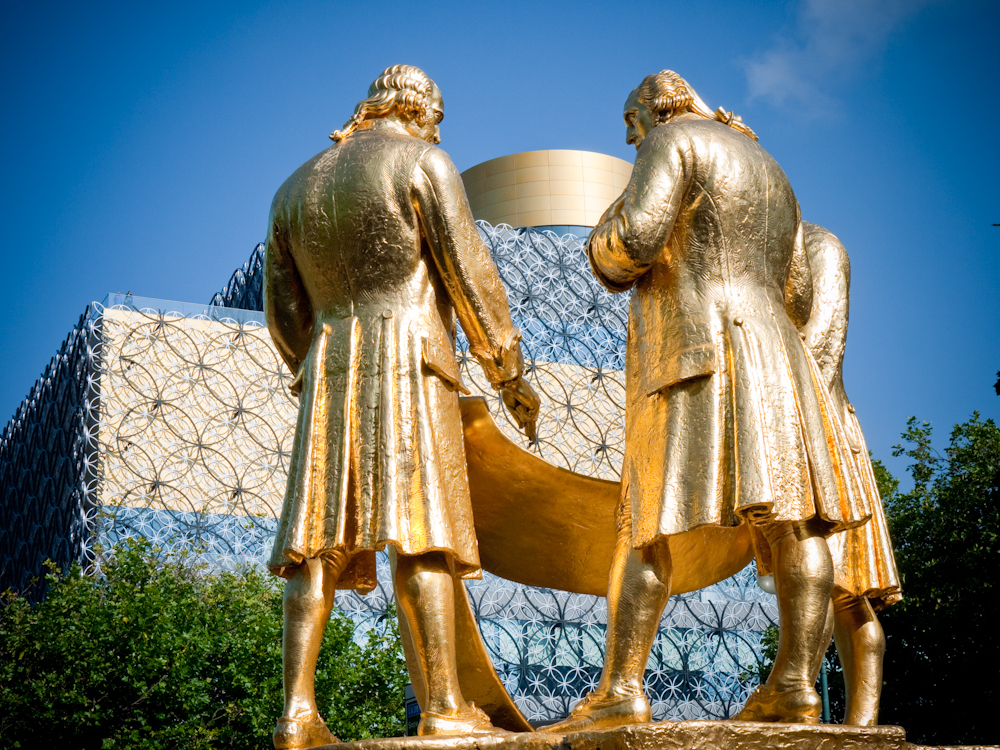 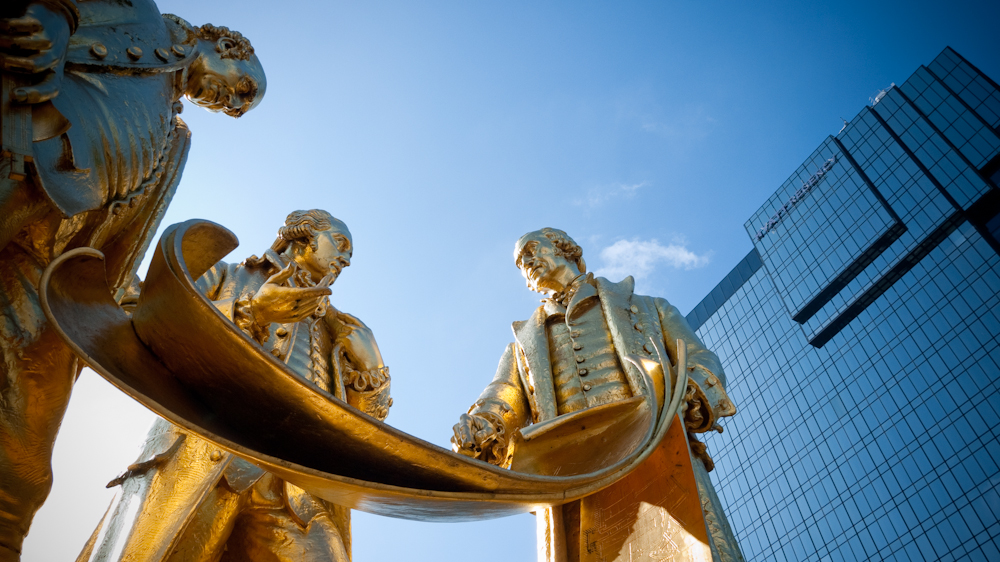 … the statue is a memorial to the ‘Lunar Society‘, “… a dinner club and informal learned society of prominent figures in the Midlands Enlightenment, including industrialists, natural philosophers and intellectuals who met regularly between 1765 and 1813 in Birmingham, England” – they met monthly on the night of the full moon, so they could see their way home! 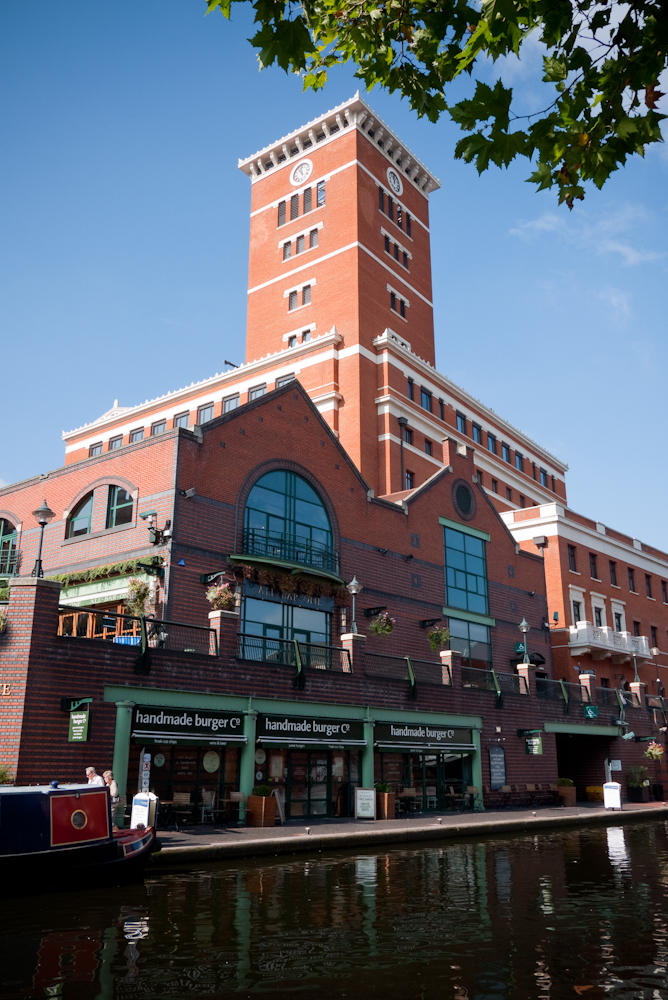 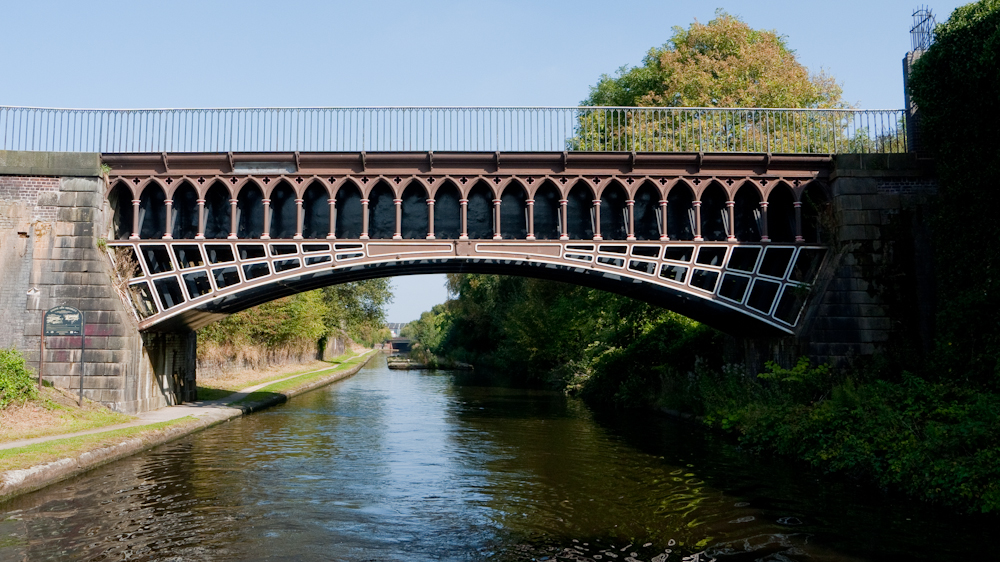 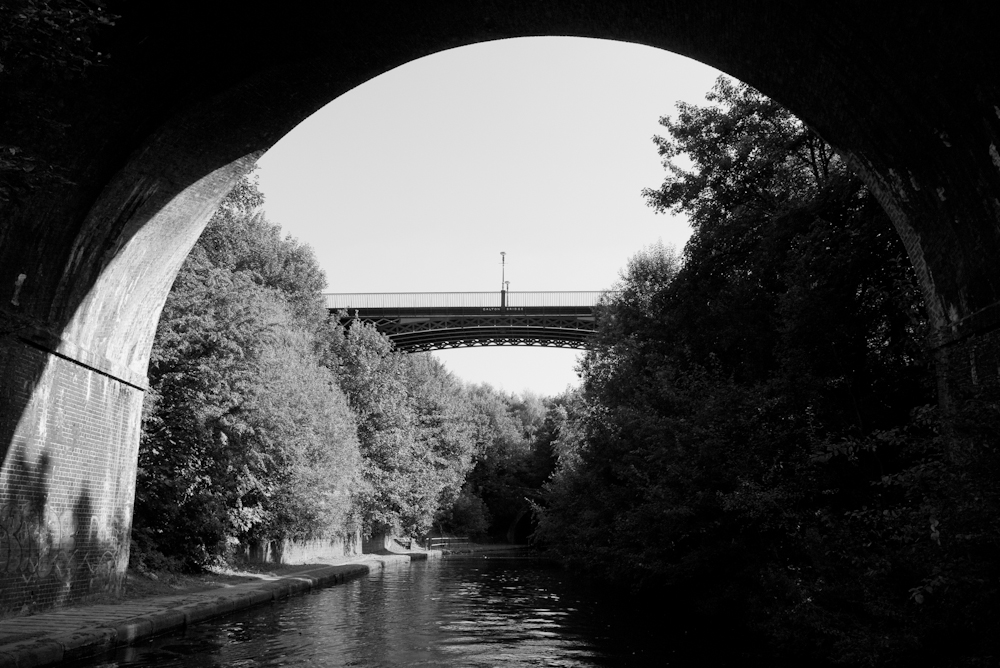 Smethwick Galton Bridge – Sandra’s been over this numerous times by train this year! 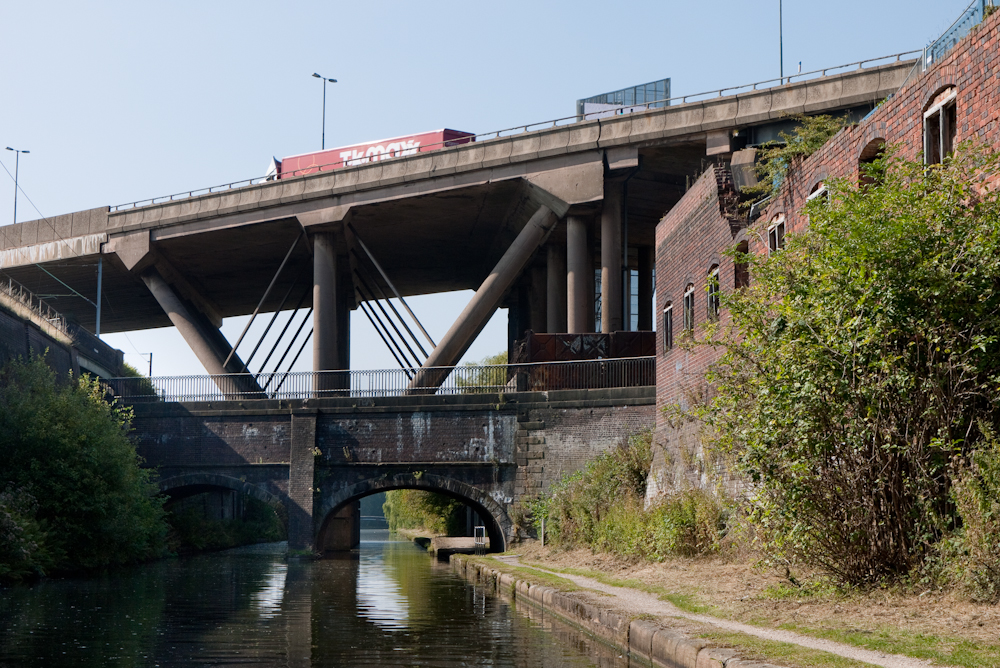 The M5 crosses the new Main Line canal, with the Old Main Line crossing by aqueduct

We’ll be leaving Birmingham today, with 18 locks to descend to get to Digbeth for The Bond Autumn Market on Saturday. We’ve caught up with Andrew Denney, aka Granny Buttons, a couple of times – and yes even remembered to take a photo! I’ll keep that and a few snippets about our time in Birmingham this time, for our next post.

This one is for savouring the shots …

4 thoughts on “Birmingham through Barry’s lens – having a walkabout”